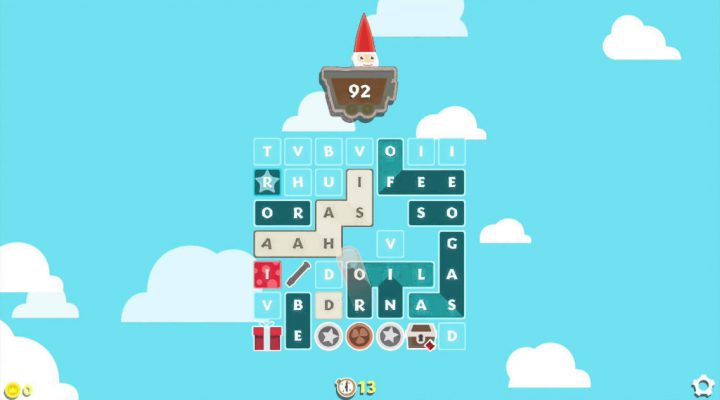 Offers a lot of depth once you figure things out.

Game is very complicated and busy, making it difficult to break into.

Gnomes have been guarding humanity’s crops and gardens since at least the 17th century, so you can’t really blame them when they peace out from your petunia patch to try something different. That seems to be the goal of the letter-loving gnome who stars in Retrodigio’s word game, Gnomium: Pocket Edition.

Gnomium is a pretty deep title. And hanging around with gnomes is rarely a bad choice, as long as you mind your manners (they can be temperamental after drinking all afternoon, and let’s just say there’s not much else to do when you’re tasked with watching over gardens). But there are definitely some flaws in this game, and many of them revolve around it being needlessly complex.

You’ll probably find yourself running back to the tutorial and rule book again and again, just to remember what’s what. That’s not necessarily a terrible thing — and all the rules and regulations eventually fit together, so long as you’re able to imprint them on your memory — but when you’re playing a word game, your energies should go into building the best words possible under whatever circumstances you’re handed. 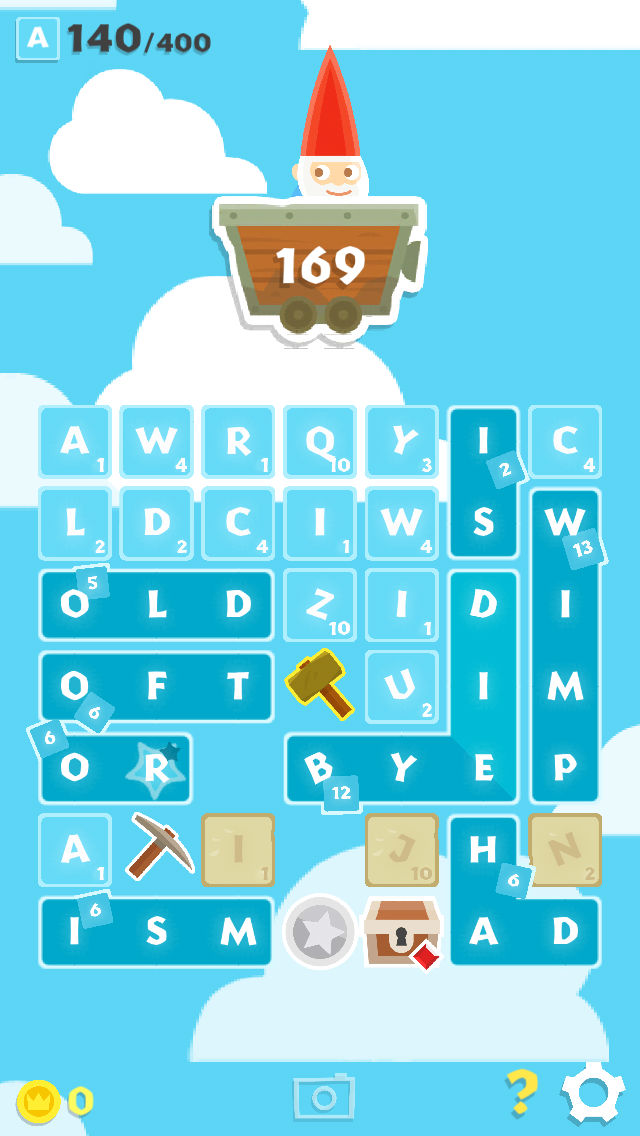 Some of my favorite word games include High Rise Heroes, Moldicide, and Alphabear, in addition to mobile classics like Words With Friends and Bookworm. These games are fueled by different concepts, but they have a couple of things in common: They’re well-polished and adhere to a simple ruleset.

By contrast, Gnomium had me scratching my head for a good half-hour before I started to suss out what it wanted from me. Even after my supposed revelation, I found myself asking “What’s going on? Why won’t this work?” more than once.

In time, I realized Gnomium is much like Scrabble. You spell words by matching up letter tiles, and then make more words out of those words. When you assemble a word group of a certain value, you can tap it to “mine” bronze, silver, or gold. Words with higher point values bring in more money.

You start with 400 word tiles. One tile is taken from your queue with each passing second. Moreover, creating words eliminates tiles, so it’s in your best interest to make sure the words you spell are profitable. Low-point words use up tiles, but don’t offer rewards when they’re mined. 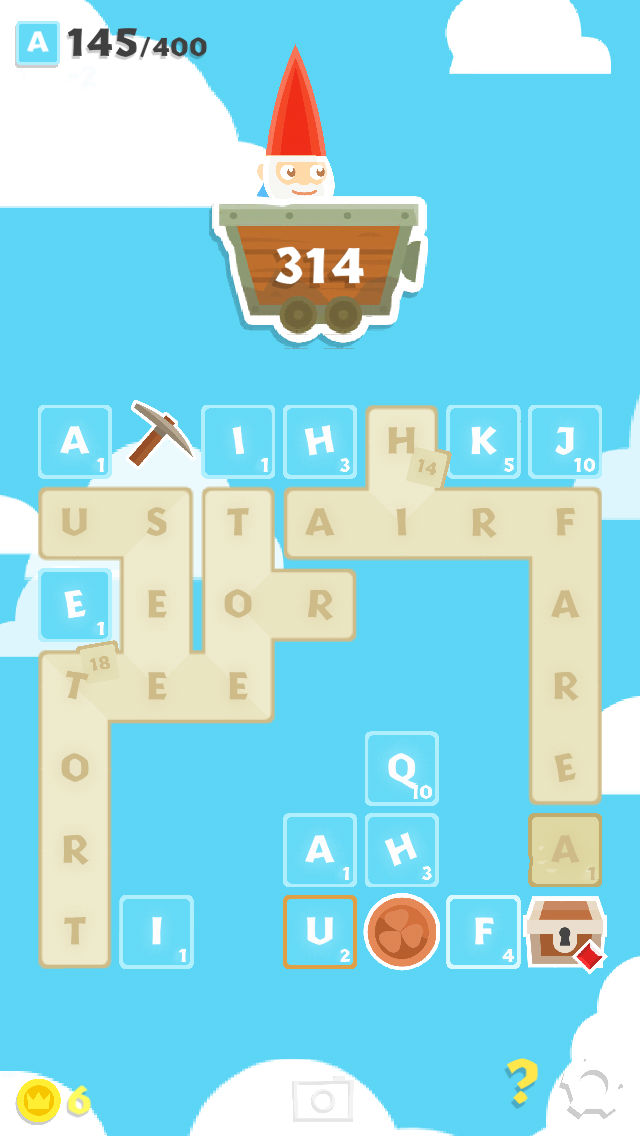 At first glance, the concept is simple enough. Then you look at the board and realize it’s confusing as heck. Sometimes there are stone tiles that can only be broken by a chisel. Where do you find chisels? Insert shrug here. There are gift boxes that blow up tiles — but also offer prizes if you unlock them or watch a video.

There’s a pickaxe that just kind of sits on the board, and it’s unclear if it’s part of the game, or just for show. There are treasure chests you can unlock for more tiles, but good luck remembering how. There’s mushrooms, there’s magic wands, there’s hats … it’s all pretty busy, to say the least.

Gnomium is not a bad word game if you’re willing to sit down and spend time with it. In fact, word game veterans may get some satisfaction out of doing exactly that. That said, Gnomium’s ruleset would be far more digestible if it was introduced across a few levels, not dropped suddenly on the player like a ceramic garden guardian.