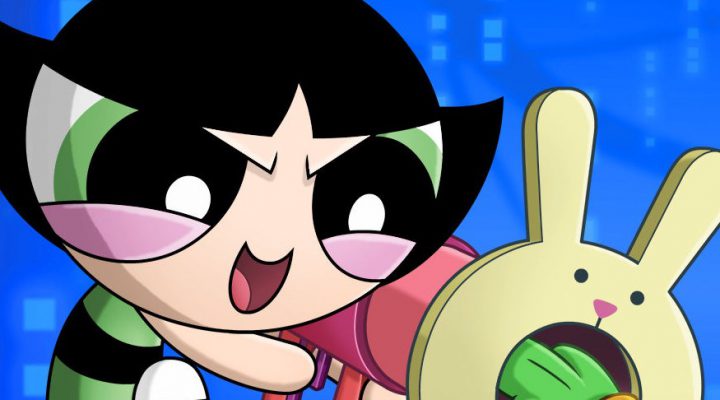 Eventually gets a bit samey

Glitch Fixers – The Powerpuff Girls could have just been another simplistic platformer. Cute but forgettable. Thanks to an unique control method, however, it’s far more endearing than initial impressions suggest. It’s a particularly great tool for encouraging youngsters to learn the basics of programming – something you really wouldn’t expect to learn from a platformer.

The idea behind Glitch Fixers – The Powerpuff Girls is a simple one. Negotiate various levels by beating up baddies and leaping around platforms. Rather than simply moving left or right with a virtual joystick, you use a series of commands to tell your Powerpuff Girl what to do next. 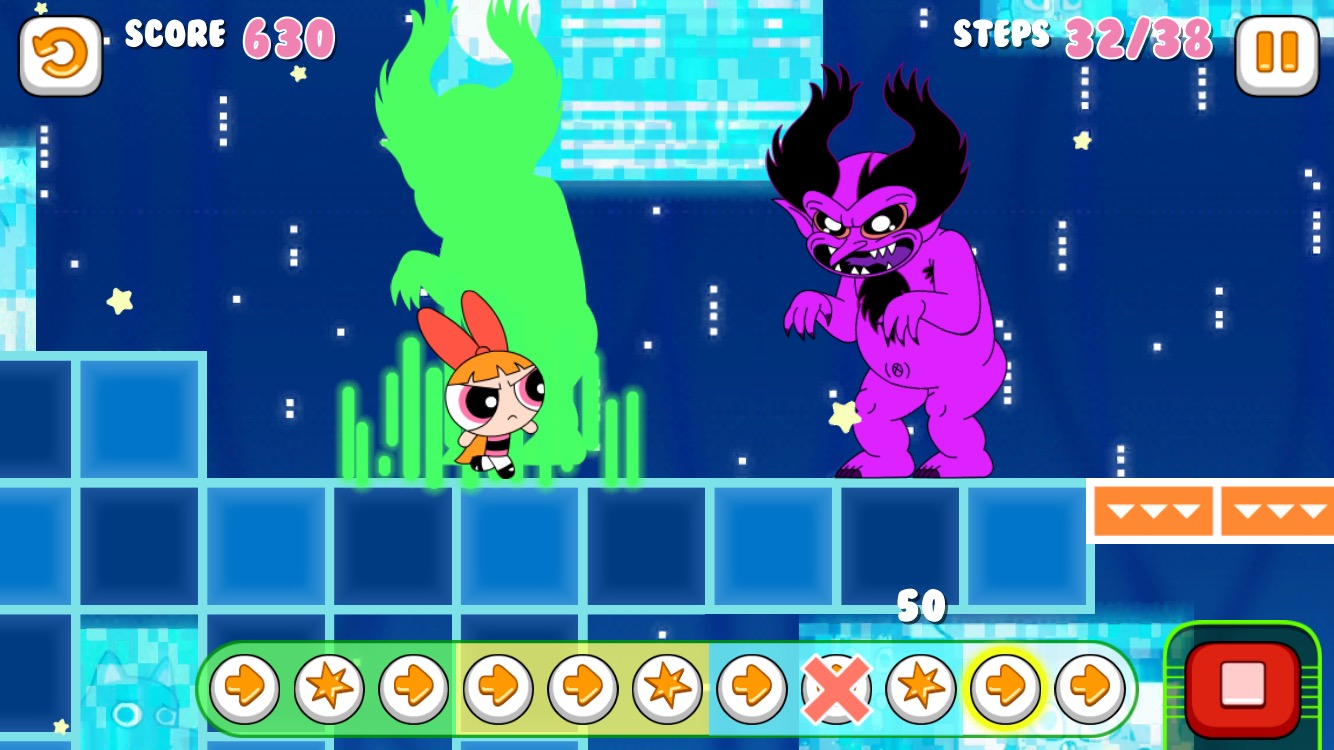 Starting out, you’re given simple commands such as move left, right, or attack. You can queue up just a couple of moves at a time, waiting to see how things progress. Alternatively, you can queue up many moves at once and watch as things play out. Why would you do this potentially risky maneuver? For more points. Each time you combine a series of moves successfully, you gain many more points than taking it safely. It’s also far more satisfying as you watch as your many moves all line up perfectly together.

Through utilizing such a method, you’re effectively programming a Powerpuff Girl. And by doing so, you’re learning basic programming logic, even if it doesn’t appear that way. You can complete a level simply by getting to the end, but additional stars are earned through completing the stage in below par moves, or by earning a hefty score. More stars mean you unlock new stages, further encouraging you. 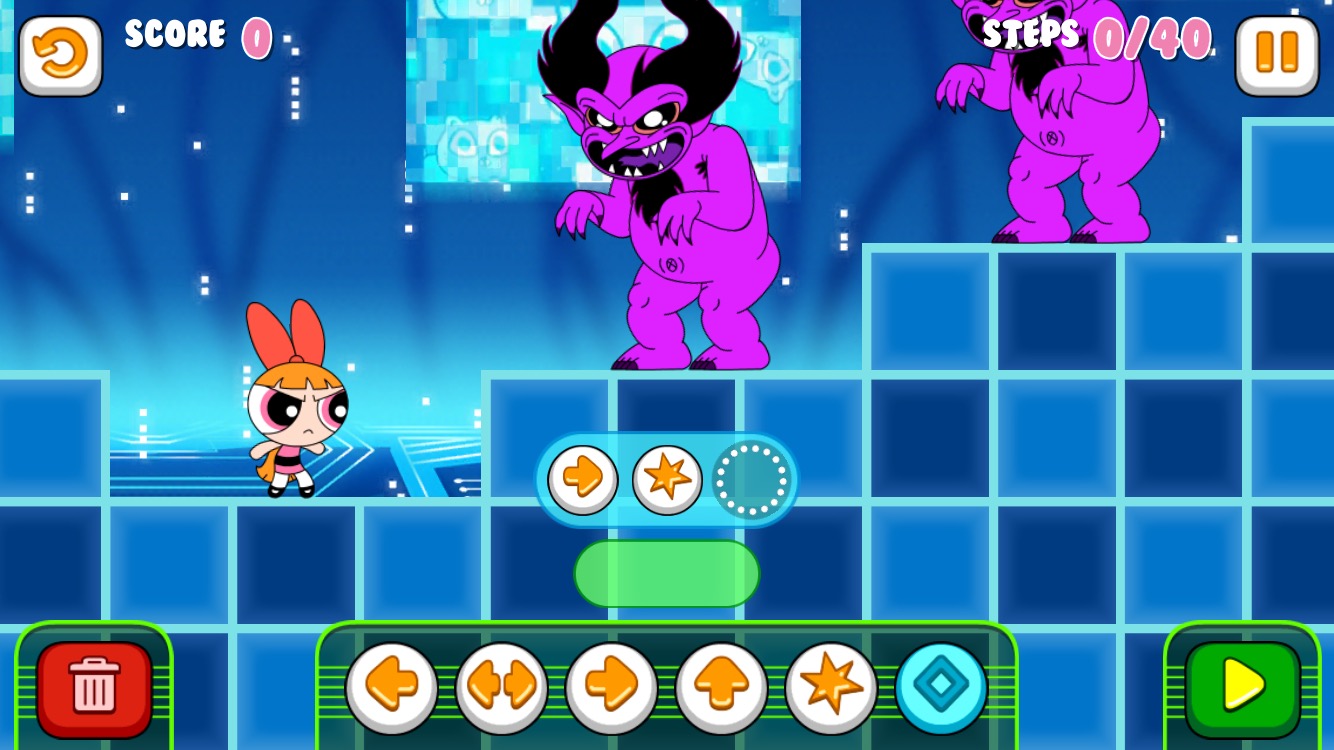 Glitch Fixers – The Powerpuff Girls soon gets a little more complex too. It adds the ability to loop your moves through a special ‘repeat’ button that can be programmed independently. New moves open up too, with monsters requiring different forms of attacks and strategies in order to have any chance of defeating them. Each new method is slowly introduced, so you’re not overwhelmed, but it’s fun figuring out what needs to be done. New attacks tie in well with the new enemies, with each weapon offering a quirky, cartoon-style like touch to proceedings.

At one early point, I came across a boss battle that seemed impossible without a special long distance attack, till the game pointed out that I could leap straight after an attack, causing me to dodge any damage inflicted upon me. Gradually, such logical thinking sticks in your brain, and each level is a learning process. Best of all? It’s pretty fun. Each stage offers a slightly different challenge. Even early on, you’re going to feel smug when you set up a huge routine and it all pays off perfectly.

There’s no real punishment to failing, so experimentation is frequently encouraged here. Mess up? Simply reset the level and start again. In a similar vein, you’ll feel encouraged to go back to earlier levels, simply to try to gain all the stars by completing them more efficiently. 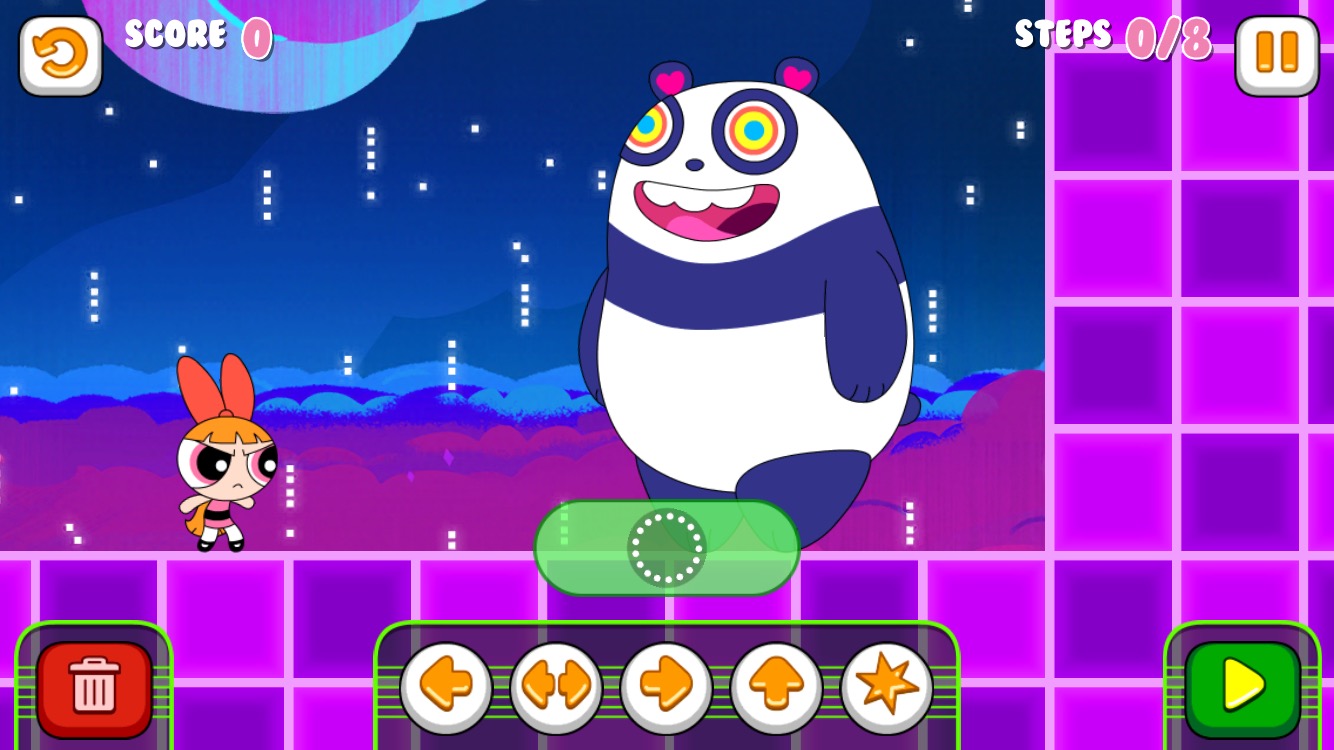 Glitch Fixers – The Powerpuff Girls doesn’t bother with throwing overpowered bonuses at you, or sullying the water with needless extras. It sticks to its core concept and it’s a good one. Without the programmable interface, this would have just been a very simple platformer, but by mixing things up, it’ll stick in your memory for a while to come.