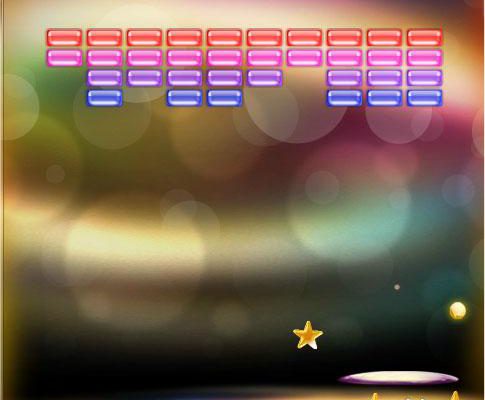 Glass Breaker is something quite unusual for Facebook: it’s an arcade-style game that includes no role-playing or virtual currency elements whatsoever. It’s not a game where you can level up, gain experience, pursue quests, or buy anything of note. Instead, Glass Breaker is a fairly traditional Breakout clone, one of those games where you break bricks by bouncing a ball off of a paddle. It takes most of its level design and power-up cues from the king of Breakout clones, Taito’s Arkanoid series. Glass Breaker isn’t on Arkanoid‘s level when it comes to quality, but it still makes for a reasonably good Facebook time-waster.

When you begin a game of Glass Breaker, you opt whether to play with the keyboard or mouse controls. The mouse controls are much more responsive, but if you pick them you don’t get the splash screen that describes other things like how to pause the game. There doesn’t appear to be any documentation describing what the various power-ups do, though it’s not hard to figure out from context. It’s mostly the same paddle extender, freeze option, laser guns, slow-downs, and other things you see in just about every Breakout clone. 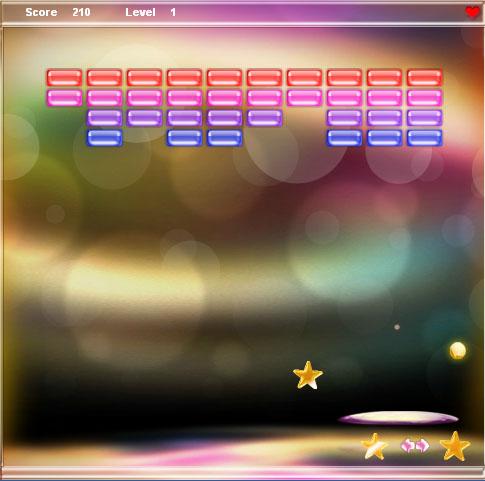 The actual levels in Glass Breaker are very traditional Breakout clone fare. Some may actually be familiar to you from games of Arkanoid. There are some gimmicky bricks like ones that need to be hit multiple times, as well as indestructible and quarter-size bricks, but Glass Breaker doesn’t go as crazy with brick gimmicks as some other freeware Breakout clones have over the years. It’s possible to play a very long session, since the game doesn’t seem to suffer from having any shortage of playable levels. During the test period we got as far as level 18, with no real end in sight.

There are some definite flaws in Glass Breaker, though. The game is prone to bouts of input lag, especially when you use mouse controls. While you get tons of extra lives in Glass Breaker, it’s still annoying to lose a ball not because you messed up, but because the game momentarily froze up. The level backgrounds in Glass Breaker are inexplicably programmed to scroll in the opposite direction that your paddle is moving (i.e., if the paddle goes left, the background scrolls right). This effect is extremely distracting and eye-watering, but not in a way that really makes the game harder. It just seems to cause eye strain as long sessions stretch on. 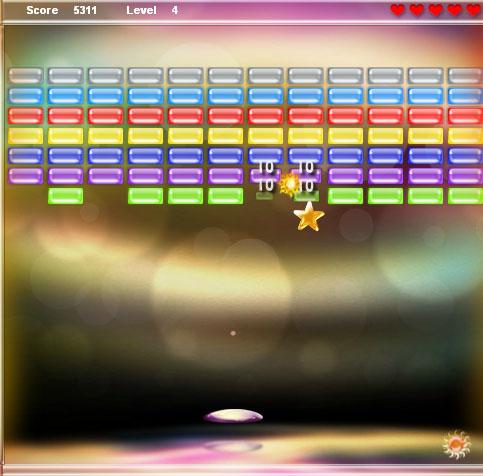 Glass Breaker is nothing special, but it’s also not bad. The game is exactly what it appears to be at first blush, a serviceable Breakout clone you can play for awhile as a mild distraction. The game contains absolutely sense of progression beyond how many levels you can get through in a single session, no prizes to win, and nothing you can buy for real money. If you sometimes tire of the social game grind and want to revisit a simpler era in PC gaming for a little while, you could do a lot worse than Glass Breaker.