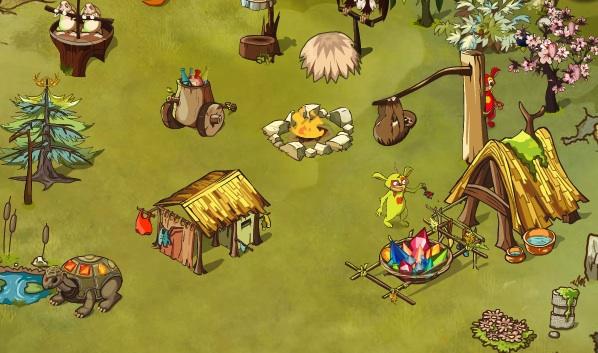 Gladelings is a mini-game collection disguised as a grand adventure

If Where the Wild Things Are was populated with teletubbies, it would look a lot like Gladelings. It’s a game that’s part role playing game, part mini-game collection, wrapped up in an interesting fantasy world and most of the standard social gaming trimmings. It doesn’t quite have the same level of whimsy and adventure hinted at by the style and setting, but it’s still rather unlike most other games on the platform. And, more importantly, it’s fun.

The titular gladelings are furry little monkey-like creatures that come in a wide array of colors. You’ll start out with just one, but soon your glade will be teeming with the mischevious little guys. Managing the glade falls largely into well known territory, as you’ll be planting trees to harvest resources and adding decorations to make the place feel like home. But there are also strange devices that you can use to train various skills for your individual gladelings. And these come in handy when it comes to the mini-games.

As you gain experience you’ll unlock new areas to explore outside of the glade. Eventually, you’ll even be able to travel to far away forests. But no matter where you go, you’ll be playing some sort of game. What’s great about the mini-games in Gladelings is just how varied they are. There’s everything from exploring a pitch-black cave with only a tiny light to guide you as you attempt to gather jewels and gold, to simple puzzle games or more arcade-style experiences. Most games are timed and each becomes locked for a certain amount of time after you play.

Each of the games requires skill in a certain area, and this is where the training machines come in. For example, when you venture off into the dark caves, the light comes from a gladeling’s antenna. In order to make that light brighter and thus make the game easier, you simply have to do some antenna training. It’s a bit goofy, but considering the world the game is set in, it feels perfectly natural. In fact, all of the games actually fit quite well into the fictional universe, despite their diversity. 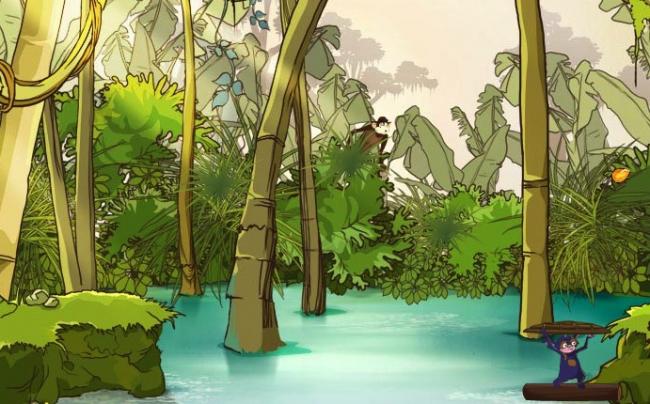 Since there’s not really much of a story, what really helps create the fiction of Gladelings is its presentation. The fantasy world is beautifully depicted, with varied environments with a style that wouldn’t look out of place in an animated TV show. The gladelings themselves are also great; sort of like teletubbies, but far less creepy. And then there are the small touches, like the monkey who likes to steal shiny objects in one of the mini-games. From the world to its inhabitants, Gladelings really feels like a children’s book or TV show brought to life.

You don’t really get a true sense of exploration in the game, as you’re simply going from one mini-game to the next, which is really the game’s only true failing. But that doesn’t make the experience any less compelling. Training your gladelings and sending them out to gather items feels surprisingly rewarding, and because the game features no energy system you’re free to play quite a bit each day. It may be a cleverly disguised collection of mini-games, but Gladelings is still well worth your time.