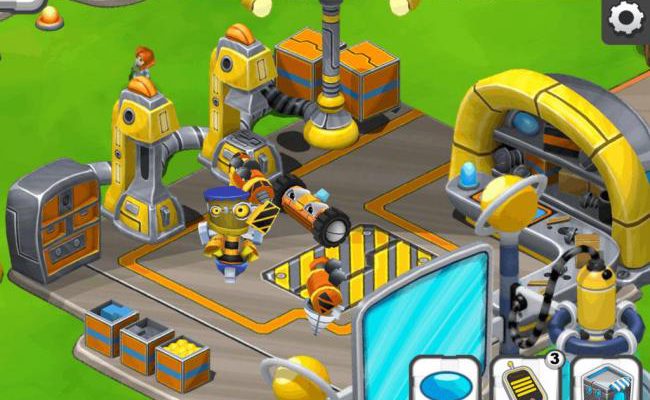 It’s like DragonVale… if all the dragons were slaughtered and replaced by a collection of adorable robots.

Backflip Studios has released more than its fair share of iOS games, but none have managed to be quite as big a hit as DragonVale.  This fantastical spin on free-to-play zoo gaming single-handedly birthed the dragon zoo genre, and to this day remains one of the top grossing games on the App Store.  So when we learned that Backflip was going to be delivering a new free-to-play zoo-style experience, but this time in the world of robots, we were pretty excited to see what would come of it.

The answer, it would seem, is more of the same. 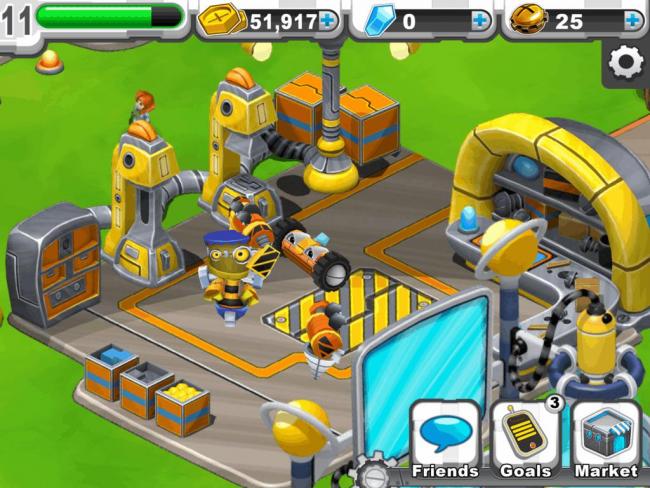 That’s not necessarily a bad thing, mind you.  DragonVale is a hit for a reason.  It has a pretty dedicated base of users who are more than happy to hemorrhage money, so from a developer point of view, you can see why Backflip might want to play it safe and stick to the same formula.  Regardless of whether you see it as a good thing or a bad thing though, there’s no denying that Gizmonauts is going to feel incredibly familiar to any veterans of DragonVale‘s creature-raising ways.

In case you’ve somehow missed DragonVale, the basics in Gizmonauts are this: you’ll build habitats for different robot types, buy robots, and place them in the correct habitats.  These robots can be fed to increase in level, which will make them bigger, change their appearance, and (most importantly) earn money faster.  So long as they’re at a certain level, you can breed two different types of robots together to give birth to an entirely different robot.  The fun comes from seeing what different types of robots you can concoct.

But while the basics may be indistinguishable from DragonVale, there are some notable improvements over Backflip’s previous effort in this field that help Gizmonauts stand out as the better of the two.

Visually, the game has really been kicked up a notch.  Colors are striking, everything is rendered in 3D models, and playing with the physiology of robots gives the designers at Backflip a lot more room to get creative.  Plus, everything in the game is downright adorable. 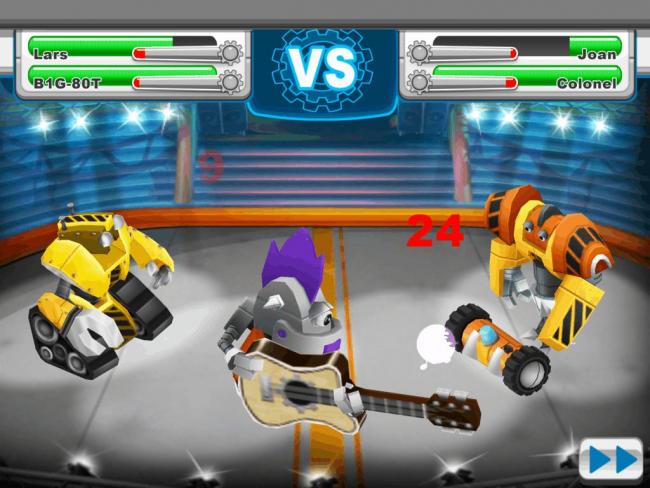 The “arena,” where you can send your robots to do battle, has a better implementation as well.  Rather than just sending a dragon to sit on top of the arena graphic for hours at a time, you’ll select a pair of robots and pit them against another pair of robots.  The battles will resolve quickly (and automatically), and should you win, you’ll get the rewards right away.  At that point, the arena then takes some time to refresh itself before it will allow you to battle again.

But not everything in Gizmonauts shows improvement over DragonVale.  In DragonVale there’s a lot of time spend waiting around for timers to count down (or a lot of money spent on premium currency to speed them up).  That’s the same in Gizmonauts.  Mind you, completing missions can net you a steady (but small) income of premium currency, so it’s not all bad.  With games of this nature, patience is key.

The only real disappointment to be had in Gizmonauts is how much it feels like ground we’ve tread before.  Yes there are improvements, and yes it’s a lot prettier, but at the end of the day it just feels like DragonVale with robots.  Is it a better product that DragonVale?  Absolutely.  But it’s just not different enough to really blow our socks off.  If you’ve ever wanted to rule over your own tin man army, Gizmonauts provides a great way to do it.  Just expect it to feel an awful lot like ruling over your own dragon menagerie.