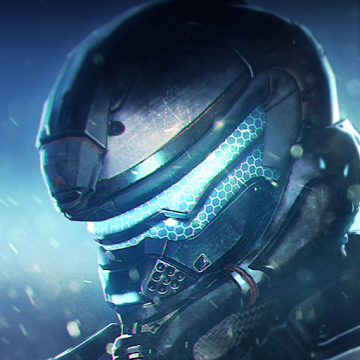 The monetisation is far too greedy

It gets a little repetitive

Gigantic X is quite the prospect on mobile: a visually stunning top-down shooter that combines the gigantic monster battling of Monster Hunter, the heart-stopping action of a top-down shooter, and the endless loot-collecting of Diablo.

And it totally works. You basically shoot your way through a series of repetitive missions as you strive to collect loot, which makes your character more powerful and allows you to go and get even better loot.

It’s easy to pick up and play as well. You slide your thumb around the left side of the screen to move and tap a series of virtual buttons on the right to attack, use skills, and dodge enemy attacks.

There are three characters to choose from, each of which has their own playstyle. You’ve got Scardy, your typical frontline soldier with an assault rifle and shotgun, Titan, an absolute behemoth that wields a massive axe and likes to punch enemies in the face, and Rhea, a support specialist that wields a handgun and cannon.

Each of the three characters plays very differently, and the fact you can play as any three of them from the get-go is awesome. It ensures the game never gets too stale as you can change up your playstyle between missions if you want.

However, the game does encourage you to sort of focus on a particular character at a time. When you’ve completed the tutorial and gained access to the rest of the game, you’ll unlock an endless series of missions to choose from, each of which provides gear for a specific character.

Each piece of gear is very individual here, and isn’t simply an attack upgrade. Different weapons unlock different skills you can use in battle, while armour sets have set bonuses, providing you with unique perks depending on how many pieces of a particular set you wear into battle.

If you’re the sort that cares about player builds, you can really dig into this system and create your own unique playstyle. There’s all sorts of playstyles you can mix and match here.

Visually, it’s a very impressive game too, with the console-quality graphics oosing quality, and the animations of your character and the enemies showing a level of polish we rarely see on mobile.

The Result is Fiercely Addictive, if a Little Marred by Ridiculous IAPs

If we had any complaints about Gigantic X, it would be in its greedy monetisation system. Each week, a new season pass unlocks that rewards you with loot for completing a series of missions. Much like in all games right now, the pass is split into a free and premium tier, with the premium doubling the number of rewards you can access.

While you don’t need premium access, if you do choose to get it, it’s going to cost you $10 every single week. On top of that, a there are the rewards doublers. A week’s worth of reward doubler for a specific mode costs just shy of $10, while a month sets you back $25. That’s just for a particular mode. If you want to get the doublers for all modes for a month, you’ll have to pay a whopping $50.

Granted, none of these things are necessary, and you can get by just fine in Gigantic X without spending a penny – provided you’re willing to put in the grind. We’re just surprised to see such insanely high prices as these, and can only assume that the developers are targeting whales exclusively.

Overall, it doesn’t do much to harm Gigantic X, as the game surrounding it is absolutely solid and well worth checking out for the sort of player that likes to grind out loot.