Home / Reviews / Ghostbusters Puzzle Fighter Review: There is Dana, and Zuul Too 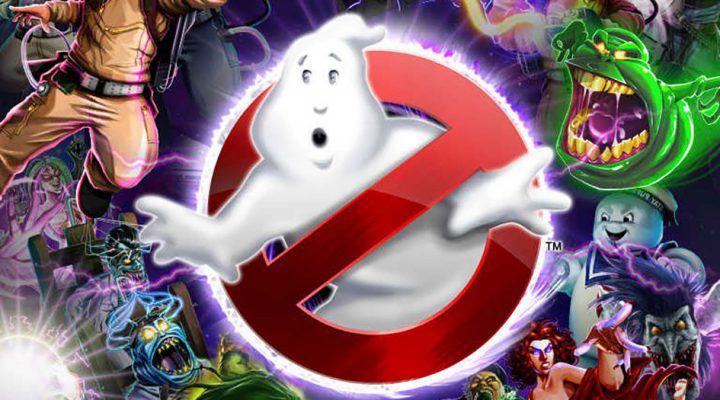 Bustin' feels as good as ever.

Lots of grinding required to get ahead.

Poor tutorial leaves you stumbling early in the game.

The enduring popularity of the Ghostbusters franchise caused many twenty- and- thirty-somethings to say, “Man, we need more Ghostbusters games.” And Beeline Interactive responded, “We’re ready to believe you!”

Now, the kind of orderly, controlled environment you typically get from puzzle games might not be what you want out of a Ghostbusters game. After all, the property has managed to maintain its fanbase thanks to its wildly humorous delivery of chaos and discord. But this fast-paced puzzler isn’t a terrible way to re-visit old friends like Ray Stantz, Peter Venkman, and Vinz Clortho — even if the experience is bogged down some by its free-to-play mechanics. 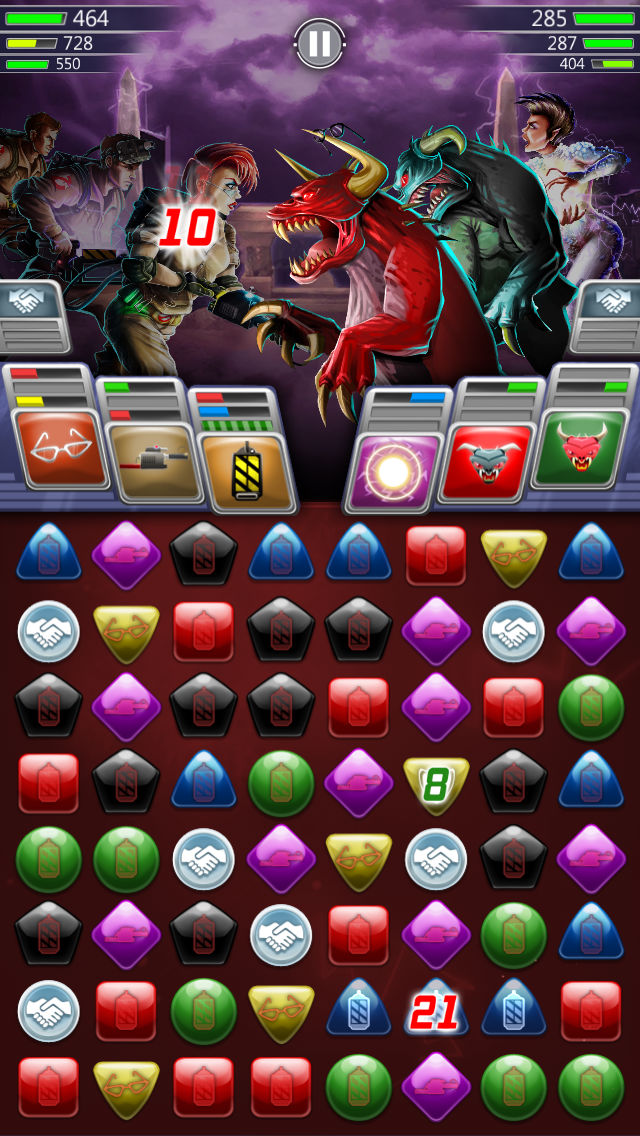 The story driving Ghostbusters Puzzle Fighter probably isn’t anything that’ll appear in the new Ghostbusters film: Old spooks have returned, and it’s up to New York City’s best proton stream-slingers to determine what’s at the root of the outbreak.

Each level throws your team of three up against a gaggle of ghoulies. Incidentally, one neat thing about Puzzle Fighter is that you get to go up against monsters from the old ’80s cartoon (and its comic book extension), including the Bogeyman and Tiamat.

To attack, you match up at least three same-colored gems. If you can match up more, all the better for performing a stronger blow. But there’s a bit more to these battles than matching up colors. You also have to pay attention to the symbols on the game pieces, as each one represents a character and thus determines who’s going to attack.

Learning to manage colors and symbols takes some practice, and the symbols can actually be a bit hard to see against the game pieces. Worse, Puzzle Fighter’s tutorial is very bare-bones, and you’re left to figure things out by fumbling through your earliest fights. 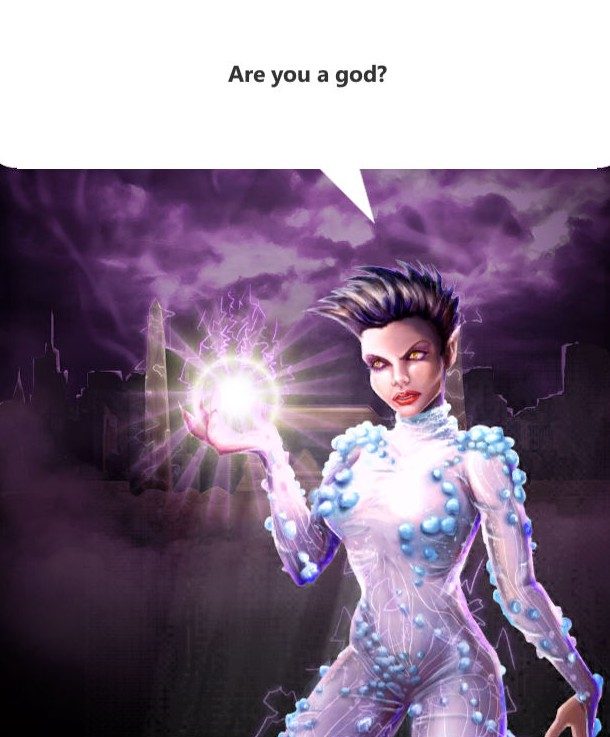 You also find yourself outranked very quickly in Puzzle Fighter. Monsters waste no time delivering hard hits, and it seems like they get multiple matches per turn, which lets them dish out more damage. It’s impossible to prove that the game is taking you for a ride, of course, but I’ve played a great deal of match-three games and I can’t think of too many other games that allowed me one measly match in a turn while my foes mysteriously managed to rack up five or six.

In other words, garnering the materials necessary for staying ahead in Ghostbusters Puzzle Fighter means grinding previously-finished levels. There’s no stamina bar, but your team carries damage over from fight to fight, and energy is restored pretty slowly unless you use a medical pack. You’re allotted some free packs at the start of the game, and if you want to keep playing for any considerable length of time, you can expect to blow through them pretty quickly.

If you’re a fiend for the movie universe’s greatest marshmallow-murderers, taking Ghostbusters Puzzle Fighter for a spin isn’t the worst idea — as long as you’re OK with grinding and wait periods. If you’re just looking for a good match-three game, don’t bother calling this one. There’s worse out there, but there’s also better.