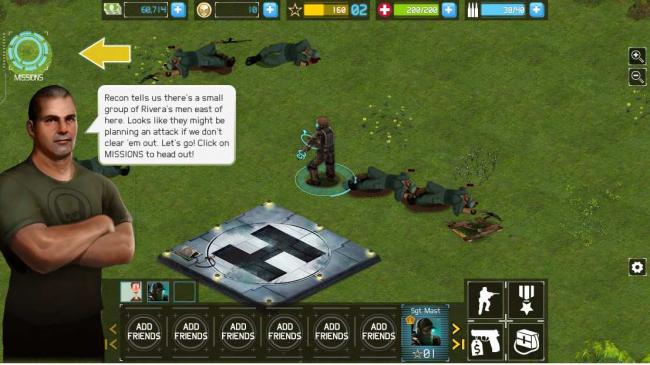 Before diving in to Ghost Recon Commander, I was conflicted. On one hand, it had the right pedigree behind it. Not only was developer Loot Drop headed by industry veterans John Romero (you know, the guy that made that Doom game?) and Brenda Garno Brathwaite (Ravenwood Fair), but they were both massive fans of the series. On the other hand, it was Ghost Recon. How well could it work on Facebook? Spoiler alert: very.

As soon as you boot up Ghost Recon Commander, you’ll begin managing day to day life at the barracks. You know, building structures, harvesting energy from sit ups… okay fine, I give the charade. SoldierVille this is not. In fact, besides the standard visual style – stat bars at the top, options down the side – there’s not too much here to remind you of your typical Facebook fare.

Instead, Ghost Recon Commander offers a refreshing change of pace by focusing immediately on character and gameplay (imagine that!?). Specifically, your choice to saddle up as one of three classes of “ghost” soldier: assault, recon or specialist. Each one has their own military niche – strength, stealth, and accuracy – so choose wisely, as you’ll be guiding them through 10+ levels on your way to taking down a South American dictatorship.

In the same way I was before I started playing, I now find myself conflicted. This time, however, it’s over which cool feature I should mention first. Arguably the most exciting thing about Ghost Recon Commander is a sense that choices matter and true play exists. Far too many social games feel to me as if they’re neither truly social nor really games. Rather, the former is a buzz word for “pester your friends to buy time” and the latter boils down to “complete the next item on a checklist.”

Here, however, you can tell Loot Drop has made a huge effort to push boundaries. Right away, the class you choose feels distinctive; you can see the strength of the assault troop as he gets in at close range and survives a 2-on-1 assault with ease, but also the weaknesses as long range or precise shots often miss their target. More importantly, you don’t offset your shortcomings by plastering requests all over your friend’s wall to “send you accuracy credits.” A semblance of true socialization is needed, as Ghost Recon Commander structures itself around a system of in-game recruitment.

Anyone on your friends list can be snagged for your team before starting a mission, to a maximum of two other squad members. And for each person you shell out coins to bring along for the ride? You’re given bonuses to the stats they excel at. Suddenly, your tank of a fighter is making headshots from behind cover while dodging more stray bullets than ever before.

Only, however, if you can convince a couple friends to boot up Ghost Recon Commander and train strategically. For me, this added a tangible significance to my currency and my friends’ involvement that too many Facebook titles let go unexploited. And because it’s all asynchronous and based on saved data, you can craft killer trios without having to hop online – or better yet, spend time improving your stats while being recruited by other your squad mates.

Meanwhile, all of this bolstered by a world that – for the most part – feels exciting to be a part of (sadly the exception for social games, not the rule). Like so many other titles out there, you move around in an isometric space, tricked into the feeling of a 3D plane of existence. The difference with Ghost Recon Commander, though, is the sense that you’re doing something. 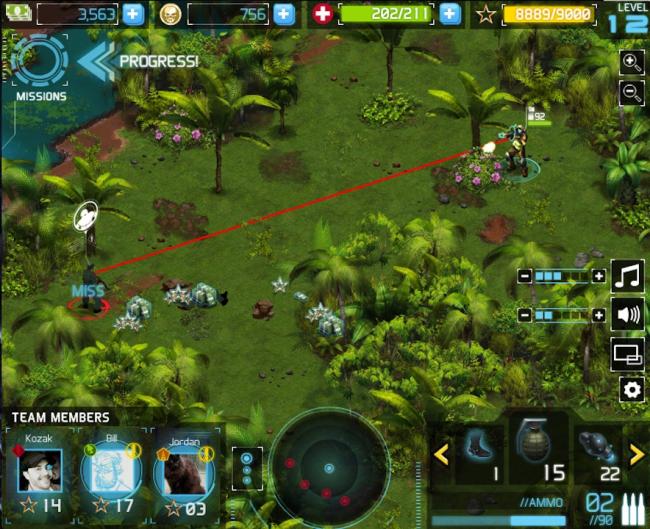 Missions certainly have their own checklists, but they’re worlds away from being those checklists entirely. There’s a real sense of agency as you send your character from place to place, positioning yourself as smartly as possible to take out enemies, rescue hostages, rig charges, uncover packages, and more.

Real touches of Ghost Recon shine through, too, as Commander lets you fluidly swap between each of your three squad members to choose the primary soldier. Combine that with the ability to leave troops behind strategically, and you get a real sense of depth. I could easily make it through each level by dragging my team long with me, but could clearly see the types of on-the-fly commands that would save my bacon on higher difficulties.

And yet, Loot Drop hasn’t done away with all the staple elements of a Facebook game in reworking Commander for a broader audience. Instead, they’ve helped them shine in new ways. In between missions, players will be able to build up a base camp that bolsters their stats, heals their soldier, stocks up on ammo, and more. Because the structures are completed instantly, however, there’s much greater satisfaction in revisiting after each mission, knowing you can use your purse on sprucing up your military “farm.” 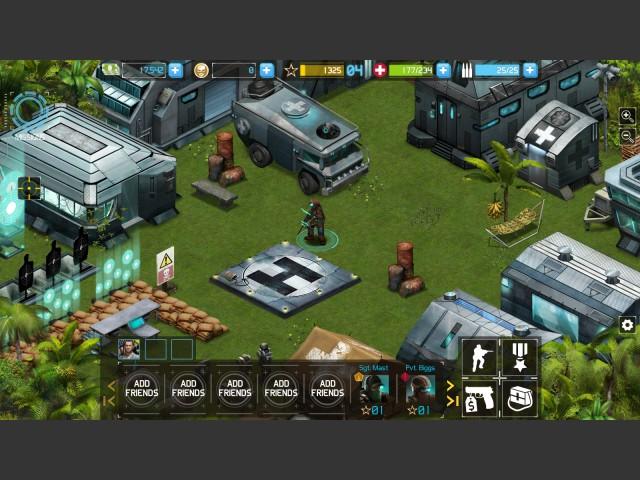 And most gutsy? Ghost Recon Commander decides that in place of “energy,” players’ most slowly renewing resources will be the bullets they use in every level. I’ll be honest: at first I felt the choice undercut the game’s move towards a more ambitious use for Facebook, and soured the ability to run and gun as you pleased. Until I remembered: that’s quite intentionally not the point of this game.

A slow burn strategy offering, Ghost Recon Commander may deliver frenzied combat and tense firefights, but it does so at a slow and measured pace, with combat style placed much higher on the food chain than pure aggression. In that way, the bullet limit emerges as another way to make gamers choose when they can afford to shoot first, ask questions later, and when they might be better off trading a little health for a choice headshot. 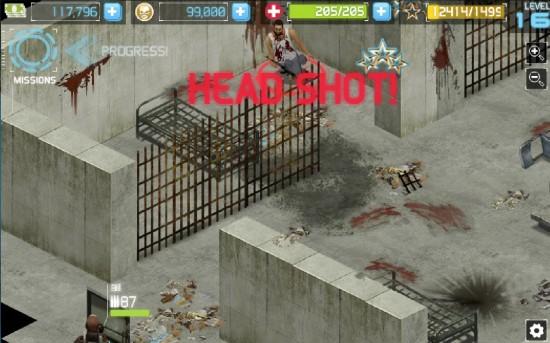 As is often the case with titles like this, perhaps my only real criticisms stem from moments where you can tell Loot Drop is making compromises. For example, I’d love to see missions designed more excitingly around the need to maximize soldier formations, exploit status bonuses, and even engage in puzzles in the field, but what we’re given is a much lighter step in the right direction. The same rings true of the in-app payments, which seems to appear everywhere and feel almost necessary for anything even slightly outside the most basic types of weapons and equipment.

Yet, if positive change is to hit the platform and give it longevity, Ghost Recon Commander is most definitely a game I’d point to as one that leads the way. And with more levels, weapons, and a full player-vs-player (PvP) mode promised and on the way, I urge both Facebook devotees and critics of the space to get in on the ground level. Because this elevator’s most definitely going up.