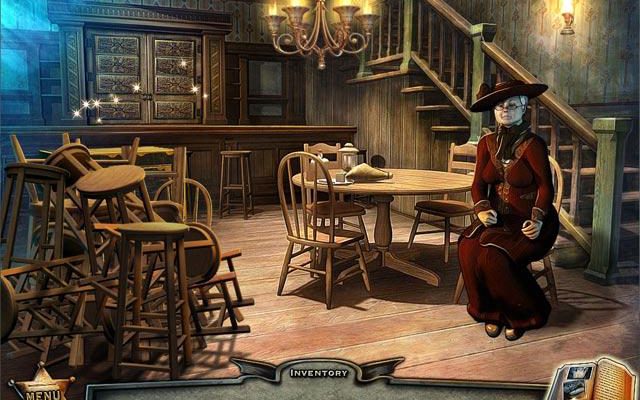 Ghost Encounters: Deadwood doesn’t try anything new, and is an average experience as a result.

The old west town of Deadwood has long been cursed by the undead ghost of the outlaw Blackjack, a man who killed 21 men in life but even more in death. The town has been all but abandoned, save for a grandmother and her grandson, who now seem to be the next potential victims on Blackjack’s list. As a psychic, paranormal detective, you’ll need to discover how to put Blackjack to rest once and for all and save the few survivors and yourself from a grisly fate.

Unfortunately, Ghost Encounters: Deadwood suffers for its simplicity. While the story is an interesting one, complete with some average voice acting (you’ll encounter plenty of other ghosts along the way) and spooky cutscenes, none of the gameplay elements are unfamiliar or even challenging. You’ll be met with a few hidden object scenes that you’ll complete repeatedly (with static object locations) and a series of mini-games that are more time consuming and repetitive than difficult.

As examples, you’ll complete plenty of tile-sliding or swapping puzzles, jigsaws and even some letter or number combination puzzles that employ trial and error as you’ll know the three numbers needed to open a safe or coffin (for instance), but not the order they go in. These instances add length to a rather short experience (you can easily finish in under three hours if you’re thorough), but the game’s length unfortunately doesn’t stem from difficulty.

Likewise, you’ll spend a lot of time repeatedly entering the same locations and backtracking throughout the game’s environments. You’ll have a lot of tasks on your plate at the same time (along with tons of items in your inventory), but without much in-game help (or the ability to use hints outside of hidden object scenes), you’ll be left to – again – employ trial and error as some items have less than intuitive uses. 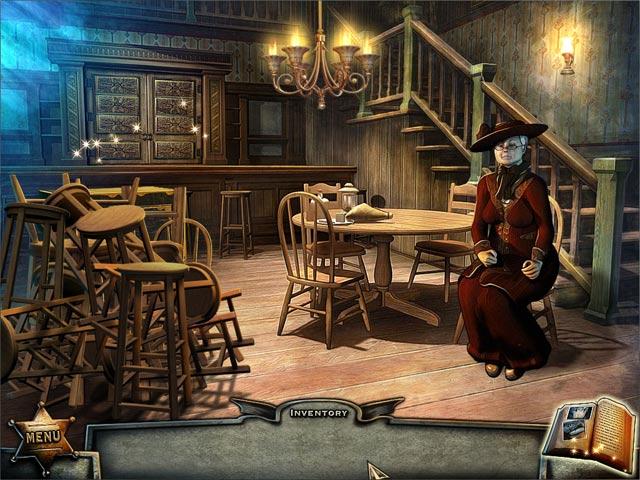 As for the hint system, it recharges slowly, and must build up from scratch each time you enter a hidden object scene. While most scenes are easy to complete (with rather bland, dull graphics, allowing anything with a brighter color to easily stand out), if you do happen to get stuck, you’ll spend an unnecessarily long amount of time in simply waiting for the hint to charge so you can actually find it.

Unfortunately, with its simplicity and few design problems, Ghost Encounters: Deadwood feels entirely average. The game’s story presents your character with almost no backstory whatsoever, leaving you to feel as though you’re missing some bigger piece of the puzzle. Also, the game’s time setting is a bit confusing, as the old-west town has been abandoned for “years,” but modern-day items are scattered throughout the hidden object scenes. If nothing else, Anarchy Enterprises could have spent more time on puzzle variety and an attention to detail found in the top games in the genre and made this one far more enjoyable. As it stands, however, it’s a simply average experience that most genre veterans will likely be more bored with than entertained.