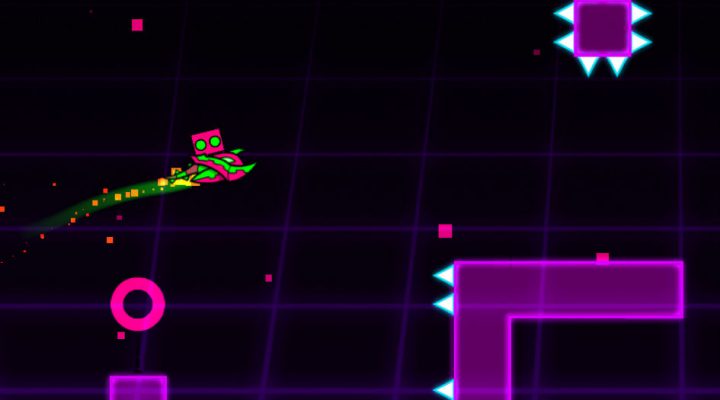 Decent amount to see and do.

Controls work most of the time...

Way too tough for most.

Not the most interesting looking game out there.

There are plenty of super tough one-touch games on mobile. It’s a genre that has seen a real resurgence in the past couple of years, and there have been some excellent examples of the genre in that time.

Geometry Dash World sits somewhere at the high end of the middle ground. It certainly gets the toughness spot on, and it gets the one-touch controls just right as well. It’s just the trappings it wraps around itself that let it down. It’s all neons and blacks, but it’s far from the most inspiring palettes. Throw in levels that are that little bit too long, and some occasional control mishaps, and you’re left with a game that’s not quite as sharp as it should be. 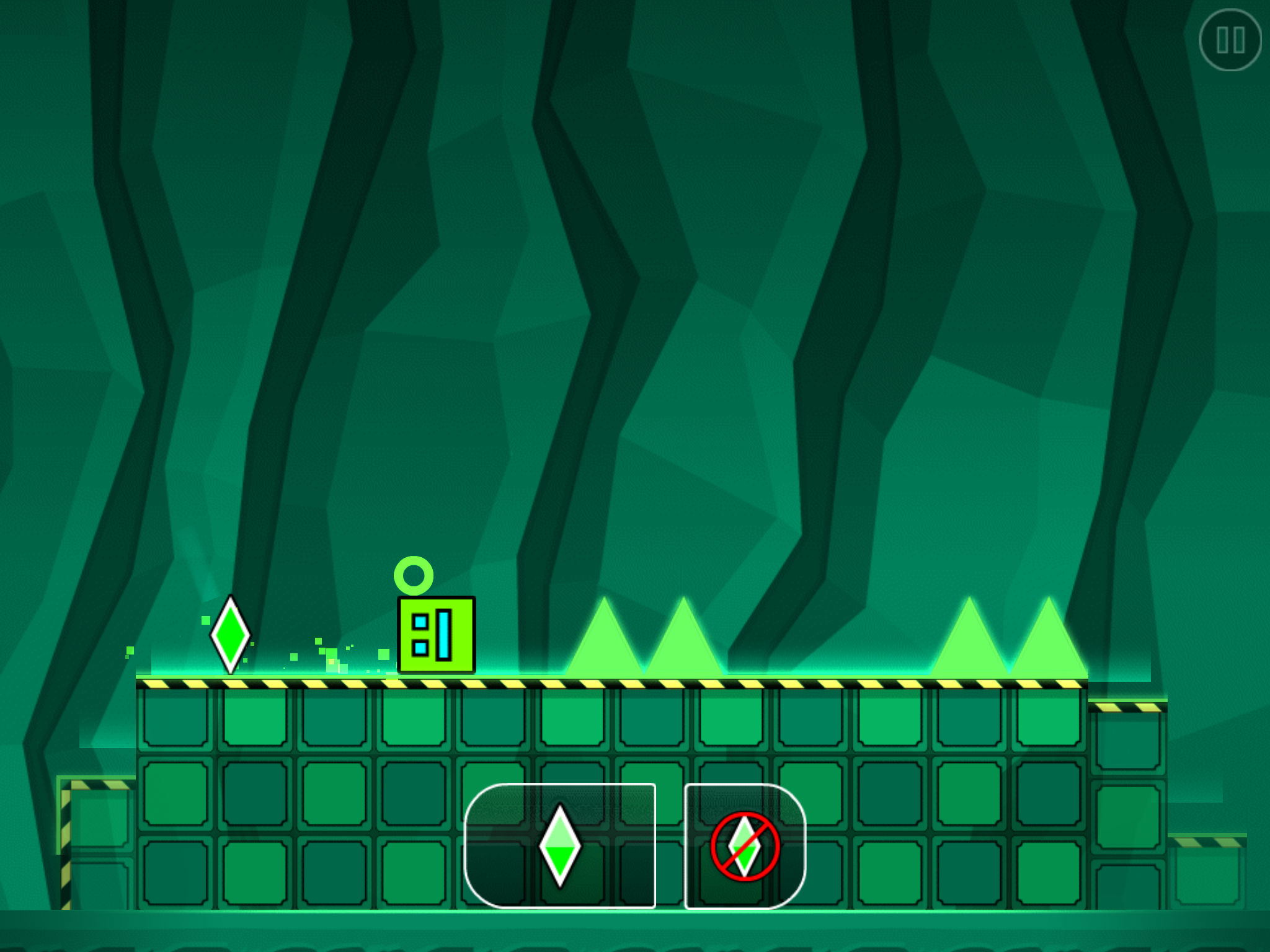 You’re controlling a shape. The aim of the game is to bounce all the way through a level in a single run. Every time you die you’re shown the percentage of the level you’ve completed. 70% is annoying. 95% will make you want to squish a kitten in your bare hands.

There’s a rhythm action twang to things as well. A pounding beat thumps along behind everything that you do, and if you time your jumps to it then you’re far more likely to succeed. That said, you can play just as well with the sound turned off.

Everything boils down to remembering the pattern of jumps you need to perform and then repeating them. You’ll spend a good chunk of time just mashing through the first few sections, hitting an unexpected obstacle and then repeating until you find some other way to die. It means you’re going to be repeating certain sections over and over while you learn the rest of the taps you need to perform. Which can mean that making a mistake on a part of a level you’ve completed multiple times can come as a real kick in the metaphorical teeth. 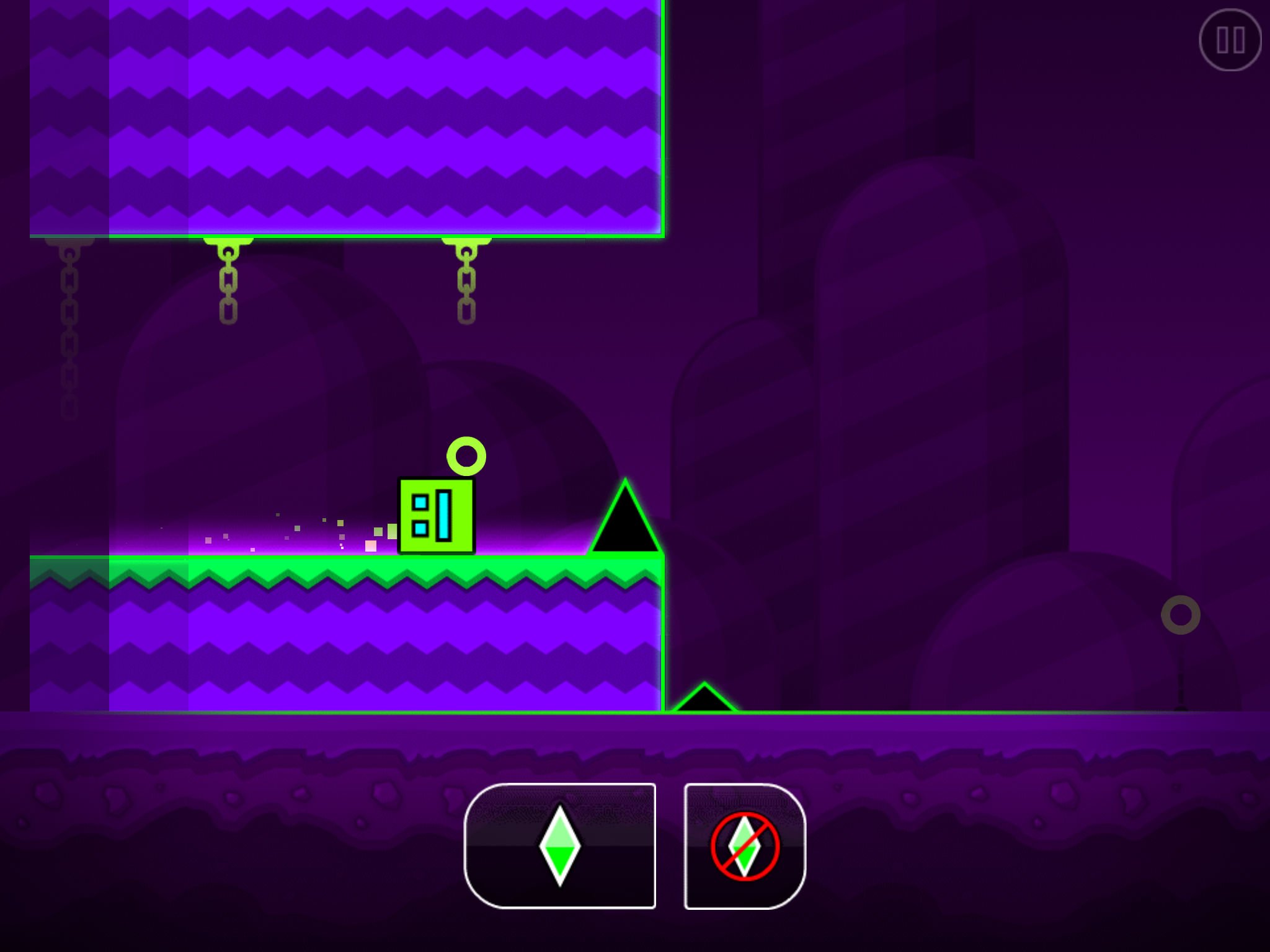 The game adds extra ideas as you get deeper into it. There are bounce pads and other contraptions to contend with. Sometimes you’ll need to utilize them, other times you’ll need to avoid them altogether lest ye be pranged into some spikes or a gaping hole.

While the shape and design of the levels might change, the rhythm of play is still pretty much the same. And it’s a rhythm that pounds along with equal parts frustration and jubilation. It’s horrible not to finish a level, but by the same token, it’s incredible when you manage it.

Alongside the ten core levels, and practice versions of each of them, there are online levels created by the game’s community as well. There’s always something to do then, but whether you’re actually going to want to do anything is another matter. 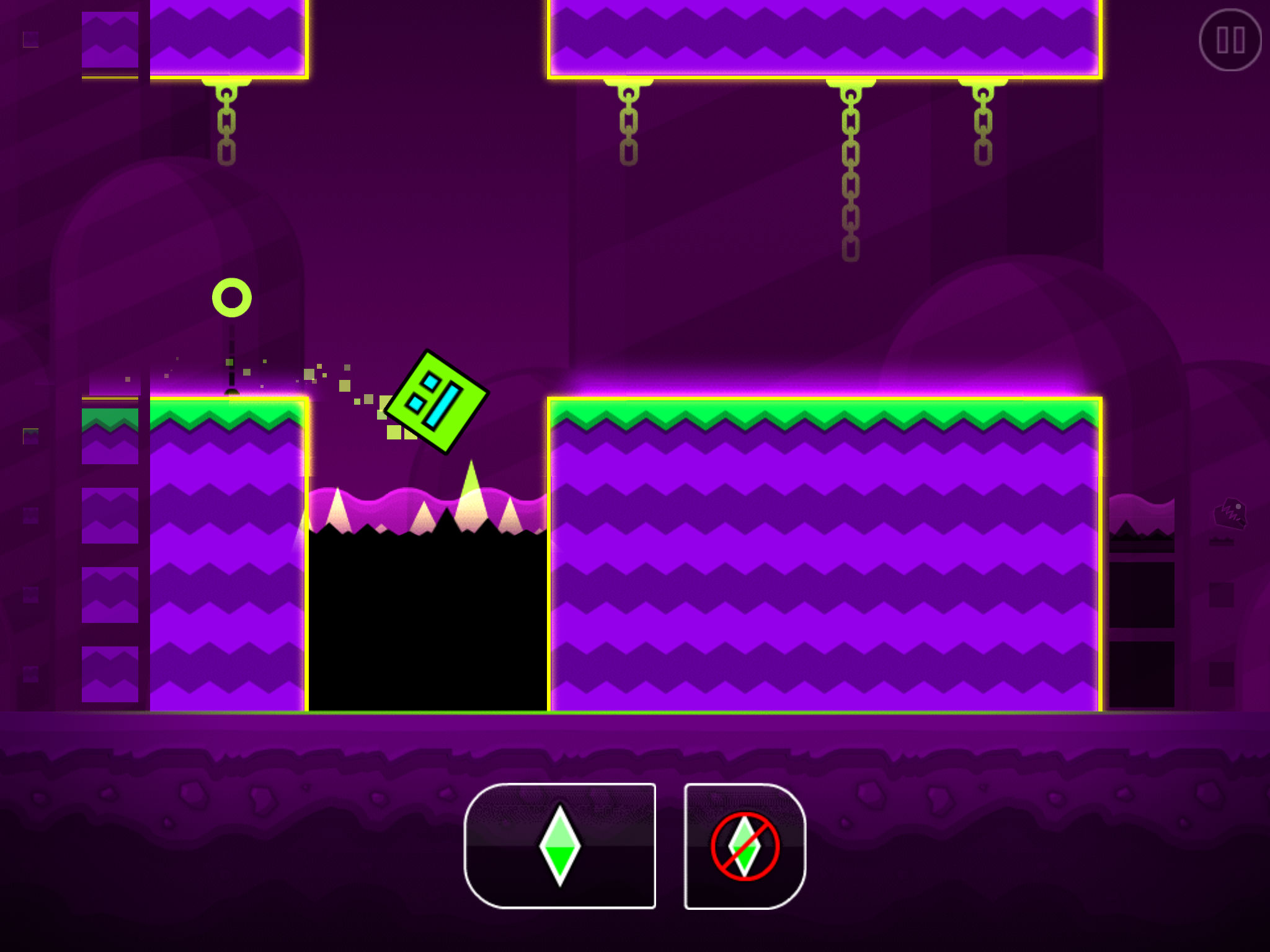 There’s a decent amount to like in Geometry Dash World. When it’s on form, it’s really on form. But when it gets things wrong you’ll feel like you’ve been betrayed by someone who really should have known better. There were occasions in my playthrough where the controls messed up and sent me swooping into the arms of cruel death, and when a game’s this frustrating when it’s doing everything right, that’s really not good enough.

Still, there’s an entertaining game here, if you’re willing to slog through it. And when you do manage to get to the end you’re really going to feel like you’ve accomplished something. Even if, in the grand scheme of things, you really haven’t.