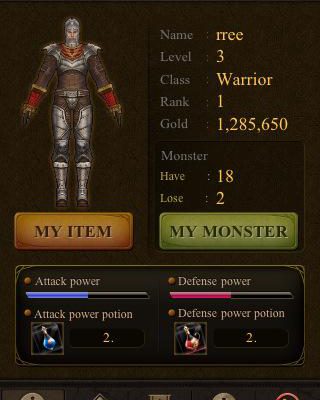 Geo Hunters has lots of ideas, but a shortage of good gameplay

Geo Hunters is jam-packed with features, but somehow still manages to feel lacking. It’s part role playing game and part social game, with monster collecting and geo-location. But none of the elements work all that well and together they create a game that’s confusing and often boring.

The game is set at some point in the future when monsters and other assorted baddies have taken over the world. As one of the titular geo hunters, you’ll spend pretty much the whole game fighting these creatures. The game world consists of the actual world around you, provided by Google Earth, so when you head into action you’ll be doing so in your own neighbourhood. You’ll see a number of monsters around town, all of whom you can do battle with. 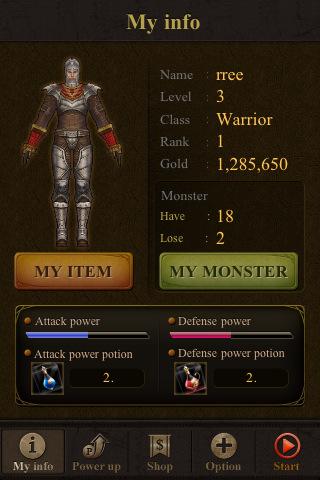 At first the combat actually seems somewhat interesting. It’s turn-based, and requires timing as you have to aim the direction and power of your attack. You’ll also need to compensate for the ever-changing wind conditions that plague each fight. The problem is that there’s never any variation. Each fight plays out the same way, in the same environment, with the same attacks. You may get stronger, but things never get any more complicated or strategic.

Unlike most RPGs, you don’t actually earn experience points. Instead, your level is based on the weapon and armour you have equipped. Each piece of equipment has a level, and if your weapon and armour match, that’s the level your character will be. It’s almost as if the gold you earn is experience, as you’ll need it to outfit your avatar with new gear. It’s a unique touch, but it’s nowhere near as satisfying as the traditional experience point-based system. 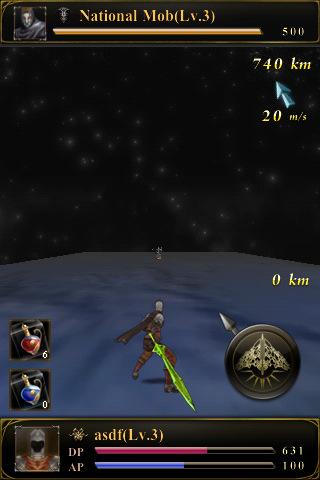 Later on you’ll actually be able to catch monsters, though the game doesn’t really do enough to explain just how this feature works. In fact, aside from the help section buried in the options menu Geo Hunters doesn’t provide any real help with how to play the game. This makes for a confusing and somewhat daunting experience.

And that’s not all. Geo Hunters also has some serious issues with much of the in-game text, which is rife with spelling and grammatical errors. It reads like a very bad translation. The visuals, on the other hand, are mixed. The 3D battle sequences actually look quite good, with a cel-shaded vibe, while the menus are brown, drab, and boring.

Geo Hunters takes some time to get used to, but it’s not really worth the effort. There’s so little variety to the gameplay, and the combat grows tiresome very quickly. Geo Hunters tries to cram too many underdeveloped features into one game, without out first making sure that at least one of them is enjoyable.