Gems of War Review: War is Expensive and Free 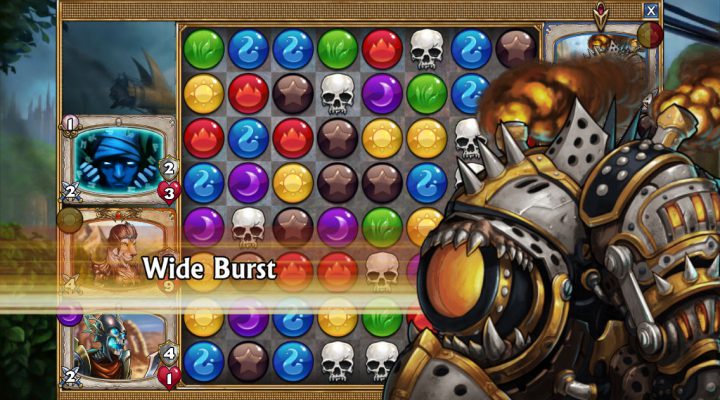 Gems of War is a match-three puzzle / battle game from the creators of Puzzle Quest. Matching up shiny things to inflict pain upon your foes was satisfying when Puzzle Quest came into being seven years ago, and it’s still satisfying now.

Gems of War is also highly polished, well written, and offers tons to do. There’s just one problem. It has a high cost of entry, which is a funny thing to say about a free-to-play game.

See, Gems of War lacks the stamina system that most games of its ilk possess. You probably know the drill by now: Most free-to-play puzzle games offer stamina or lives that deplete with every game you play, or every time you lose a match. Stamina and lives refill over time, though you usually have the option to speed up a refill by paying with hard currency or cash. 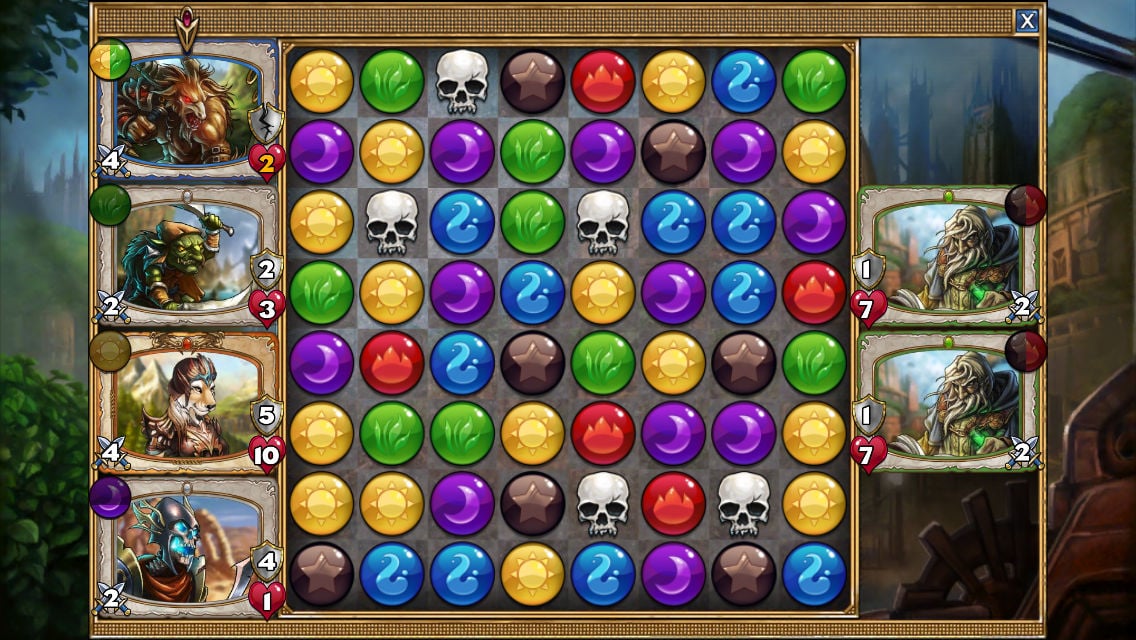 By contrast, Gems of War charges a sum of gold for every match. Gold is handed in in small increments for victories, and it also accumulates in the towns (levels) you liberate. Even liberating a town costs a tidy sum, so for a town to start generating gold, you first need to drop several hundred for its freedom. It’s a bizarre system, and there’s seemingly no reason for 505 Games to adopt it beyond hoping people will get sick of waiting for gold to accumulate, and will pay cash to speed things along. How disappointing.

Weird as Gems of War’s monetization system is, it doesn’t render the game unplayable by any means. That’s good, because Gems of War’s matches are meaty and addicting.

Your fighters are a mixed crew of humans and monsters (you can even choose for your own avatar to be a lion-person or a wolf-person), each of whom has an attack stat and a special mana-charged attack. Matching up three or more skulls causes the first character in your queue to launch a physical attack. Matching up three or more colored mana spheres powers up a secondary magic-based attack that differs according to the character. They may execute a sneak attack that does damage and grants another turn, or they may summon more skulls onto the playing field.

Enemy fighters are bound to the same rules as the player. Since most match-three battle games simply give you a countdown until the bad guys attack, strategy plays an important role in Gems of War. The AI is merciless, too. Don’t bother wondering if the enemy is going to take advantage of that three-skull match you missed during your turn. They will. 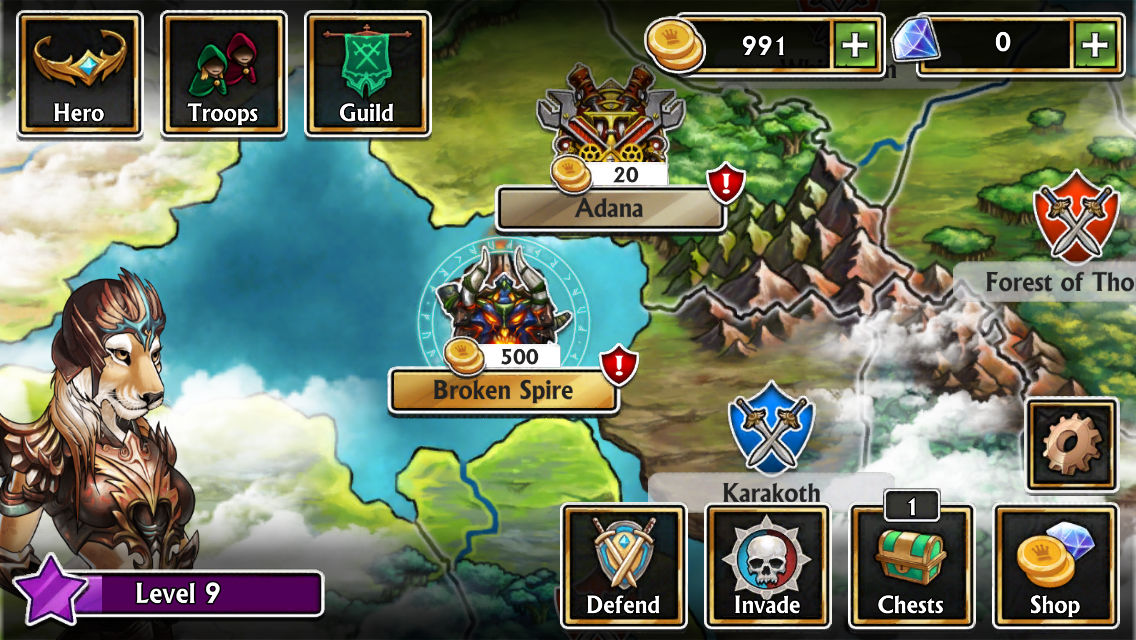 There are lots of stages to unlock in Gems of War, tons of great artwork to admire, and an engaging story to follow along with. It’s just too bad 505 Games went with a “pay to enter” free-to-play formula. If any match-three puzzle / battle game is worth a simple one-time fee of five bucks or so, Gems of War is it.