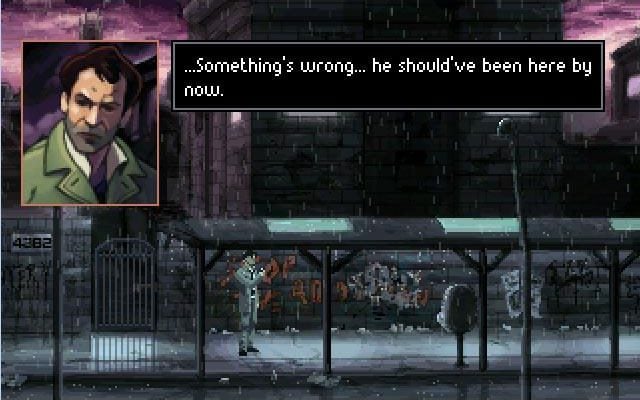 If I had to classify Gemini Rue – and I do – I think I’d call it a “cyberpunk-noir existentialist thriller.” It’s a fascinating examination of humanity that unfolds against a grimy, dystopian sci-fi backdrop, where high technology and interstellar travel cross paths with desperate junkies and organized crime in a grim, slow-burning mystery that asks two questions for every one it answers. And it’s a fantastically good game, too.

Gemini Rue hearkens back to the good old days of computer adventure gaming when blocky VGA graphics were considered cutting edge, but don’t be fooled by its dated look. Underneath the anachronistic visuals beats the heart of a very sophisticated game, with a top-notch soundtrack, good and sometimes even excellent voice acting, an engaging story that will keep you guessing and gameplay that only rarely stumbles over the line that separates challenge from frustration. 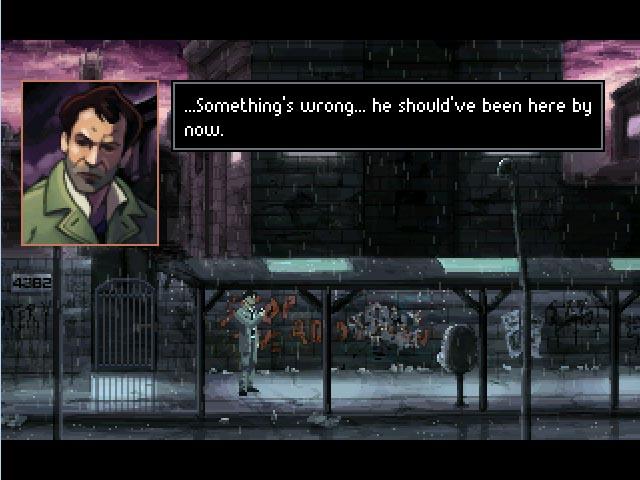 In an unusual twist, the game’s story is actually told from the perspectives of two very different characters: Azriel Odin, an improbably-named assassin-turned-cop prowling the sodden streets of the planet Barracus in search of an old friend with a secret, and Delta Six, an unnamed, amnesiac prisoner trapped inside a gleaming white “rehabilitation center” hidden inside an impenetrable nebula. Each side of the story plays out separately, with similar mechanics but vastly different flavors; for most of the game, you’ll be able to switch between the two at will, although at times their “chapters” will draw to a close and you’ll be automatically switched to the other character in order to catch up.

Gameplay is fairly straightforward, familiar to veterans of the adventure genre and easy for newcomers to pick up. Right-clicking on objects will bring up a menu with a standard array of options like “examine,” “talk,” “grab” and “kick,” as well as the option to use inventory items on other objects in the game. Azriel also carries a very handy communicator device, with which he can keep track of names and notes and get in touch with other characters in the game. There are even a few action sequences in the form of brief gun battles, which can’t be avoided but do feature adjustable difficulty, so that even the most uncoordinated (or uninterested) players will be able to blast through them with relative ease. Yet while action bits might sound out of place in a point-and-click adventure, they work; even at the easy difficulty level the gunfights inject a few moments of real and rather unexpected intensity into the game.

Gemini Rue is such a memorable game in large part because it sneaks up on you. At first glance, it looks like just another rough-edged retro adventure, trading on nostalgia to attract an audience of die-hards who never got over the cancellation of Police Quest. But before long you start to notice the refinements and polish, like the public data terminals with drag-and-drop interfaces, or the melancholy music and oppressively realistic rainfall, or even the fact that despite the low-resolution graphics, some of the game’s hand-painted backgrounds are stunningly beautiful. You simply don’t expect to see this level of production quality in an old-school adventure game, which makes the effect even more powerful when you do. 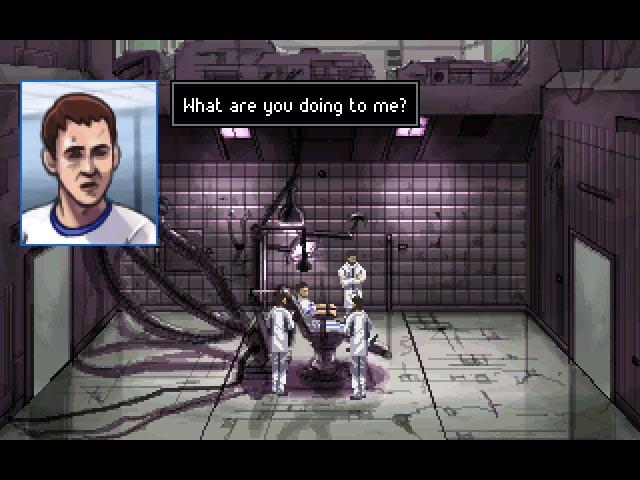 The story is similarly subtle. Instead of filling in the blanks with a lot of mundane exposition, Gemini Rue behaves as though its world is the “real” one. The war between Taurus and Gemini is treated as common knowledge, as is the Boryokudan and its impact on everyday life, and the need for an off-world police team to operate in secret. More detailed background information is available if you want to go looking for it, but even if you choose not to pursue it, doing away with the awkward, oh-so-dull monologues that games often use to spell things out vastly heightens the overall sense of immersion. It’s a style that may demand a little more from players than other games, but the payoff is well worth it.

Most of the game’s puzzles are tough but not unpleasantly so, and the occasional moment of frustration can usually be overcome by stepping back, reviewing your notes and paying close attention to everything you see and hear. If all else fails, the time-honored trick of “try everything on everything else” will eventually get you where you want to be, although the game does now and then rely on the discovery of small, nondescript objects to move things ahead. It’s far from the worst kind of pixel hunting I’ve ever run into but it’s something for newbies in particular to be aware of: keep your eyes, and your mind, open to everything. 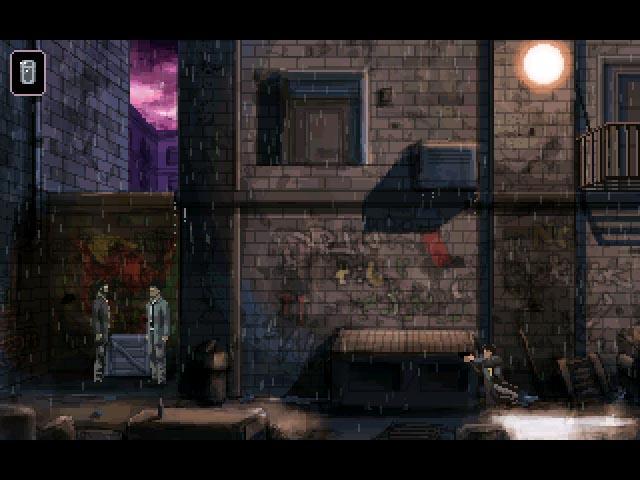 The only other potential downside of note is that the subject matter is rather grim. It’s entirely a matter of taste, but blood is shed and people die, and at one point you’ll find yourself searching through corpses in a dumpster. Hey, it’s a tough galaxy.

I found myself thinking about the cult classic film Blade Runner more than once while I was playing Gemini Rue and in my book that’s high praise indeed. The similarities are largely skin-deep (although there’s one moment that I can guarantee will leave fans of the film grinning like idiots) but the “dark future” ambiance that made the movie so striking shines through very powerfully in this game as well. Gemini Rue is a truly excellent game that deserves to be a big hit. Adventure fans should absolutely not let this one pass by.