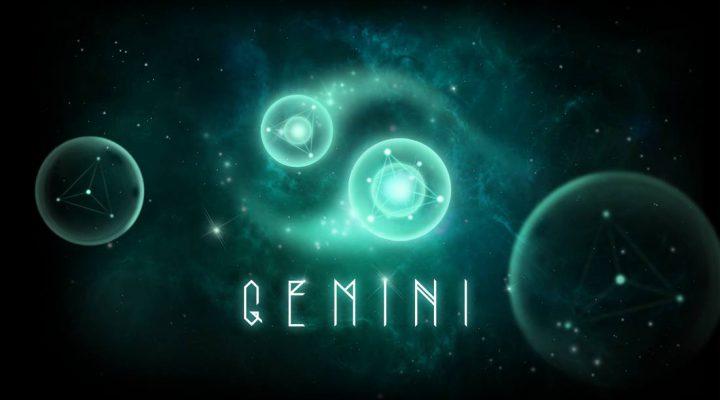 No tutorial, hints or tips

Milestones are unclear and progress is lost when quitting the game

Gemini is a new indie game that follows the journey of two stars ascending through the sky. The developers have described the game as an “interactive poem” which offers latitude for experimentation within the form and certainly reflects its artistry. I can say, without hesitation, it is one of the most beautiful games I have seen in a long time. Each scene simply blooms.

The experience of the game (because saying “goal” seems too proscriptive) is an upward journey through immersive celestial spaces. You control a small star which encounters a diminutive companion star, and together you must fly. To maintain your flight path, you must stay in very close proximity to your partner, occasionally reconnecting through a little web of stardust. This offers a significant challenge as you navigate, because your new friend veers off of its own volition and you have to coax it back to your target. 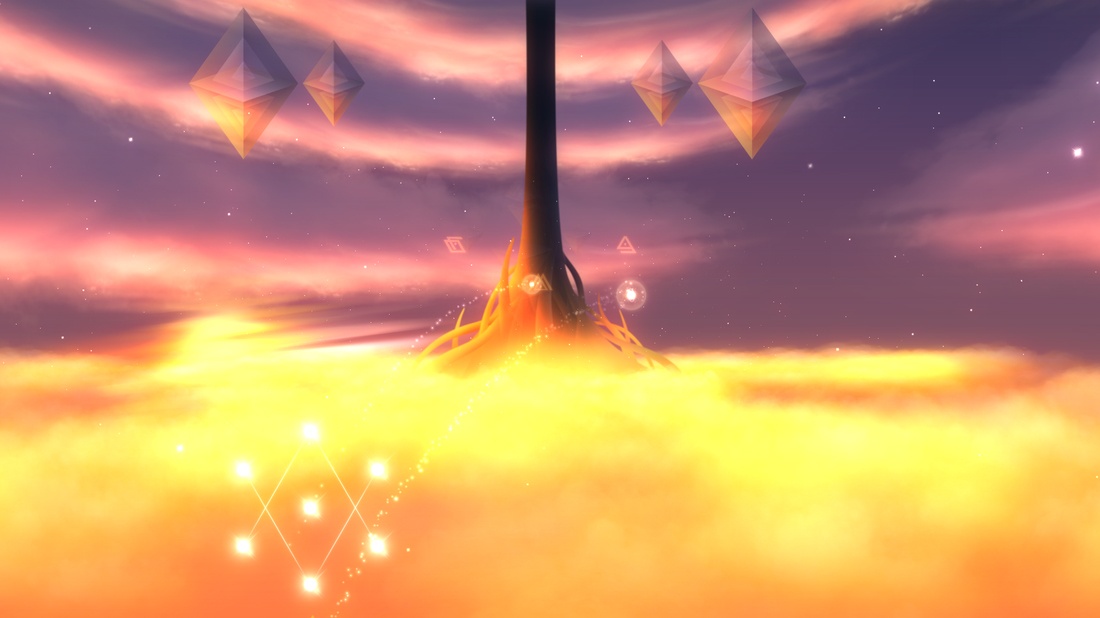 Gemini is exceptional in how it presents “space,” both as scenic astral planes and as an area through which to traverse. Most of the game is spent moving along the Y-axis (upward) while using the X-axis (side-to-side) to stay in contact with your companion and make contact with other elements. There are several moments of moving along the Z-axis toward things that are far away in the background which are particularly striking. The particle effects—including the stardust trails, the clouds, the fog, the glowing—are all impressively rendered making the worlds feel full, evocative, and alive.

Gemini is truly a work of art and merits its title of “interactive poem.” However, as a game it is lacking some basic user experience functionality that most audiences have come to expect. As a premium game, it is important to ensure players know about these omissions that may cause some frustration.

First, there is no clear tutorial. Early on you’ll receive one brief hint that you and your companion must be close to each other to fly. But that’s it. You’ll need to explore to figure out where to go, but navigation requires constant attention. The learning curve is steep and the tapping never eases up. If you stop for even a second you’ll fall back to your starting point, which is frustrating for a new player. I imagine that if this game were free-to-play, the developers would see considerable drop-off within the first play session. Without a tutorial or even minimal direction, players are left essentially alone, reliant entirely on their own persistence to move forward. 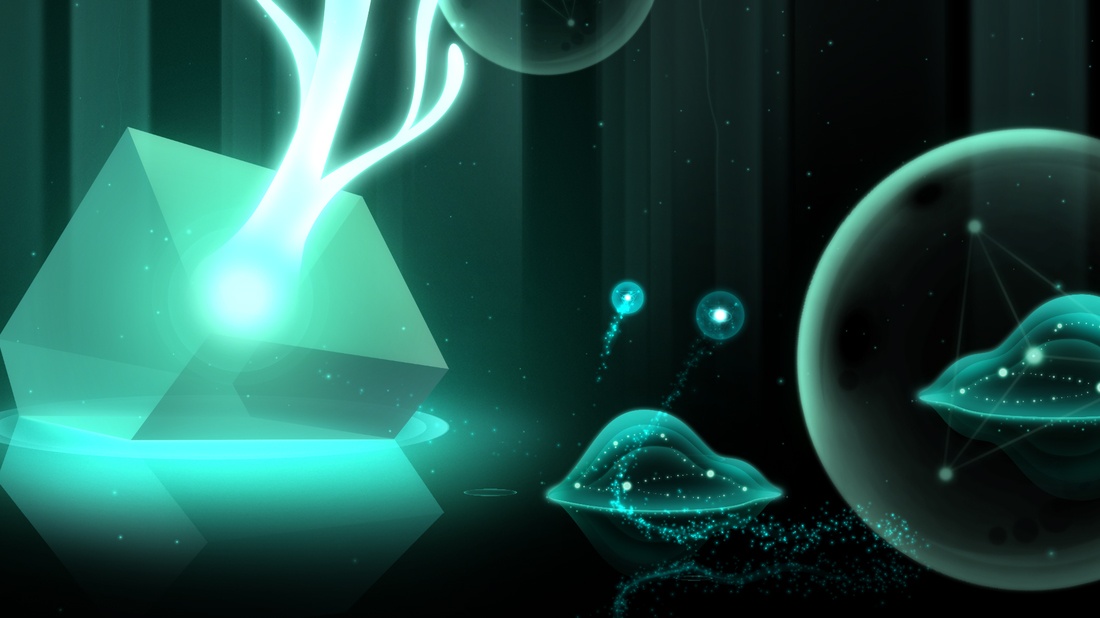 Many objects in space can be interacted with—lights are triggered, bubbles can be popped. But not all activities are useful to your progress. As such, you’ll expend effort doing them but not be rewarded. This is particularly frustrating when you’re already having a difficult time steering your team or advancing.

Milestones aren’t entirely apparent if you need to stop playing. While there are some symbols you encounter—which I initially thought were directional arrows but stopped being discernable as such— they aren’t all milestones. This means that if you quit the game, you’ll need to redo several sections you already passed. A warning of where you’ll return to if you stop playing would be particularly helpful. At first, I wasn’t sure if I would just fall all the way back to the beginning if I stopped flying, but was relieved to find that was not the case. 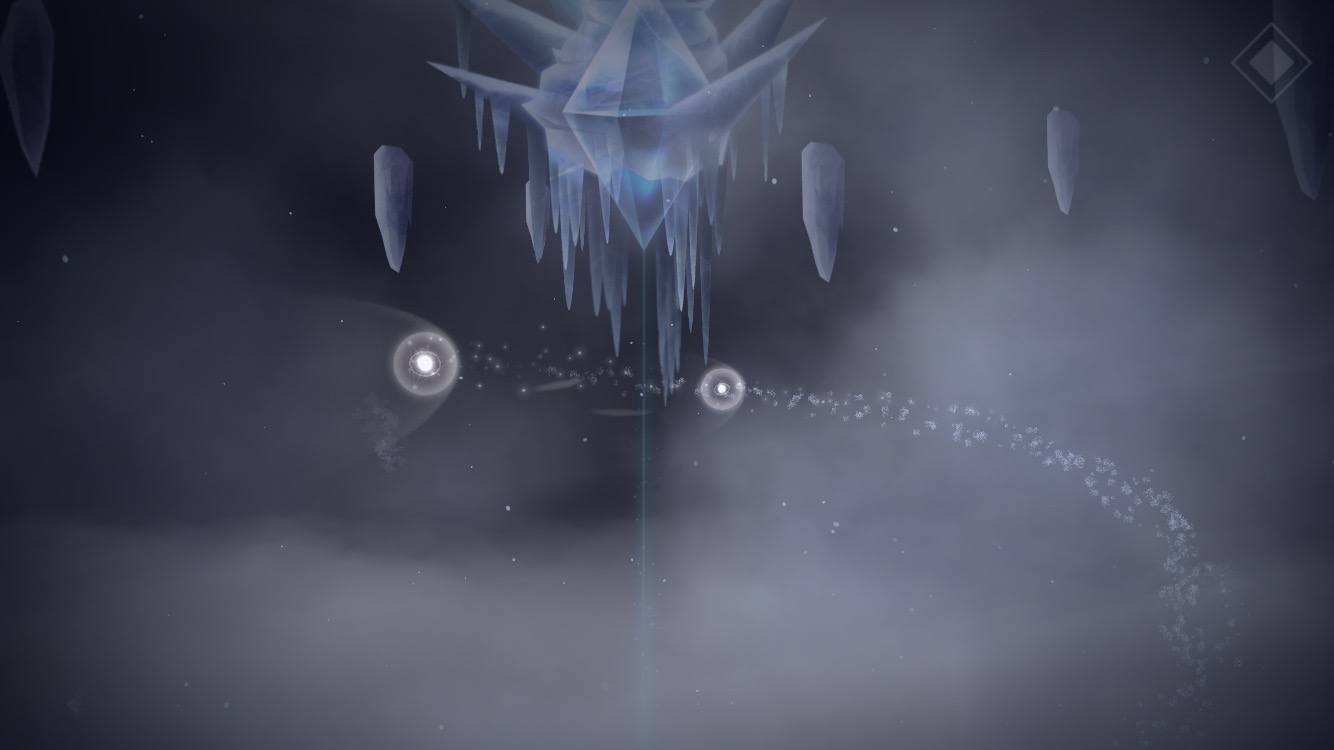 The camera zooms in and out on its own and it’s not readily apparent what triggers the zoom, how to prevent the zoom or how to fix it; trying to pinch the screen didn’t do anything to effect the perspective. Because you can’t zoom out, you can’t line yourself up to a target object. This is particularly discouraging in a scene where a sideways wind is blowing hard and you must try to ascend along a specific path; being able to zoom out would allow you to align with the path before the wind pushes you away.

Sadly, Gemini’s resplendent power is occasionally undermined by its own design. With a few key user experience modifications, such as controllable zoom, clear milestones, and optional hints or tips added to the HUD, the gameplay would be elevated. Aesthetically, however, the game is sublime.

Nevertales: The Beauty Within – Stranger Danger