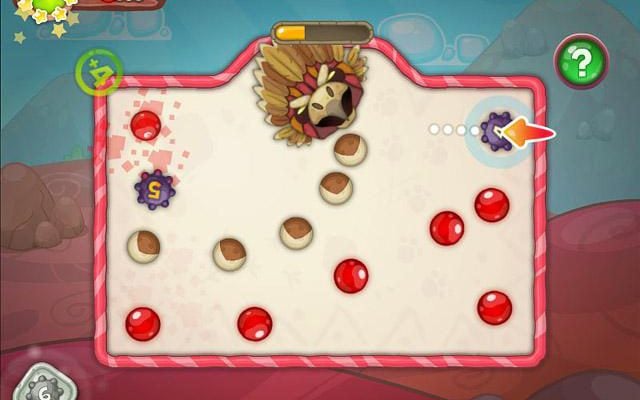 Gemaica can’t hit the fun side of a barn, even with all its cannons blazing

You’d think that any game about pirates would automatically be fun. Generally, it’s true: pirates make things at least a little bit more enjoyable, even if they’re not always great. However, Gemaica manages to prove the exception to this rule. The game just never really manages to hit the right note, and all the pirates in the world can’t make up for that.

The story begins with a quick scene of a pirate captain’s homecoming, only to find his father near death and lava destroying the house. The old man sends our vapid young buccaneer out to find hordes of treasure, which will apparently explain what’s going with Mother Nature. When the nameless pirate returns to his ship, you’re on board and are named his first mate. As a result, it’s up to you to accumulate lots of gold and artifacts while the captain stays and… you know, it’s never really explained what he’s getting up to on the ship. Needless to say, the plot is goofy and weird, but not really in a fun way; it all feels lazy and slapdash instead.

Gemaica is a marbles/match three game, where you drag behind a gem to aim and fire. When two marbles of the same color collide, they’re removed from the game board and a gauge at the top of the screen is gradually filled. More marbles pop up, and everything repeats. Now here’s where things get interesting: When marbles connect, a magnet effect kicks in. This lumps all nearby marbles of the same color together, but also drastically slows movement down.

When you combine three or more marbles, they evolve into a bomb that can take out any other gem within their blast radius. The more marbles clustered together, the bigger the bomb’s blast radius. Aside from a larger area of effect, creating bigger bombs also nets a small time bonus on the clock. 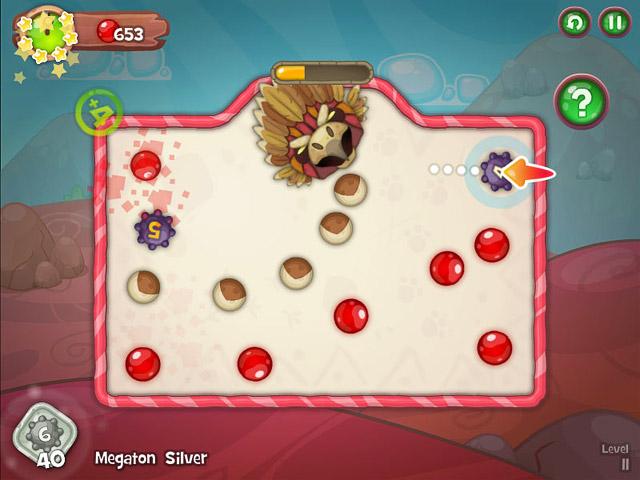 The game starts out fairly easy, though the aiming system seems to require more finesse and accuracy than you might expect. After the first few levels, though, things take a sudden turn for the maddening. Without warning, you have to rack up nothing but high-level bombs in order to keep the clock going long enough to beat the level, but it takes at least a dozen tries to move on to the next stage. It makes no sense that the game has such a sudden difficulty jump, and it does a lot to kill any sense of fun that’s here.

Production-wise, the game’s fine. The cutscene at the beginning features some goofy cartoon characters, and the vector graphics work nicely. That said, there aren’t really that many great visuals to be seen after the intro movie, since the marbles all look the same and the only time you really get to any other graphics are when you’re filling up the ship’s cargo hold with gold and artifacts.

Were it not for the sudden difficulty switch, it’d be easy to recommend Gemaica as a good game for kids, since it’s uncomplicated and easy to learn. Unfortunately, that jump means that this is a game that doesn’t feel like it’s quite right for anyone. Instead, the only thing that’s consistent here is that there’s just not much enjoyment to be had.