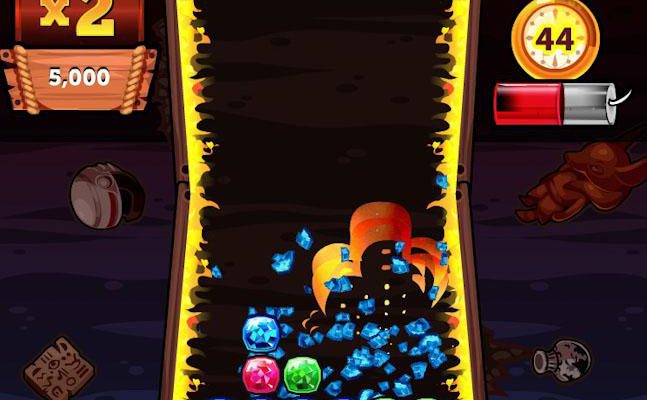 With so many gem-based puzzle games coming out on what seems like a monthly basis, it’s tempting to consider a name like “Gem Rush” as a metaphor for the current state of the genre on Facebook. Most, to be sure, are forgettable, and even the best of them sometimes feel like doppelgangers of Bejeweled Blitz. I’m pleased to say that this isn’t really the case with Gem Rush. Far from being a mere rip-off, Gem Rush provides a slick, fast-paced experience that will suck you in for dozens of minutes at a time. The only is question is whether if offers enough to keep its players past the initial rush.

That’s not to say that Gem Rush is entirely original; if you look closely enough, you’ll find it in the shadows of such greats as Dr. Robotnik’s Mean Bean Machine (or Puyo Puyo, for the cosmopolitan-minded), Tetris, and, yes, even Bejeweled Blitz. But Gem Rush does just enough to distinguish itself. The basic gameplay centers on 60-second rounds in which players attempt to line up short columns of colored gems with existing gems on the board. If you match three or more gems of the same color, the gems explode. If you start matching them quickly enough, the game rockets into a frenzy mode with score multipliers. And once you’ve cleared the board, it fills up again and you work your way to the bottom once more. 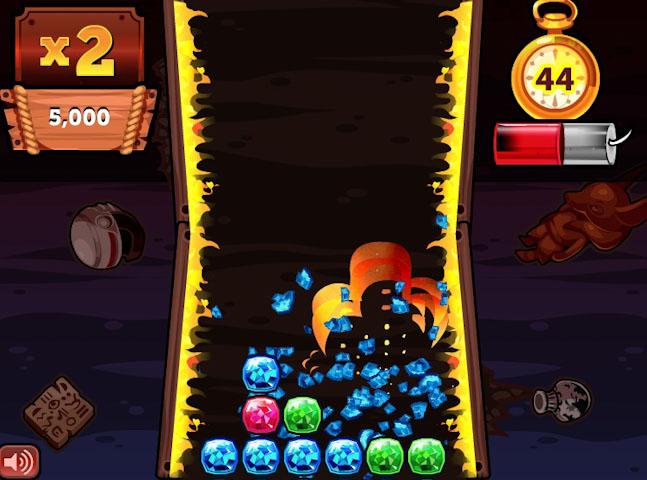 Surprisingly, there aren’t many bonus items here aside from perks such as blocks of TNT that pop up if you’re doing well enough in the frenzy mode. That in itself isn’t necessarily a bad thing, since the proliferation of random god-like gems such as the “Cat’s Eye” in Bejeweled Blitz has almost completely ruined the joy of playing a power up-free game. Instead, each new level grants a player a one percent bonus to his or her score. It’s a somewhat welcome change of pace, even if it means that you can all but give up on catching up with your level 11 buddy on the weekly leaderboards if you’ve just started playing. (To be fair, the leaderboards only unlock once you’ve completed a few rounds.) The leaderboards in question are also the game’s only real social feature, although you can send your friends a free heart so they can keep playing.

Those hearts provide OMGPOP’s main method of profiting from the title. Every time you play a game, you lose one of the five hearts in the upper right corner of the interface, although these recharge at a rather generous rate of one every five minutes. Once you run out of hearts, you either need to get another heart from a friend or pay nine Facebook credits for five more turns. It’s hard to see why anyone would ever use this route. Waiting for your entire bar to fill back up takes a mere 25 minutes, and the only time I ran out of turns during my review playthrough was when I forcibly used them up to learn the consequences. As a result, only the most addicted players will ever feel the need to buy more hearts. 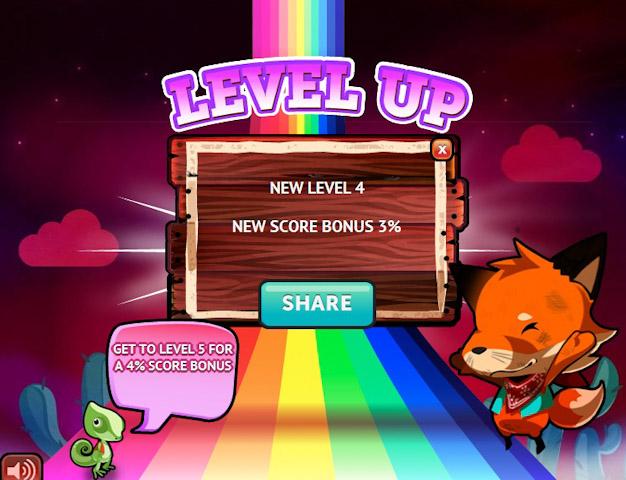 That decision in itself will keep many players coming back, although it’s worth wondering if the game’s straight gameplay will be enough to retain them without the reward of powerups or similar items. For better or for worse, that’s a staple of the genre’s most popular titles. There’s also very little in the way of a tutorial right now, although the gameplay is usually straightforward enough to keep this from being an issue. Regardless, Gem Rush is an enjoyable little puzzle game that’s just different enough to stand out from the other gem games that have been rushing on to the market over the past few months. With a bit of polish, I have little doubt that this gem could shine far brighter than its competitors.