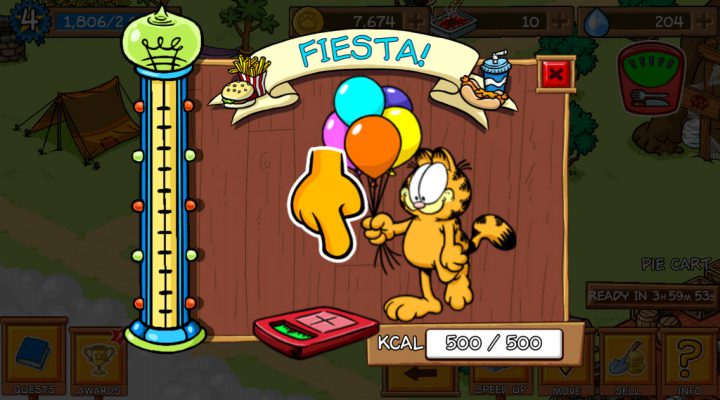 Lots of Garfield characters to collect.

Some of the character art looks off-model.

Game feels more like a collection of random items than a world.

When the name “Garfield” pops up, one percent of the civilized world thinks of the 20th President of the United States. Everyone else thinks of Jim Davis’ fat Monday-hating feline.

My dear twenty- and- thirty-somethings: How many of us grew up watching Garfield and Friends? Or his animated specials? Who wasn’t just a little freaked out by the “abandoned house” storyline Jim Davis published around Halloween 1989?

All these years later, Garfield can still entertain, and if nothing else, he’s built up a pretty huge repertoire of characters and locations. Unfortunately, Pixowl’s Garfield-themed city builder, Survival of the Fattest, is rather bland, plagued with technical issues, and is generally the kind of tie-in that makes some regard Garfield as little more than a money-making machine. 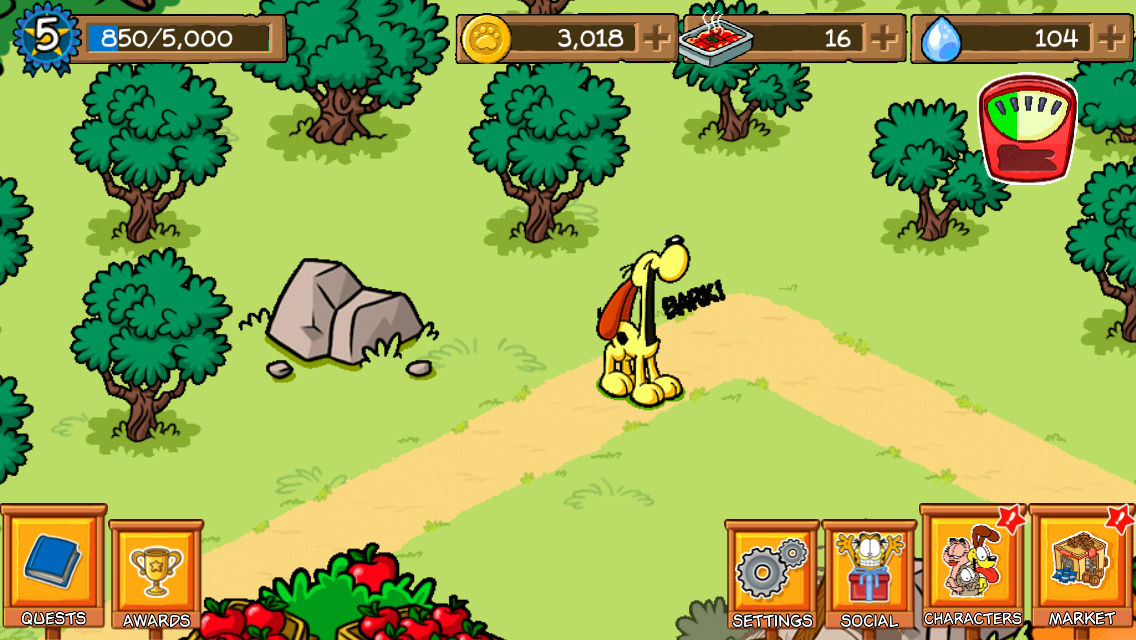 Inspired by games like Snoopy’s Street Fair and The Simpsons: Tapped Out, Garfield: Survival of the Fattest lets you build up a world for Garfield to rule over. The game takes place on a campground, where you can purchase familiar set pieces and characters that perform wacky animated tasks for in-game currency.

But Survival of the Fattest has an odd twist. The reason it takes place on a campground is because Jon wants Garfield to shed a few pounds, presumably by getting exercise and eating pine needles. Controlled weight loss is a form of tyranny in Garfield’s world, so in addition to building up his camp, you also need to find ways to keep the cat fed.

Garfield doesn’t exactly have much in common with his lean and keen feline ancestors, so in his case, hunting for grub means planting fruit trees as well as building pie carts and pizzerias. He gains weight every time he gathers bounty, and when the scale-shaped meter in the corner tops off, he earns some lasagna (which is, of course, the game’s hard currency).

While it’s neat to see Garfield in his own city-building game, the final product isn’t as appealing or as polished as Tapped Out or Street Fair. For one thing, the game crashes often, especially on start-up. The campground setting is also odd because you wind up with a mish-mash of Garfield-centric objects instead of an actual location like Tapped Out’s “New” Springfield. 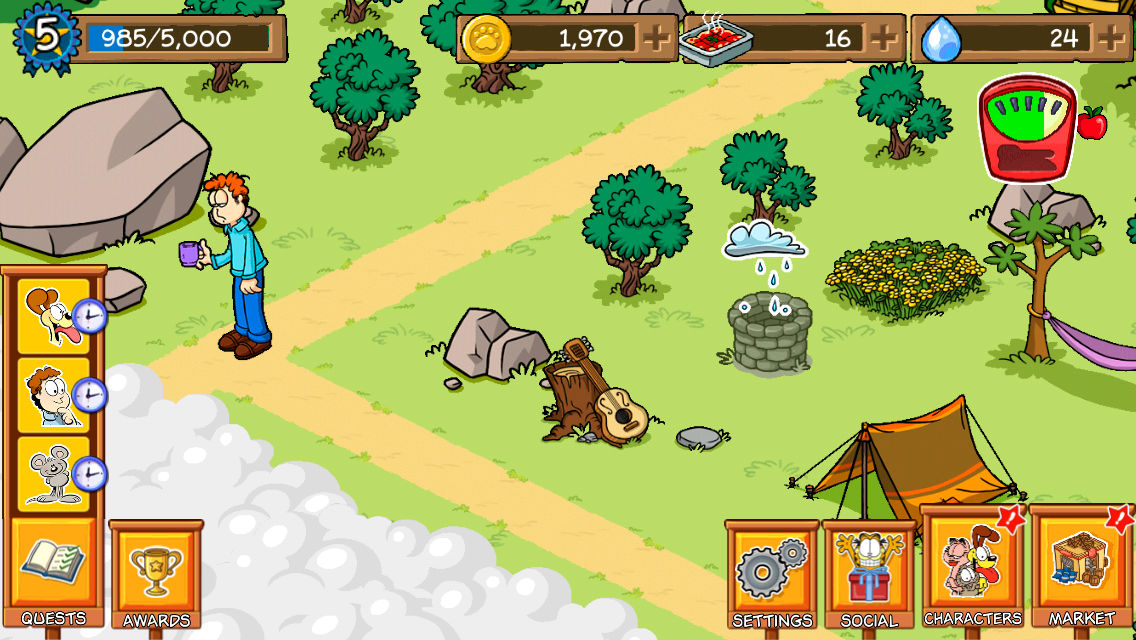 Moreover, some of the character art is bizarrely off-model. Garfield is so iconic that even if you’re a casual fan, it’s impossible not to notice when he’s been drawn with a swollen nose or sagging jowls.

Finally, there are a lot of spelling and grammar mistakes, and some of the attempted jokes don’t click like they should. Garfield strips aren’t always the height of comedy, but Survival of the Fattest’s text seems to suffer from poor translation and localization.

Garfield: Survival of the Fattest is worth a shot if you’re the type of Garfield fan that owns every scrap of orange-and-black merchandise ever created (and we know you’re out there). Otherwise, if you’re looking for a licensed city-builder, you’re better off staying in Springfield.