By Brock Cooper | 13 years ago 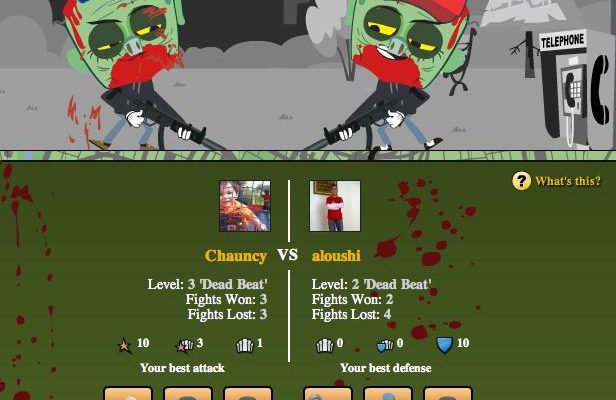 Gangsta Zombie helps take an undead bite out of crime

Gangsta Zombies is a tongue-in-cheek game that blends zombie culture with Mafia-Wars-style missions and game dynamics. It’s mix of familiar game play with the zombie mythos creates a game worth your time, especially if you’ve got a hunger for brains.

You’re an up-and-coming zombie, trying to make it in a world bent on putting a bullet in your undead head. The only way to make your way up the mafia-esque ladder is by buying property to earn money, completing missions and defeating other zombie rivals in battle. The missions are grouped together in tiers that can only be accessed as you gain levels. Gangsta Zombies also employs achievements such as “Mr. Generosity” for giving 10 gifts, as well as collections that can be traded for power-ups. 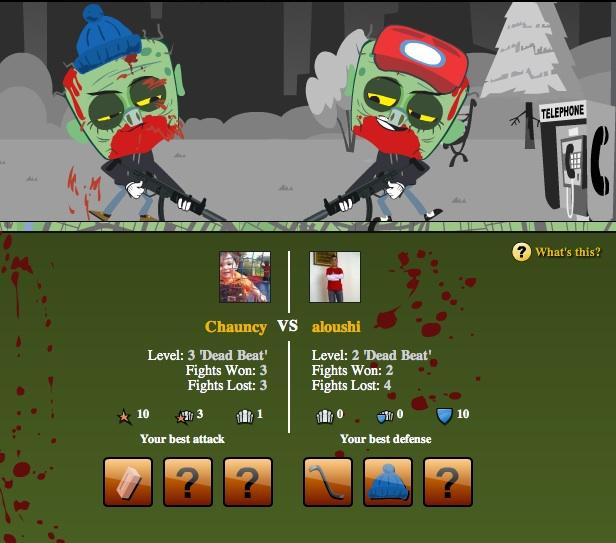 The ultimate power-ups come from using gold blocks that are given each time you level-up and trade at the inventory store for items, like an antique samurai sword, or at the Deadfather. Yes, I groaned as well. Like most games, you have the ability to use real-world money to purchase gold instead of waiting to earn it during gameplay.

The most awesome aspect of this game is your character and ability to customize. When you begin Gangsta Zombies, you choose your zombie face, clothes, hat and shoes. He can be well-dressed or completely tricked out. As you earn money and gold, you can continue to purchase new clothes that are both fashionable and allow added defense. By the way, there is just something wrong about a zombie wearing a shirt adorned with a picture of Marilyn Monroe. Anyway, when you duke it out with rivals, your character will physically fight his opponent, decked out in full fashionista regalia. 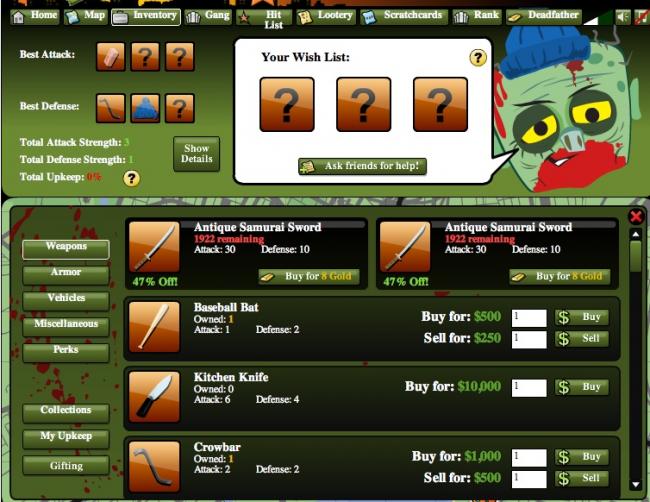 The vignettes will show the two characters attacking each other with a variety of weapons and blood spurting from resulting wounds. It’s these little touches that truly make it a unique game and keep you coming back for more. Also, energy and stamina regenerate at a good pace, so you can leave for an hour or two and come back with the ability to move on to new missions. 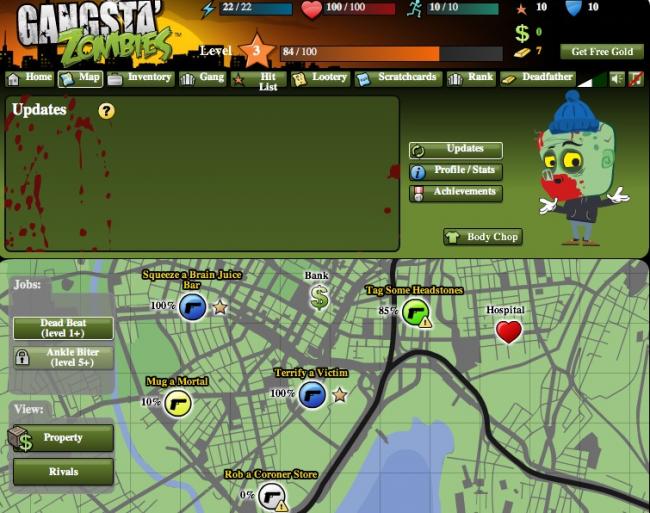 While the characters create a new twist on a well-established game mechanic, there are a few faults. The game lacks a proper tutorial so you’re left to explore the nuances of the game yourself. If you’re unfamiliar with the Mafia Wars style, you can wander about completely unaware of key game element until you just happen to stumble upon them. I played for a couple of hours before I realized there were collections and I’d already unknowingly collected most of the items. The game also has pop-ups that I think are meant to educate you, but instead serve as an unwanted distraction. I would have much rather had an initial tutorial than random pop-ups telling me to add friends or take my money to the bank.

Gangsta Zombies is a Mafia Wars clone with the added bonus of zombies. It’s definitely worth checking out, but take the time to explore the game fully before getting wrapped up in missions and buying property.

Echoes of the Past: The Castle of Shadows Review