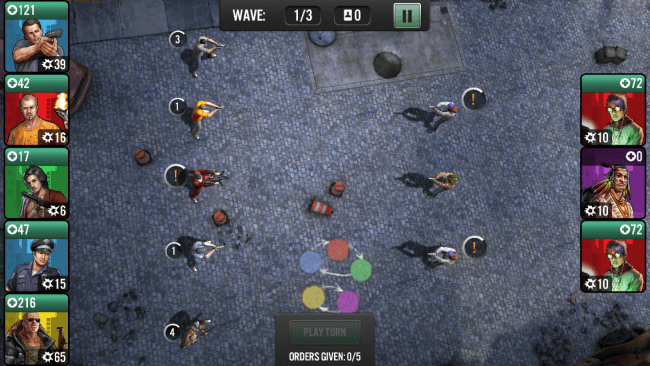 Get made or get buried

So much of Gang Lords seems derivative. Players collect a menagerie of character cards, upgrade and evolve their forces, and create a team of the most powerful gangsters they can find so that they can decimate the opposition. It’s a lot of the kinds of things we’ve seen before, really. The thing is, while it’s a familiar setup, the actual gameplay feels refreshingly complex.

The management side of things in Gang Lords should feel pretty familiar to many freemium gamers. Cards can be leveled up in the usual manner: by sacrificing low-end feeders and spending a little in-game cash. Evolutions require fully leveled cards and special supplemental evo cards. Other players can be recruited for a fight so that their Leaders can join in the fun. And, of course, there’s an energy mechanic that prevents players from picking too many fights at once. 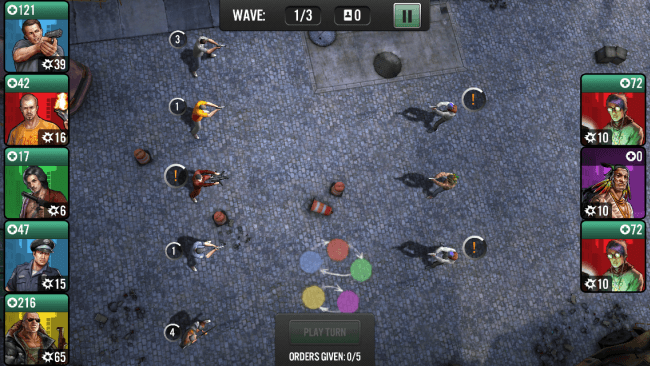 The fights are something else entirely, though. Two gangs square off on opposing sides of the screen and players have to make careful use of their characters in order to come out on top. There’s an admittedly familiar rock-paper-scissors mechanic at play that allows Green cards to trump Blue, Blue to trump Red, and so on; but there’s a lot more to it than that. Each gangster has a set number of turns they have to wait between attacks, and this value can vary greatly. At the same time, players can sacrifice a card’s turn to “support” another, giving it an attack/defense boost and knocking one turn off their activation counter. It’s this support mechanic that makes a huge difference in how one tackles each fight.

I was so ready to write-off Gang Lords at first, but I’ll gladly admit that the combat has won me over. I have to think in a completely different way than I usually do in collectible card games now. Do I take a powerful gangster into a fight knowing that I can only attack with them once every three turns? Should I try to boost my strongest card so it can attack this turn, or focus on protecting my weakest so that it can make it to the final wave and act as support when I really need it? 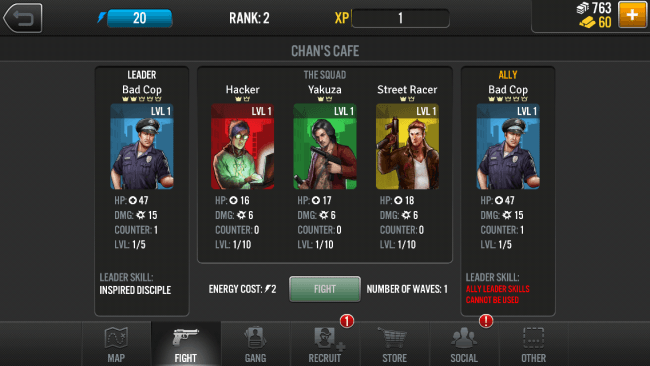 I never expected this level of strategy but I’m incredibly glad it’s there. I’m also a big fan of the visuals, both for the card illustrations that are often clever nods to notable characters from various games and movies, and the simple but effective 3D models used for the gangsters in combat and the map. It all looks pretty good, especially most of the final evolutions. I really want that Bionic Soldier.

My issues with Gang Lords are few and nit-picky, but they’re still issues. Comparing gangster stats when switching the team around is surprisingly clunky, to be honest. Especially considering that so much of the game seems a lot more accommodating – things like the ever-present weak/strong diagram and the clearly labeled pre-attack damage labels. It just seems wrong to have a game that displays so much relevant information in a convenient manner to prevent players from being able to directly compare the stats of the card they want to ditch for the one they want to add. 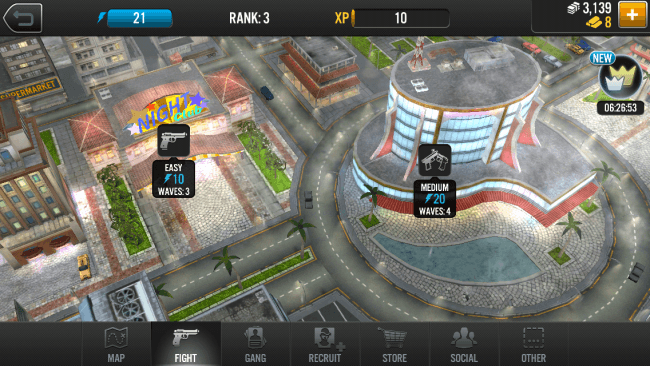 It also takes a fairly long time to earn enough Respect (or gold, the premium currency) to draw more cards. It’s actually a lot faster to simply earn more through fights, and the results seem to be about the same (i.e. lots of throwaways), which makes me wonder why such an option even needs to exist. Aside from being able to spend premium currency/real money to guarantee rare cards, of course.

Those gripes aside, I was impressed with just how entertaining Gang Lords can be. It has a solid, if a bit by-the-numbers, free-to-play foundation, and a combat system that’s a heck of a lot more strategic than it first appears.