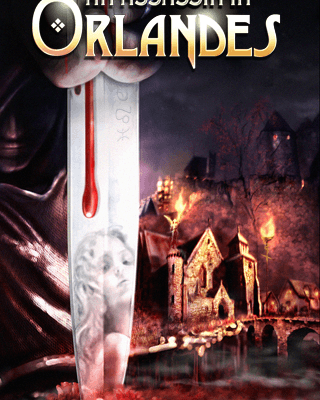 Gamebook Adventures: An Assassin in Orlandes plays like a perfect blend of Choose Your Own Adventure and D&D

When I first booted up Gamebook Adventures: An Assassin in Orlandes, I honestly wasn’t quite sure what to expect. A game where players spend most of their time reading? In a lot of ways it sounded more like a homework assignment than a gaming experience. Needless to say I was both surprised and delight to find that An Assassin in Orlandes delivered one of the most engaging iOS gaming experiences I’ve had to date.

The Gamebook Adventures series could easily be summed up as Choose Your Own Adventure meets Dungeons & Dragons, but somehow that description doesn’t quite do it justice. Sure, the basic formula mirrors that of the COYA gamebooks of your youth. And yes, Orlandes is a medieval world filled with nobles, cannibals, and adventurers. But the level of polish, depth of story, and quality of writing really help raise An Assassin in Orlandes above such unnecessary comparisons. 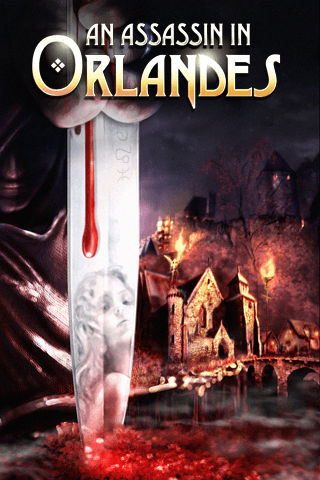 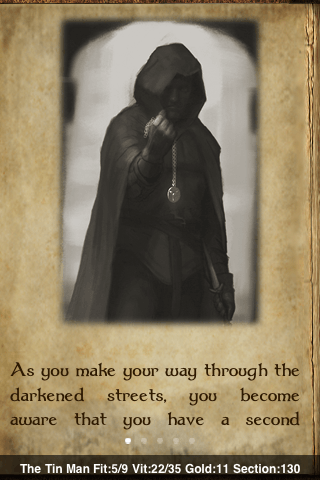 For those not familiar with the aforementioned Choose Your Own Adventure formula, Gamebook Adventures plays out thusly; players read a few pages of a story, and then are presented with a choice in how the story will unfold. For example, your character might be running from some guards. Do you want him to stand his ground and fight? Or should he find a way to pry open the sewer grate and hide in the murkiness below? Whichever decision you make will alter the course of the story, providing you with new plot points and choices to make as the narrative unfolds.

While things may quickly take a new direction on each play through, An Assassin in Orlandes always starts the same way. Your character is drinking away his sorrows in a tavern, thinking of the woman he’s just split from. Upon exiting the tavern he witnesses the murder of a noble. As assassin, it would seem, is murdering the nobles in Orleans – and he’s given you a pretty good reason to stop him. (Sound vague? That’s because this review is striving to be spoiler-free!)

In addition to simple decision making, the Gamebook Adventures series also has some RPG-style stat tracking and combat. Players will have vitality points to represent their health, fitness points, and an attack and defense rating. All of these are determined, and later affected by, rolling six-sided dice.

Combat may seem a little confusing at first, but if you’ve ever played a dice-based board game like Risk, it will all seem like second nature to you. The attacker will roll a set number of dice (determined by your attack rating) and the defender will counter with a set number of dice (determined by their defense rating). If the die with the highest number belongs to the attacker, they’ve successfully dealt a blow. If it belongs to the defender, they’ve dodged. Damage is equal to the total score of all of the attackers dice, and combat will bounce back and forth between both parties until somebody dies – hopefully not you. 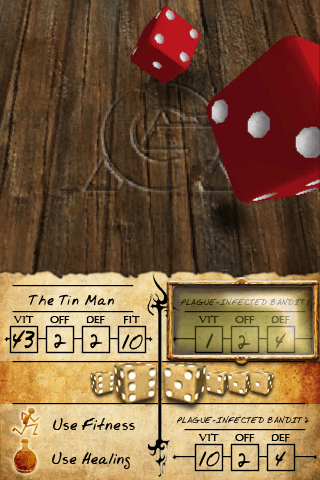 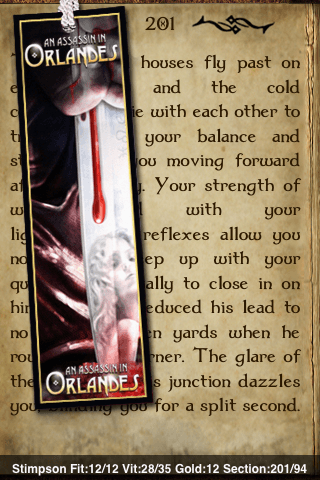 Your fitness score comes into play when attempting a rather strenuous activity, such as jumping over a rooftop or dodging an unexpected attack. You’ll have to complete a “fitness check,” which means you’ll need to roll two dice to determine whether or not you’ve successfully completed the task. Roll a number lower than your fitness score and you pass. Roll higher and you fail. Like decision-making, these results will impact the direction of the story.

Everything ties together nicely in the end – the storytelling, the combat, the stat tracking – to provide an incredibly engaging experience. And it’s an experience that can potentially last a long time. Each game I’ve played has lasted around half an hour, and while I’ve been playing a few times every day this week, I’ve yet to reach the ending where I have my final showdown with the bad guy and save the day. Some might find that to be a tad frustrating, but the real fun in games like this is seeing all of the different places it can take you, so in my eyes this makes An Assassin in Orlandes a winner. Besides, if you do find yourself wishing you’d zigged when you should have zagged, you’ll be able to place a limited number of “bookmarks” throughout the story that will let you jump back to an earlier point.

Interactive books might not be everyone’s cup of tea, but if you consider yourself a member of the literati and want to dive into a neat experience with a surprising amount of replayability, An Assassin in Orlandes kicks off the Gamebook Adventures series with a bang. Before you snag your next dime store paperback to pass time on your lunch break, be sure to take this one for a spin.

A Girl in the City Review