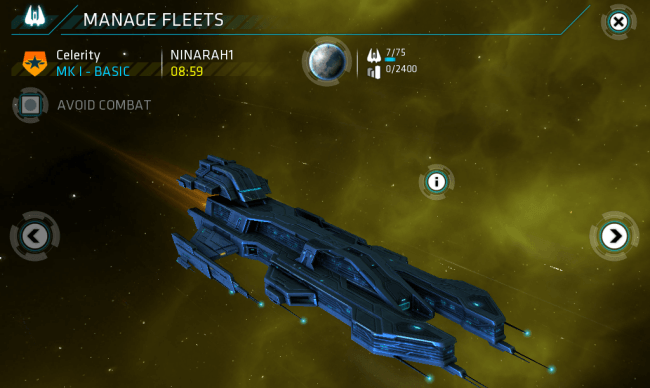 It’s been said that in space, no one can hear you tap on a touchscreen. Or at least something similar to that was once said. Anyway, it’s relevant because Galaxy on Fire – Alliances will have you tapping plenty of times as you try to conquer as much of space as possible. With or without allies, it ends up looking and sounding a lot more fun than it actually is.

If the Galaxy on Fire name sounds familiar, there’s a good reason for that. The previous games sporting that name were of the action-RPG variety, known for their customizable starships. Alliances is an entirely different beast: an MMO with resource management that is best played by teaming up with others, getting it a “truth in naming” award if nothing else. 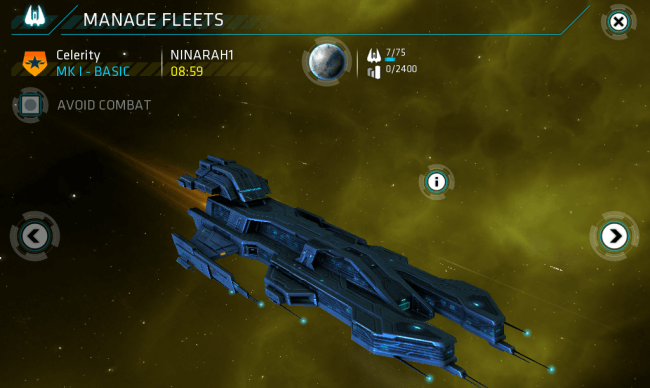 The galaxy in question this time contains the Shroud Nebula, a previously inaccessible region where three different spacefaring races are vying for power. Each has its own unique racial advantages, and one looks a lot like regular Earth humans. You pick the one that suits your fancy, and then it’s off to the tutorial.

Your home system contains several planets that allow you to get a feel for core concepts like building and upgrading structures and ships, sending cargo from one world to another, and using drones to unlock single-player missions. In one of the game’s best ideas, those starter worlds are completely undetectable at all times. So unlike games of this ilk too numerous to mention, you can’t be ganged up on and have all your resources stolen and structures destroyed.

While there are three resources that you’ll have to keep tabs on (metal, gas, and crystals), the fact that there is only one currency, credits, is another great idea. You can earn credits by completing missions or buy them for real money, but this is a rare free-to-play game that doesn’t feel the need to introduce two or more currencies. More games should do this. Credits can nab you several kinds of boosts or artifacts to buff your ships, but their most obvious use is to speed up construction timers. 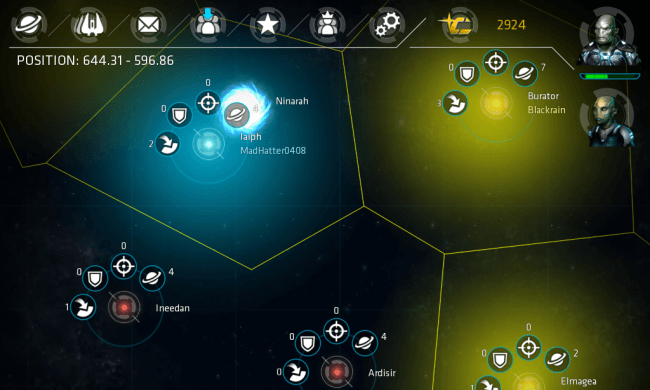 And oh man, are there timers. On each planet, you can only have one structure-related task going on at a time (building or upgrading something), but the shipyard can be producing ships and the barracks can be cranking out troops at the same time, just to pick two examples. That wouldn’t be so bad, except Alliances makes you hit a button to verify every completed task and collect your XP. Usually this requires multiple taps to get back through some of the menus, which means you should limber up your fingers before you play.

Combat is strictly a matter of simming battles based on what kinds of ships are sent in which quantities, so if you’re expecting to find action in the prior Galaxy on Fire tradition, you’re going to be disappointed. There’s strategy involved thanks to the rock-paper-scissors interaction between fighters, interceptors, and bombers, and you can watch replays of the battles, but mostly you just send your fleets and wait for the reports to come back. It’s hard for grand space battles to get more passive than that.

Once you feel comfortable leaving the confines of your home system, you’ll find yourself in a tug-of-war for planets out in the rest of the nebula. Here’s where joining an alliance pays off, as you can combine your efforts with other players and ensure yourself a little more safety – though the primary reason for doing so in other mobile MMOs is to make sure your home doesn’t get wrecked, and that’s not an issue here.

The tools to coordinate alliances seem fine, but the devs made a curious decision to limit alliances to a maximum of 50 members shortly after launch. Will a bunch of relatively small partnerships make for a more interesting game than what you see in other entries in this genre, where a few huge clans usually end up dominating a server at the expense of the small fry? It’s tough to say. 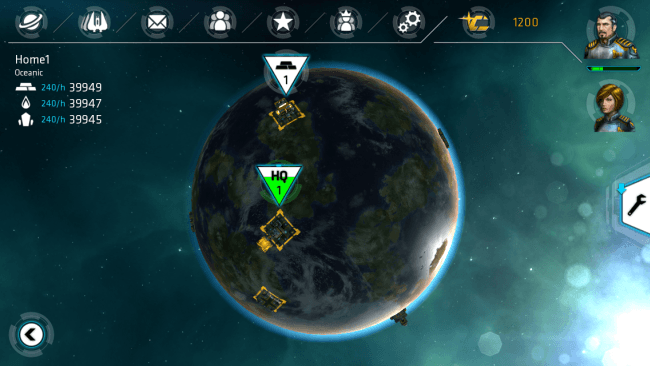 What’s easier to dislike right off the bat is the limit on the number of planets you can control, one that scales with the level of your commander. There’s a ship limit too, and it’s easy to bump up against both of them without much trouble. Spending credits can raise the limits – maybe that’s the secret monetization hook – but otherwise you’re going to be doing tons of missions and improvements in your home system just so you can spread out in ambitious fashion. And that’s a drag.

Swinging back to the positive side, it’s hard to recall a mobile game of this type that looked so great or handled so smoothly. The graphics are absolutely top notch even if they’re somewhat wasted on a game with so little variety in terms of units. The maps and menus are just as functional as they are pretty, giving you all kinds of visual information and responding to taps, pinches, and swipes effortlessly with virtually no lag.

Where does that leave us if not on Planet Mixed Bag V? If you’re the type of person who has enjoyed previous resource management plus multiplayer conquest mobile games, Galaxy on Fire – Alliances has you in its sights, possibly with just enough small tweaks that it could feel mildly fresh. Otherwise, there really isn’t much here that you haven’t seen before, albeit packaged very nicely and shot into space. Oh, and I guess on fire too.