Galaxy of Pen & Paper Review: Space… You Know the Rest 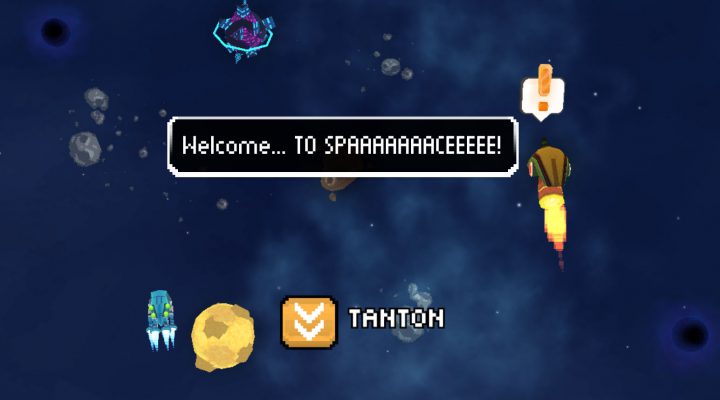 Let’s face it: when you say “RPG,” you’re almost certainly making it synonymous with “fantasy RPG.” We all do it, as swords and sorcery is more or less the default setting for role-playing. Yet there are many other worlds out there to explore, which is what Galaxy of Pen & Paper acknowledges in an excellent addition to the series that made meta-RPGs so much fun.

If you’ve played either Knights of Pen & Paper or its sequel, you should already have a feel for the set-up, which involves a group of friends coming together to play a tabletop RPG which then ends up as the game you actually play. Space is the place for the questing this time around, and as the meta-game year has moved up to 1999, the graphics and audio have stepped it up a notch as well.

Once you customize your DM and your first two intrepid space adventurers from a selection of classes that includes Bounty Hunter, Engineer and Trooper and races like Human, Green and Simian, it’s off to the stars … if by stars you mean a desert planet with a depressing day-to-day existence while you long to see more. Yes, Galaxy of Pen & Paper starts off by paying homage to one of the true classics. 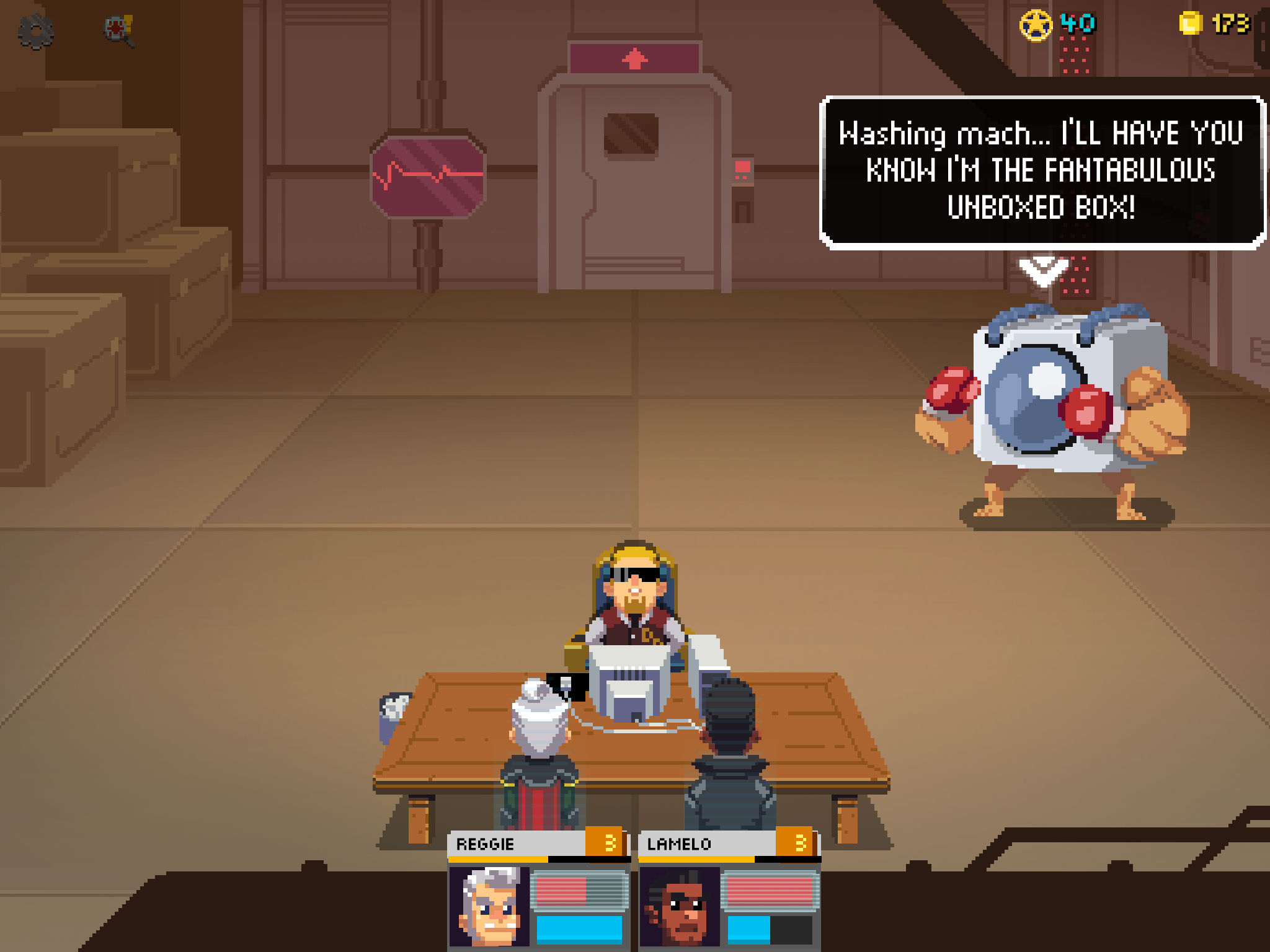 It’s a tongue in cheek tribute to be sure, and part of the fun is finding all the references that the developers have thrown into not just the dialogue but the background visuals as well. Even just talking to NPCs is rewarding, as they advise you against wearing red shirts since they seem to bring bad luck in space and assure you that Corgis are the best-suited dogs for space adventures.

The gameplay quickly introduces you to combat that is consistent with previous Pen & Paper games, meaning turn-based battles with an initiative system and multiple options per character when it’s their turn to act. The interface couldn’t be simpler even with more abilities at your fingertips this time, as you simply tap an icon and a target and you’re good to go. Ability loadouts can be modified and tailored to your liking as characters level up, so party roles can change over time.

In general, the combat seems to have more emphasis on condition/status effects than before, and nearly every enemy you encounter can do something nasty to you other than just deal damage. You do have shields that regenerate each turn — this is the far-flung future of 2999, after all — but the early game can still be difficult as you start off with just two role-players. As you venture through the mostly non-linear missions, you’ll unlock more classes via side stories that become available right away if you start a new game.

Space battles are also present in Galaxy because spoiler, you do make it off that desert planet at some point. Naturally, you also end up having to fight off hostile ships, and while space combat also isn’t laid out for you very well, it’s also not that difficult to grasp. Simply manage the number of points you have for attacks, repairs and other actions, all governed by the series’ running obsession/joke about dice and you’ll win way more often than you lose. 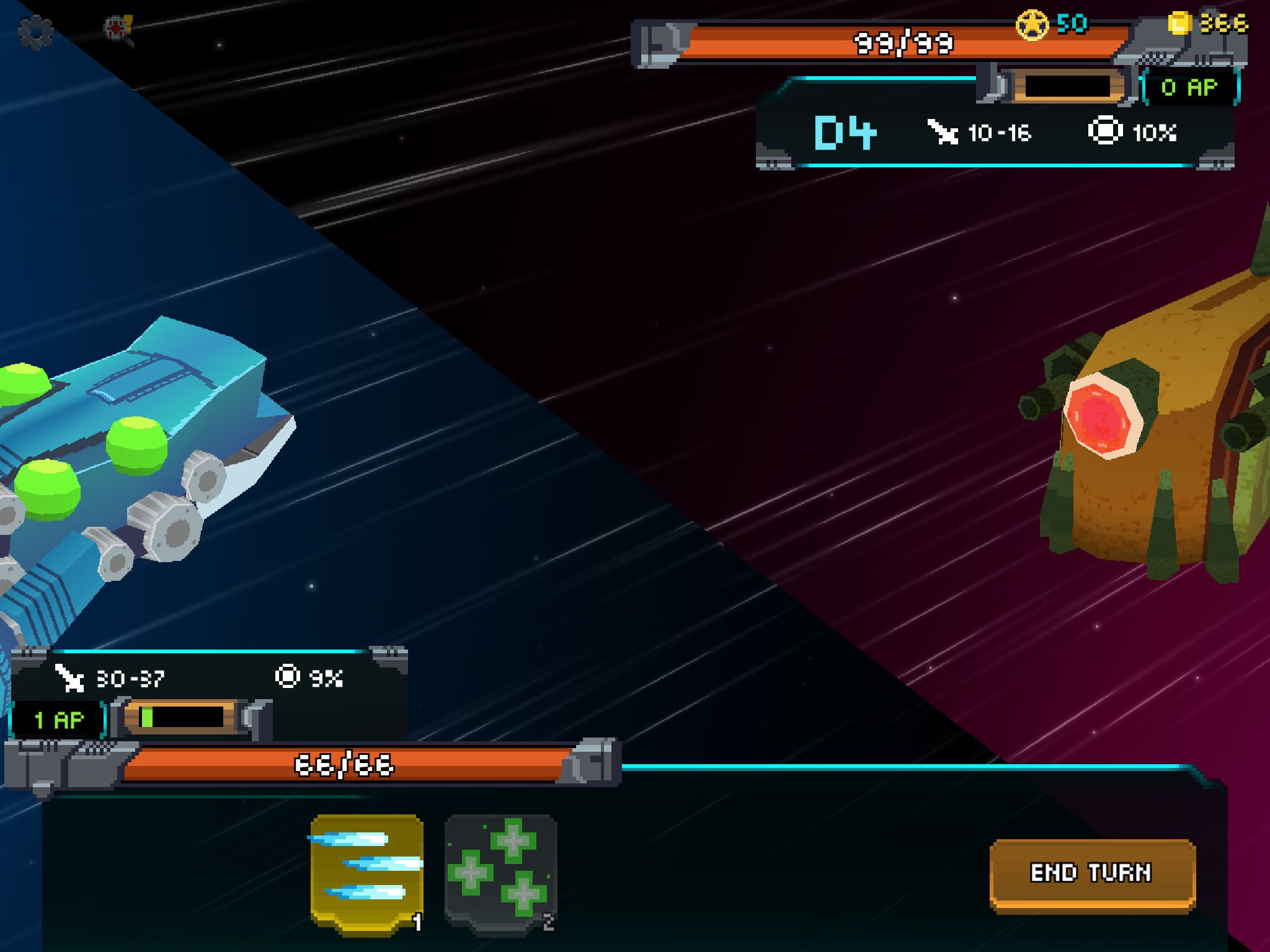 Perhaps because there’s more going on, Galaxy of Pen & Paper seems a little more buggy than its predecessors, and not in the “insectoid alien” sense. I experienced a few random crashes while blasting through different systems for review, as well as the occasional glitch like a battle that failed to adjust for the removal of one of the combatants and just got stuck. The Behold Studios team has included a bug-reporting tool right in the game for those moments, which is nice but also makes it feel like the game is still in beta.

The humor is also more subtle than before, though it’s fresher because it’s taking aim at a whole new segment of pop culture. Galaxy of Pen & Paper may not fill you with exactly the same delight as Knights did when it first came out, but it’s a welcome way to extend the fun and probably the most logical direction to go after two journeys into fantasy. Space, we welcome your vastness and look forward to taking these new quests as far as they go.