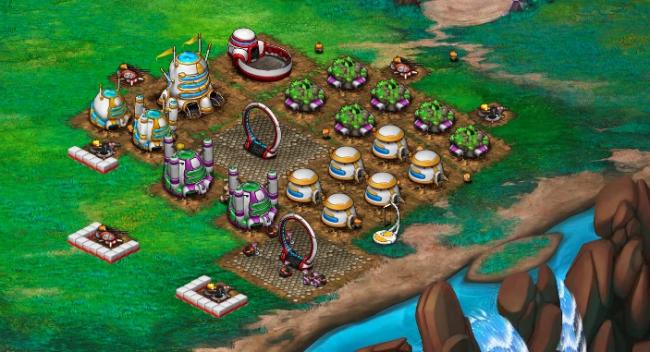 Galaxy Life is a cute take on social strategy games

There are a lot of strategy games on Facebook. Some take place in a post-apocalyptic wasteland, others feature warring factions from alien planets, and some imagine a near future overrun by conflict. They all have different themes, but they are all serious. Galaxy Life isn’t quite like that. While it has very similar strategy gameplay, it wraps it all up in a very cute sci-fi aesthetic with adorable little aliens that feel ripped from a Dreamworks film. It doesn’t advance the genre in any way, but it does make it more cuddly.

Anyone who has played a game developed by Kabam, in particular the sci-fi epic Edgeworld, will feel quite at home in Galaxy Life. It’s a game about not only about building a space colony, but also about defending that colony from the dangers lurking throughout the galaxy. You’ll build structures to keep your tiny little starlings (the aliens in the game) happy, like homes and decorations and buildings to produce resources. You’ll also need to clear the land of alien rocks and plant life to make room.

But you’ll also need to prepare for attack. Both in-game characters and other players can lay siege to your base, and so a strategic layout of walls, traps, and turrets is necessary to keep everything safe. If your buildings do get damaged in a battle (which happens without you actually being there) they’ll take only a brief few minutes to be repaired once you start playing again. It’s actually rather generous by strategy game standards. And then there’s the offense portion of the game. You can train soldiers of various types and attack others as well, in relatively simplistic combat that involves simply placing soldiers on a planet’s surface and watching them do their thing.

Again, though, this is all fairly standard for the genre. Although Galaxy Life does take a welcome feature from Gnome Town, eliminating any sort of energy bar and replacing it with the number of workers you have. So long as a worker is free they can start building something new. 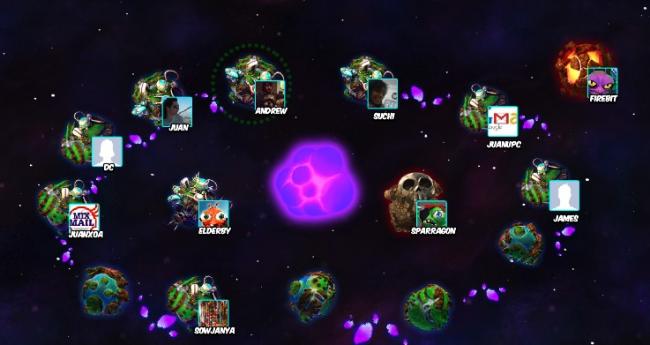 So what really separates the game is its cutesy aesthetic. The art direction in Galaxy Life is wonderful and full of life. Starlings constantly scamper about your space colony, sometimes doing useful stuff like hammering a building together, other times simply jumping rope or playing on a swing. Beautiful waterfalls can be spotted off in the distance and the music is upbeat and poppy.

It’s just too bad the gameplay isn’t as imaginative as the world. Strategy games are becoming as common as farming games on Facebook and, aside from its aesthetic, Galaxy Life doesn’t offer all that much new to genre. It will certainly appeal to strategy fans who don’t want to lurk about in violent worlds, but the core gameplay isn’t that far off from the likes of Global Warfare or Wasteland Empires. It’s just a whole lot cuter.