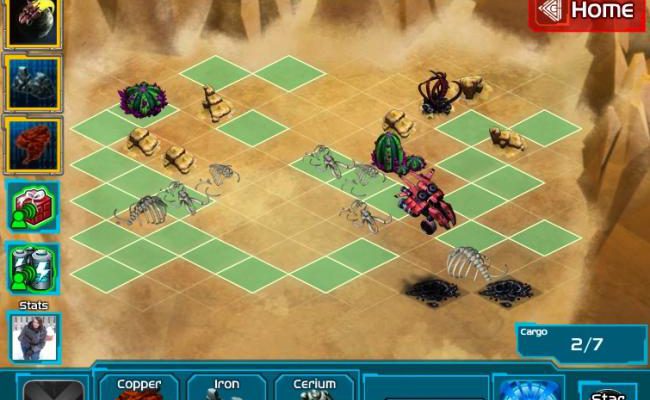 In Galactic Trader space is a big and inconsistent place

There’s a lot going on in Galactic Trader. It’s a game about mining strange alien planets for minerals, engaging in spaceship warfare, and buying and selling materials in an open market place. But, even with all of this going on, it’s a surprisingly accessible game. Not every aspect of the game works well, but as a whole Galactic Trader is a largely enjoyable space sim.

You start the game with just one ship at your disposal and a whole galaxy to explore. Your ultimate goal is to expand your fleet and see everything that the galaxy has to offer. Exploring planets involves mining for minerals, which plays out a lot like digging for treasure in games like Treasure Isle. The planet’s surface is divided up into sections and you can search each one individually. You can either guess as to which spots hold something useful or spend some energy to scan the planet’s surface. This will turn every location that actually has a mineral green, making for some easy mining. 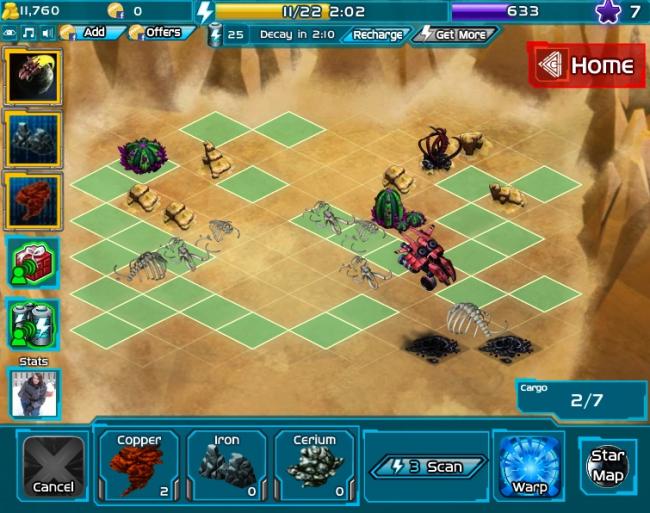 While you’ll gather cash, energy cells (which can be traded in for extra energy), and experience, the main thing you’re searching for is the minerals. Each planet has different minerals to gather, ranging from copper and zinc to promethium and plutonium, and there’s a lot you can do with them. Minerals can be bought or sold in the Galactic Trading House, combined to create new spaceship parts or even other minerals, or simply stored away for later use.

Occasionally when you visit a planet there will already be visitors. And rarely are these visitors friendly. When this happens you’ll enter into a space combat sequence, which, sadly, is pretty dull. You can move your ships around a little bit, but there really is no strategy to the combat. Instead, it boils down to nothing more than who’s fleet is stronger. As long as you regularly upgrade your fleet of starships it’s pretty rare that you’ll actually lose a battle. 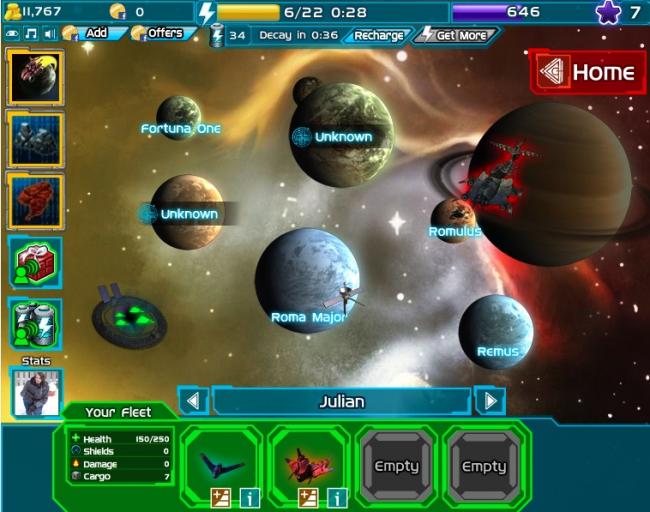 There’s the usual mission-based structure to guide you along in Galactic Trader. But while many of the missions are dull fetch quests (go to this planet and collect 20 copper, go to the market and sell 30 zinc) some are much more complex. You’ll regularly get contracts to build things like a colony-sized spaceship or an entire space station. And in order to finish these contracts you’ll need to complete a range of different missions. It’s a small change, as you’re still essentially doing the same kinds of missions, but by grouping them together Galactic Trader makes completing them much more satisfying. 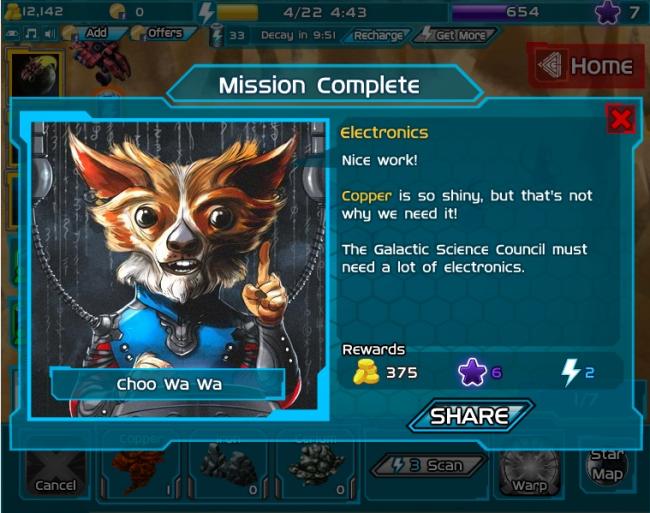 Visually, the game attempts to mix a few different art styles, which makes Galactic Trader look pretty uneven. The menus are slick and futuristic, while the different planetary clusters are detailed and lovely. And then there are the character portraits, which, while not exactly bad, certainly don’t fit in with the rest of the game. It’s not a case of the game looking ugly, it’s just terribly inconsistent.

And that’s true of Galactic Trader as a whole. It has a lot of good ideas and a lot of features, but some are much more engaging than others. Even still, it’s definitely worth a play for sci-fi nuts looking to do a little galactic exploration.

A Girl in the City Review