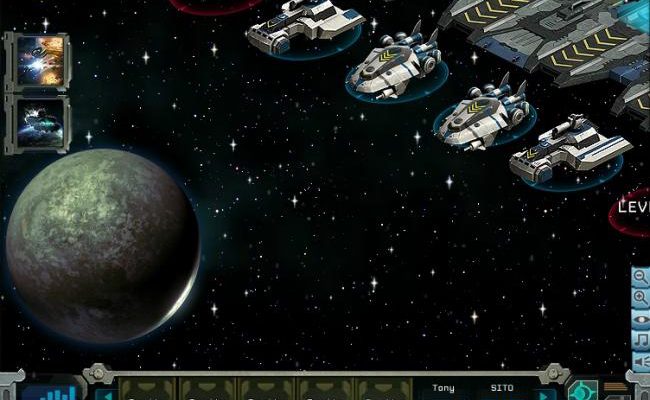 Facebook, the final gaming frontier. These are the voyages of Galactic Allies, its ongoing mission: entertain social gamers with deep, interesting, and enjoyable real-time strategy (RTS) gameplay. This latest space adventure from RockYou might not move at the speed of light, but it will transport players to a universe of excellent Facebook gaming.

You play as part of a space federation known as SITO, keepers of the peace throughout the galaxy. Pirate activity has been increasing, and it’s up to you to investigate the cause. Though Galactic Allies‘ presentation packs little punch, story elements are doled out at a wonderful pace. The plot unfolds slowly, and the game succeeds in offering both a compelling adventure and a long-term gaming experience players will want to continue to come back to for a good while.

Galactic Allies breaks up its component parts in a way that makes great sense for Facebook without sacrificing fun or entertainment. The mission structure keeps you on track in terms of story, as well as running you through the basics of gameplay. You’ll confront enemies, mine resources, trade, build up your fleet – all the while uncovering an interesting, though perhaps somewhat safe, sci-fi drama. 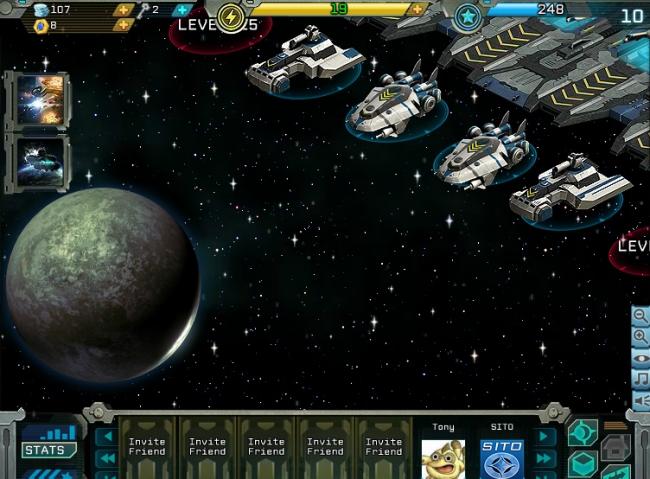 Players will begin their adventure with just two fighter ships, and battle missions take place on a single screen. It’s a simple but effective way to offer real-time combat that is still engaging. Ships have both a hull rating and shields, and you can control ships individually or easily command your entire fleet. As you progress through the game, obstacles such as asteroids can be used as cover for your ships, and though you’re always dealing with a relatively small battle area, there is ample room for strategy.

When you’re not waging war, there are many other things to keep you busy as a fledgling commander. You’ll be required to explore planets and mine their resources, which in turn can be used either as leverage in story missions or sold on the black market for coin. Like many other Facebook games, gameplay in Galactic Allies is dependent upon energy. However, you’ll find you can get a lot done by coming back to the game every hour or so.

Your prowess as a space commander is displayed in two main forms: valor and experience. As you gain experience, you’ll level up, raising your max energy and earning keys to unlock new ships and equipment in the tech tree. Valor points are measured weekly, which allow players to earn additional keys based on their ranking on the combat leaderboards. 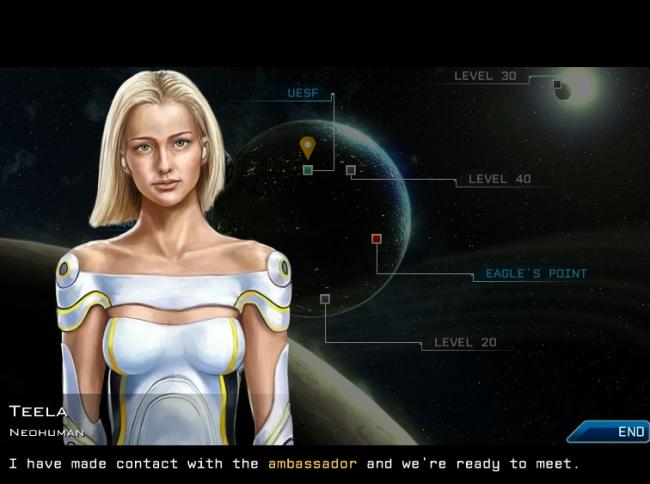 The visual presentation in Galactic Allies is far from mind-blowing, but everything is put together with polish and care. The character stills look great, the ship design is inventive, and the menus are smartly laid out and easy to navigate. It doesn’t hurt that the sound design is excellent. There is no voice work, but the musical cadences are powerful, lending real weight to the story and action elements.

Keeping in mind the limitations of Facebook gaming, Galactic Allies is easily one of the most compelling adventures I’ve come across on the platform. Both its gameplay and story elements offer terrific incentive to keep coming back for more, and thanks to a well-balanced energy system, you can get a lot of play out of the game each day. Galactic Allies is inviting, approachable to newcomers, and offers sufficient content to keep hardcore-strategy gamers satisfied. This is one sci-fi adventure that boldly goes where few Facebook games have gone before.