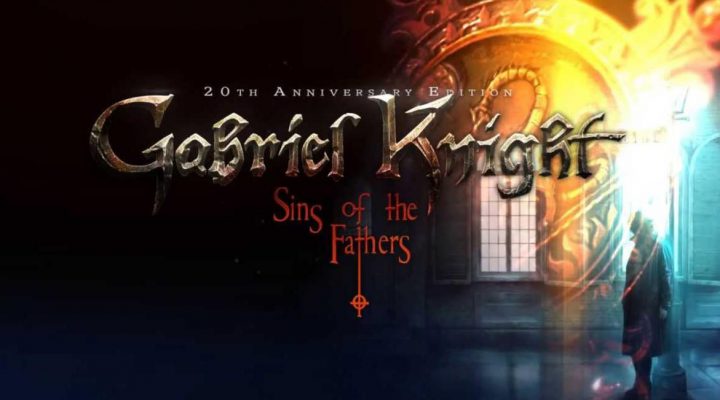 An engaging and richly detailed story involving murder, romance, and religion in a dark, but often humorous, presentation.

Characters are interesting and fleshed out, especially Gabriel and Grace.

Open-ended day system allows for free exploration and discovery without an overwhelming number of options.

Hint system makes even the frustrating puzzles playable and provides guidance without too much hand-holding.

A couple leap-of-logic puzzles, but fewer than most games in this genre.

Some twitchiness while skipping spoken dialogue that results in characters talking over each other.

Wish the Anniversary Edition included a way to play with the original, pixel art graphics.

Gabriel Knight: Sins of the Fathers was the first adventure game designed by Jane Jensen (who had worked on other Sierra titles prior, like Police Quest 3 and King’s Quest VI). Given a chance to create her own game for the popular point-and-click studio, Jensen focused on a darker, more mature plot that was uncommon for the genre at the time of its release in 1993. While series like King’s Quest featured a lot of ways to die, Gabriel Knight made grisly murders the driving point of its story, and its setting of modern-day New Orleans replaced fantasy with noir. 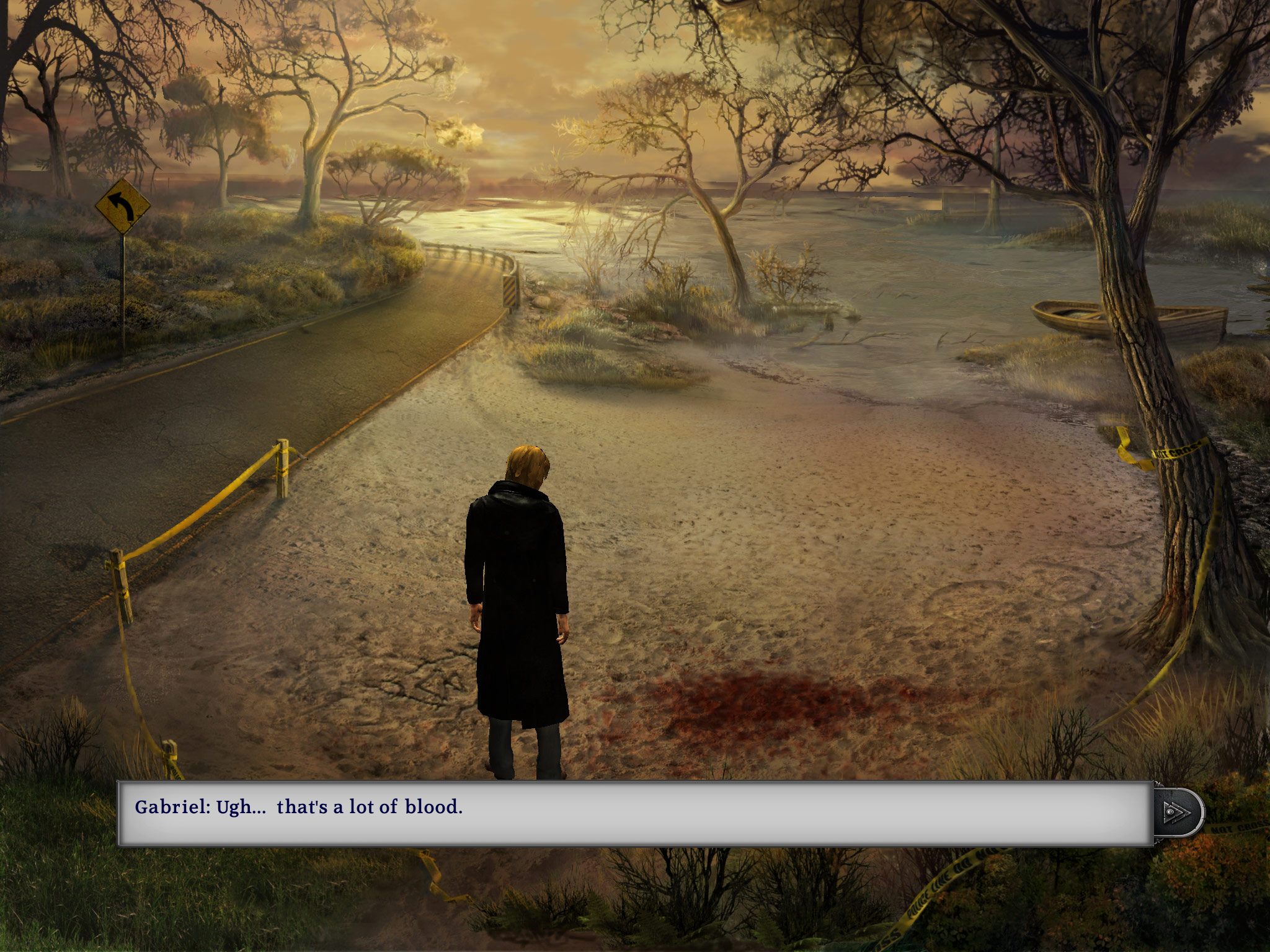 The 20th Anniversary Edition was released on PC in 2014, and its recent port to iPad is Knight’s first excursion on mobile devices. The Anniversary version is mostly a visual remake: the plot, characters, and dialogue remain almost entirely unchanged from their 1993 origins.

The most obvious difference is the graphical upgrade from pixelated scenes to smooth, 3D rendered backgrounds and characters. While this change will be something of a personal preference, it does make finding objects much easier and allows for greater detail in architecture and body language. The other additions include a much-appreciated hint system, an entirely rerecorded voice cast, a few new puzzles, and bonus material showcasing the game’s creation and directly comparing scenes from the two versions.

This iPad version is actually my first experience playing Gabriel Knight, so I’m coming at it not from a nostalgic fan’s point of view, but that of a point-and-click player with only knowledge of the game’s history, not its gameplay. From this side of the Gabriel Knight divide, it holds up extremely well.

Its story and dialogue are sharp and well-written even when stacked against more recent stars in the genre, like the works of Wadjet Eye. Its puzzles are mostly used in support of its engaging murder mystery and not as frustrating enigmas themselves. And its world—a 1993 New Orleans wracked by mysterious “voodoo murders”—is believable and atmospheric, enhanced by details from French Quarter row homes to eerily focused Rada drummers thrumming outside key locations. 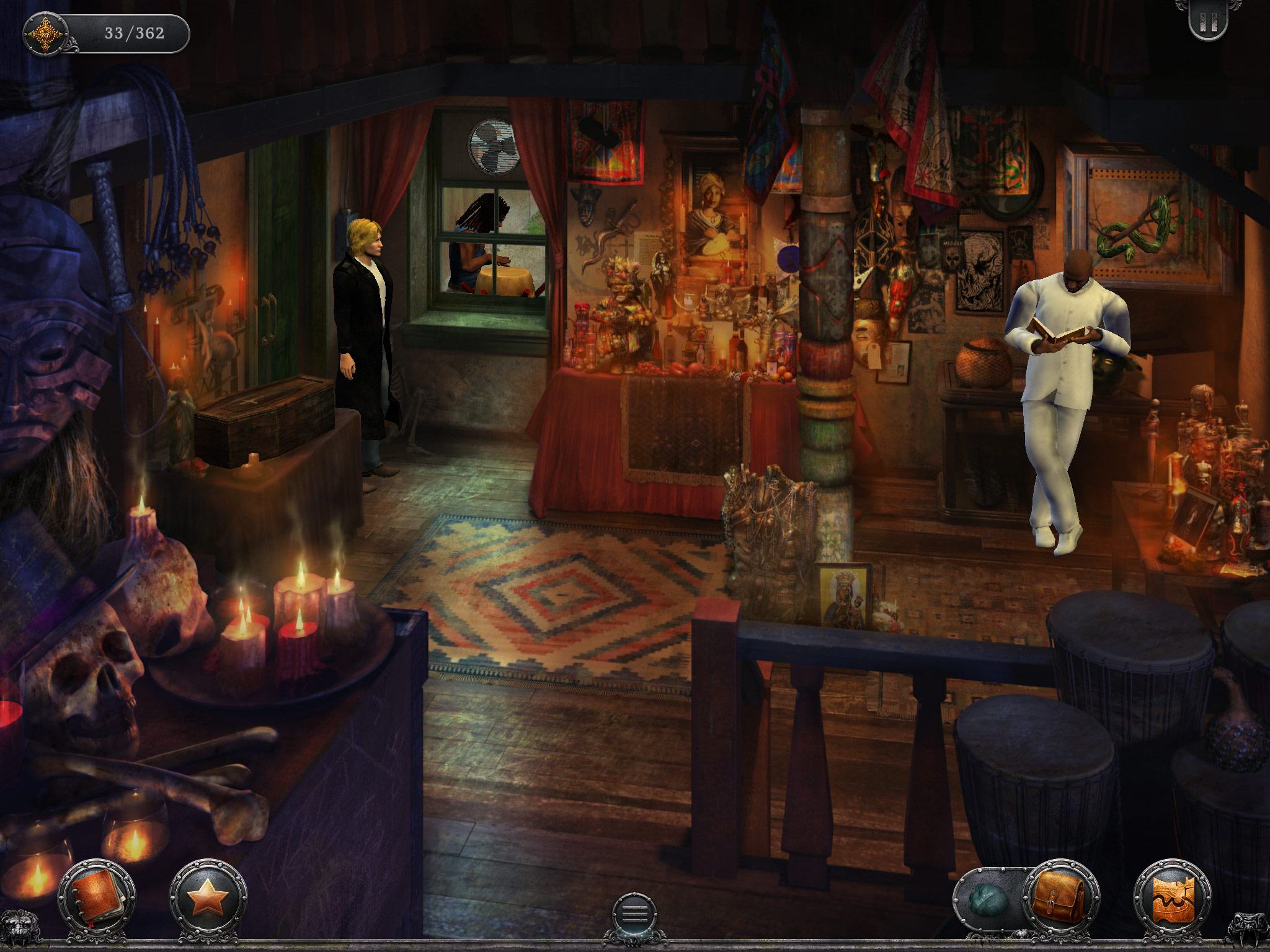 Those murders kick off our story. We take control of Gabriel Knight in the middle of researching his next book, which will cover the already-underway voodoo murders and delve into the history of the religion itself. With seven bodies recently discovered at separate ritualistic crime scenes, the police believe a voodoo cult is to blame, and Gabriel has called in connections with lead detective Mosely to snag details for his story.

Our first day with Gabriel involves collecting some police evidence photos from Mosely, tracking down local shops that might carry voodoo curiosities, and actually visiting an active crime scene after a bit of “detective” work ourselves. From the get-go, Gabriel Knight is fairly open-ended, allowing players to travel around the city and complete goals in generally any order (so long as the goals aren’t sequential, such as finding a key somewhere you’ll need to unlock a door elsewhere). 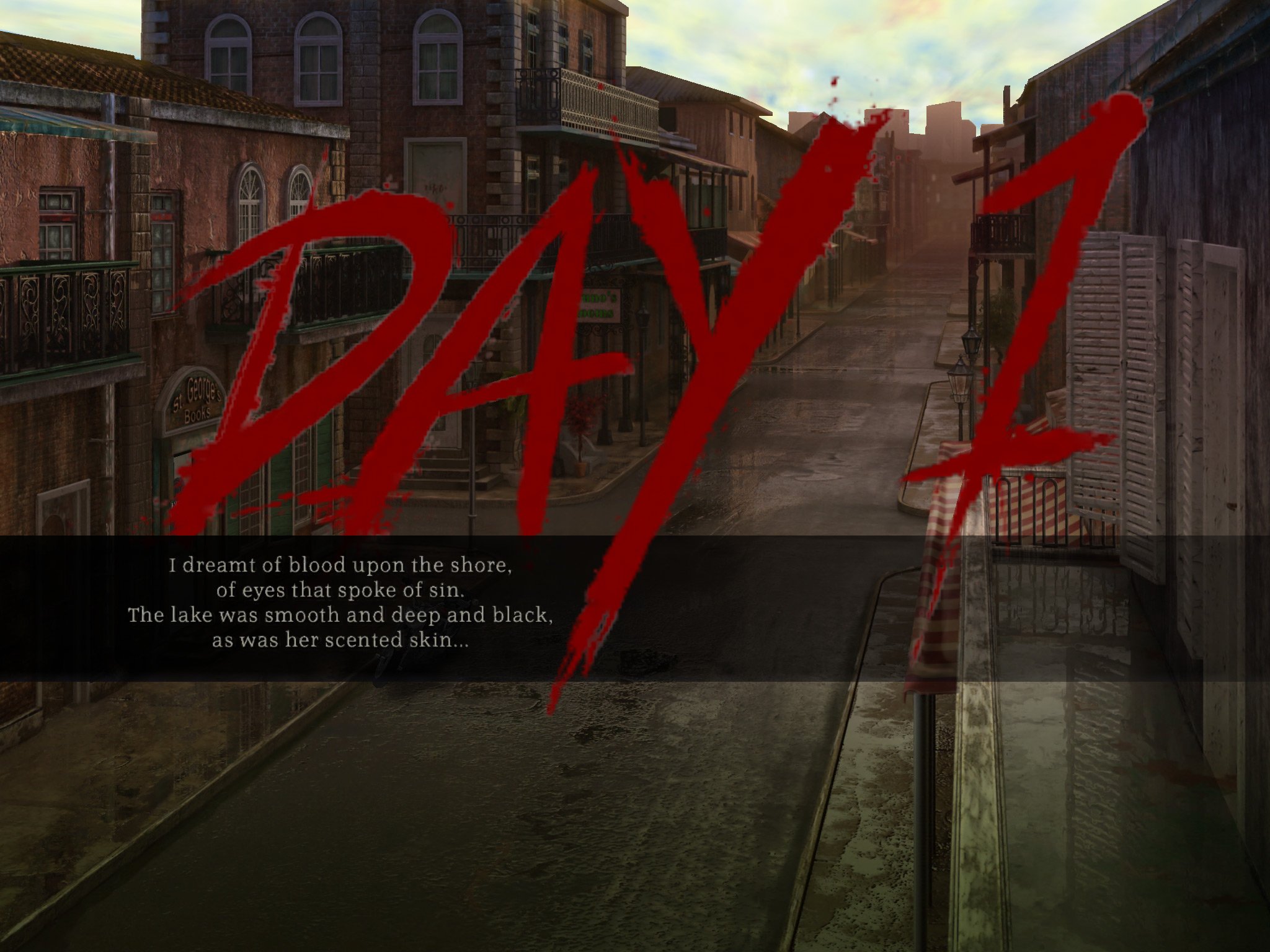 The game takes place over the course of 10 days, and every day begins with Gabriel having a groggy cup of coffee; chatting with his assistant / book store manager, Grace; and reading the morning newspaper. These latter two events provide some guidance on what and where Gabriel needs to accomplish that day: he may receive new research from Grace or read about a voodoo lecture going on at a local university, for instance. It’s then up to Gabriel to follow up on these insights to achieve his current goals.

Initially, those goals mostly revolve around tracking down info on the current series of murders and voodoo itself for the sake of his book. But as the truth of the case is slowly revealed, Gabriel’s motives grow more dire and the book becomes the least of his concerns. Diving into the details of the plot would spoil the best part of the game, but it’s taut with interesting characters, twists, and detailed history on voodoo. 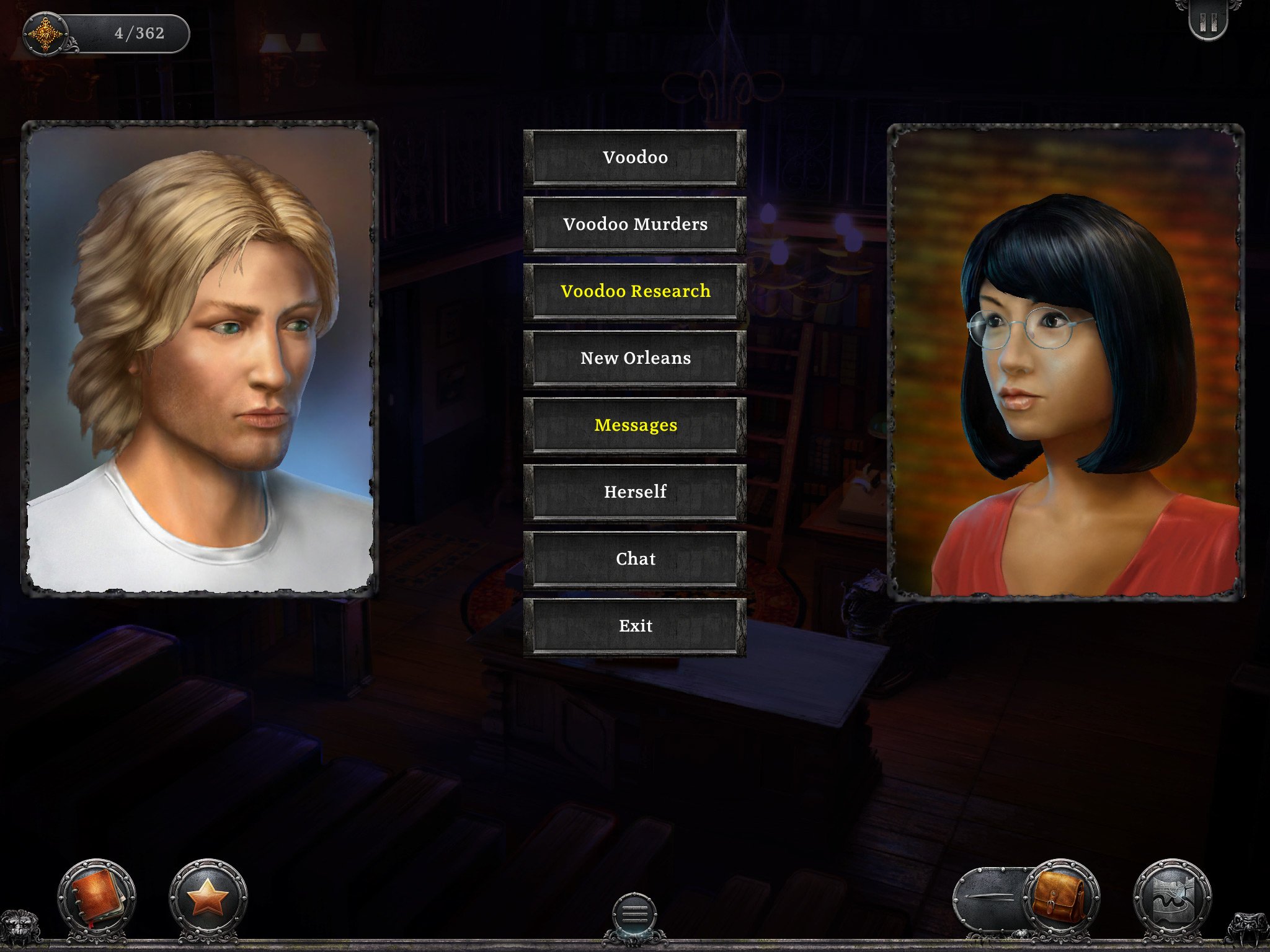 Those characters are an integral part of the story and interacting with them takes up much of the gameplay time. Gabriel has an ever-growing list of topics he can bring up to anyone he chats with—including even asking his grandmother about the voodoo serpent Loa, Damballah—and while some topics will receive “no idea” type replies, many others will warrant detailed responses even if they aren’t critical to story progress. I found myself asking everyone about everything just because their answers were so engaging and, often, educational.

It helps that characters are so fleshed out through their dialogue and strong voice acting, Gabriel included. The smooth Southern womanizer seems shallow on Day 1, hitting on anything that moves (including not-impressed Grace), but through his interactions with others and actions in the story, he becomes much more. Gabriel is kind and thoughtful with his grandmother; he’s playful and goading towards childhood pal Mosely; and even eventually apologetic and protective of Grace. Although the main plot revolves around investigating the voodoo murders, we’re also investigating Gabriel as we go along, and the final conclusion is: he’s damn likable. 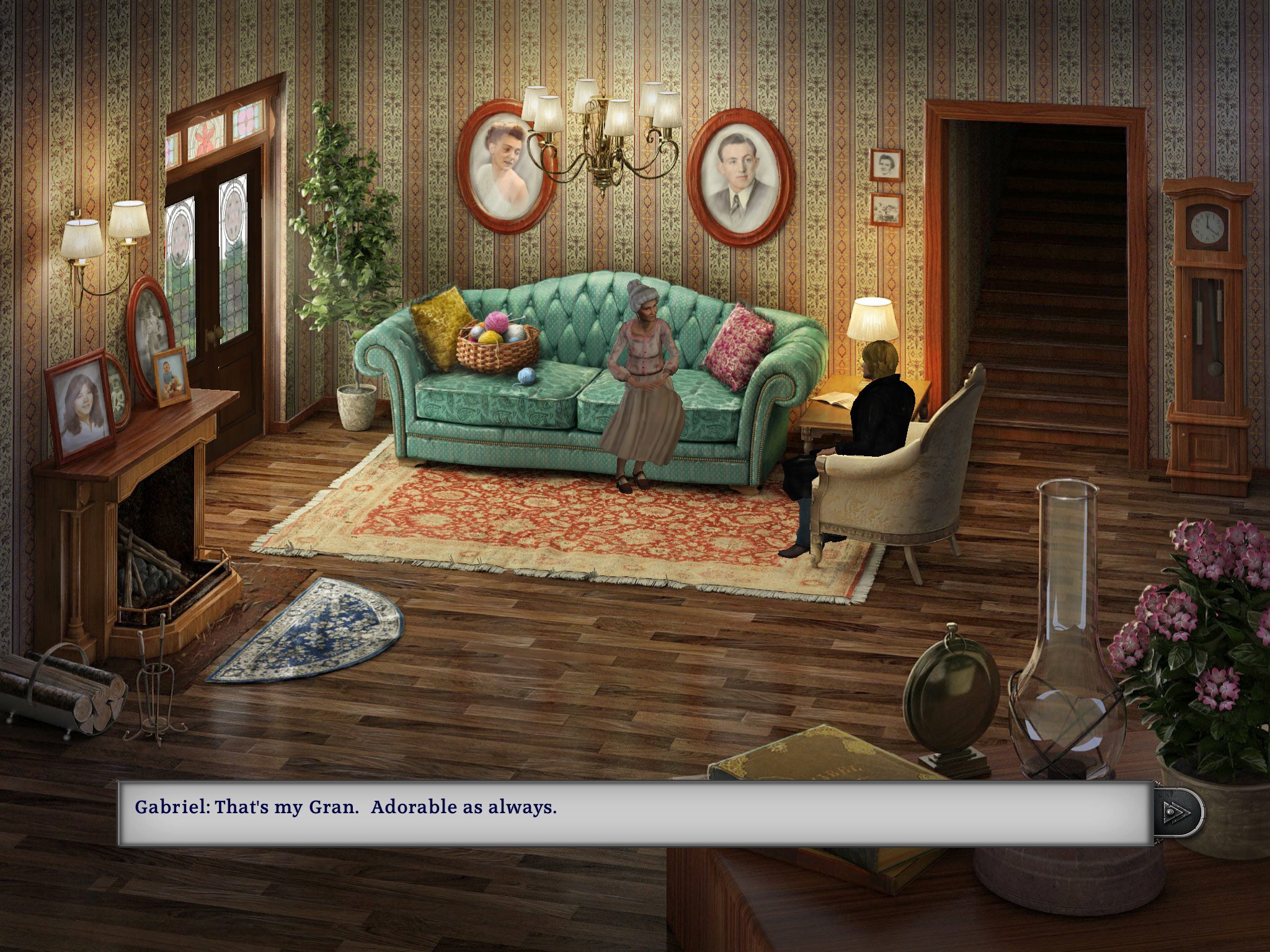 With such an enticing story and cast, the puzzles themselves are almost an afterthought. This is actually a compliment in Gabriel Knight: the puzzles are integrated into the story well—and logically—enough that they’re easy to forget upon looking back. Most involve simple and deducible item combinations, like using tweezers to pick up a snake scale or making a pencil-over-paper rubbing copy. Some are delightfully challenging—like deciphering hidden codes and penning messages with what you’ve learned—while a few toe the line between trial and frustration—like figuring out the code to a locked clock with clues hidden everywhere except the location containing the clock.

One unnecessary hurdle that remains in Gabriel Knight is his overflowing inventory: even after an item has been used for the last time, it will stay with Gabriel, leaving us with an abundance of non-critical items at the end of the game that may lead to too many trial-and-error options. Thankfully, the hint system is generously helpful, providing light nudges at first request and later giving full answers if you’re still flailing, which balances out the inventory and occasional bit of illogicality. 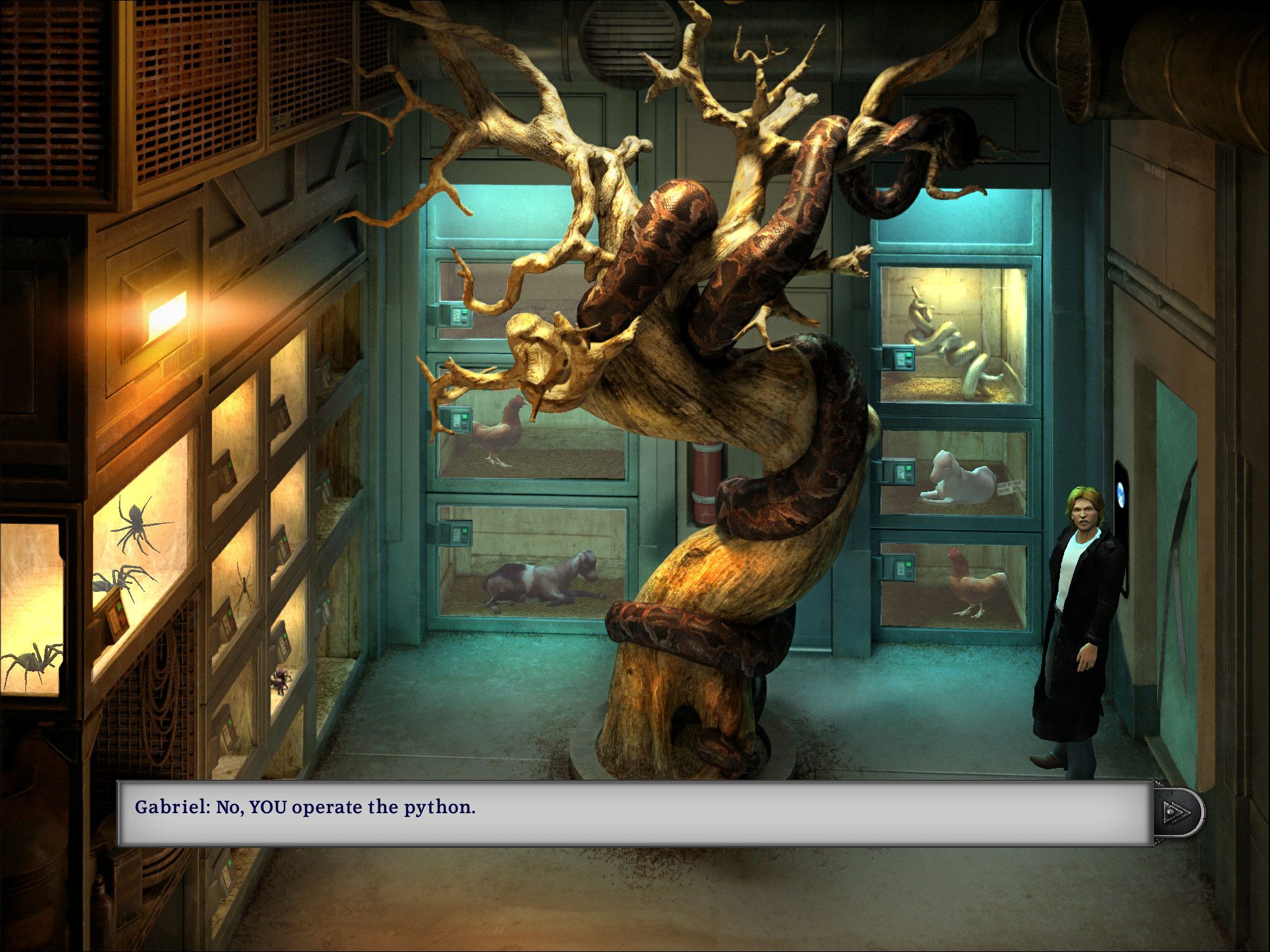 The final result is a game that, even 20 years after its initial release, still stands strong in the genre. Gabriel Knight’s story and characters are some of the most enticing you’ll find to date, and Gabriel himself grows from Lothario to lovable in a believably short period. The extensive histories of voodoo used to construct both plot and purpose, and the subtle change in the recurring locations of New Orleans as the story grows more sinister, provide an admirable attention to detail that is mesmerizing. It’s easy to be absorbed by Gabriel Knight; like a good book, like a voodoo Loa.

The Detail Episode 2 Review: Devil in the Details