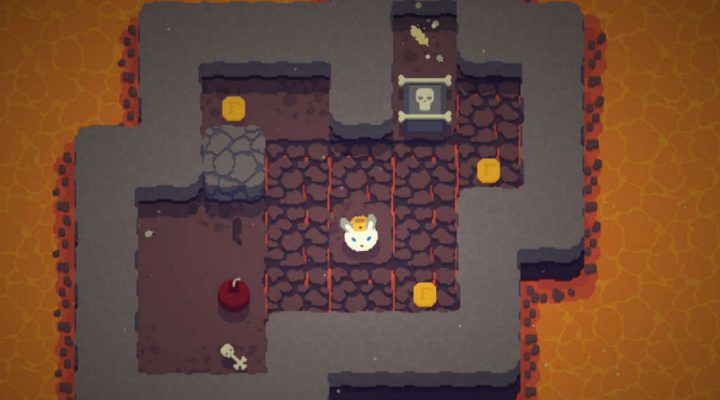 Furdemption is a puzzle / action game about a rabbit that’s trying to escape Hell.

Now let’s lean back and process this sentence. What does a rabbit have to do in order to earn the torments of Hell? Sell out to dogs? Eat its own kin? And make no mistake, Furdemption’s Hell is a pretty nasty place with bubbling lava, spike traps, and sharp things everywhere.

You would think that if any being in the universe is automatically granted Heaven, it’s rabbits. These nervous little dudes are the Big Macs of the carnivorous world; everything chows down on them. Heaven is the only suitable reward for a life of constant terror. But no, Furdemption’s protagonist is down below and suffering. 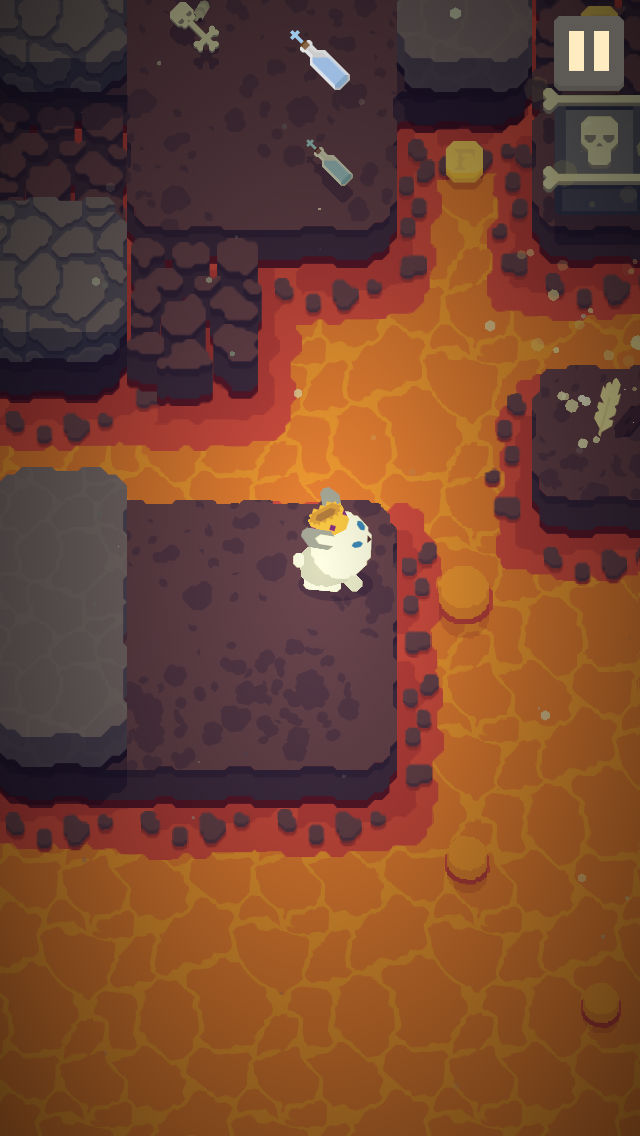 As a major Watership Down nerd, I’m just going to pretend he’s the mythological Prince of Rabbits, El-Ahriarah, escaping the nightmarish warren of the lapine incarnation of death, the Black Rabbit of Inle.

All right. That’s settled. So let’s dig into what makes Furdemption such a charming and addictive game, because it really is.

In order to flee Hell, our rabbit pal needs to collect feathers. There’s one feather per level, and grabbing one marks that level’s successful completion.

Collecting the feathers is a real ordeal, though. You need to employ all your bunny wits to work your way around crumbling ledges, moving platforms, and other hazards that place you within uncomfortable reach of Hell’s lava floor. As you move into later levels, you must bomb down walls with volatile explosives, dodge angry (and deadly) Reapers, and work your way around spikes and buzzsaws.

Thankfully, Furdemption’s controls are nearly perfect. You hip-hop around levels by swiping, and you start and stop on a dime. Moving across some hazards means making an appropriately bunny-style mad dash for safety, and if you input one hop too many, it’s purely your own fault.

In fact, there’s only one area where Furdemption’s controls can be criticized: Moving the camera around a level requires a two-finger drag that sometimes doesn’t register properly, and might send your rabbit avatar careening into a sawblade. 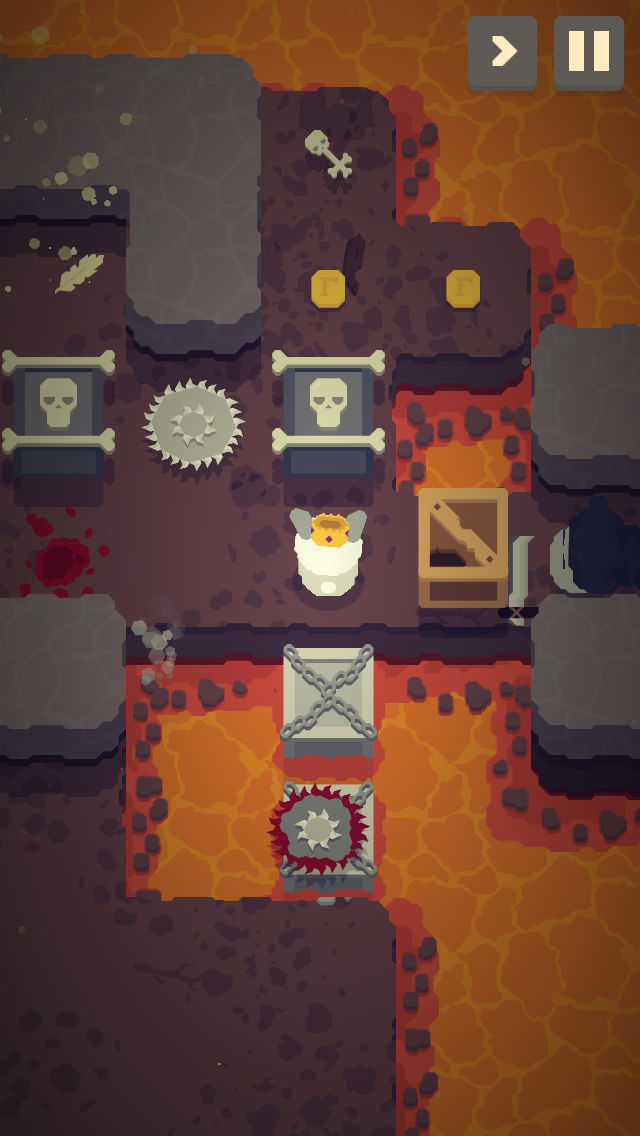 Even that quibble barely amounts to kitten fluff in light of everything Furdemption does right. For instance, the game puts you on the offensive as well as the defensive. Success isn’t just about pushing boxes and running at the right moments. You need to be cunning and full of tricks as well. Is a Reaper giving you a problem? You can try luring him into a spike trap or a sawblade.

There are coins to collect too, and gathering said shinies is addictive. You’ll find yourself immediately retrying even the most difficult levels if you don’t manage to grab all the coins the first time around.

Furdemption’s big parts and small parts come together to make a pretty fur-tastic puzzle / action experience. From its cleverly-made mazes to the macabre blood-stains that are left behind when you fail (and stay put until you finally succeed and move on), every facet of this game deserves attention from puzzle fans and rabbit enthusiasts.

Tales From The Borderlands Episode 3 Review: Catch a Ride