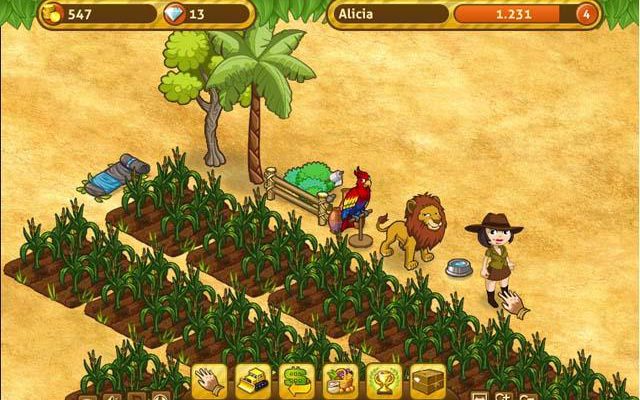 Funfari is not so much a safari as a chance to start a jungle plantation.

Funfari is one of those “new visuals, old gameplay” types of game. It’s essentially a jungle skin wrapped over your typical post-FarmVille farm sim. The only safari-like touch is that you can keep exotic animals on your jungle plantation and earn money for taking care of them. While Funfari‘s graphics are very attractive, the game doesn’t offer enough to hold a player’s interest for long right now. There’s not a lot to do and what is available quickly becomes very repetitive, even by the standards of the farm sim genre.

The rhythm of Funfari is entirely typical of this sort of game. You begin with an empty (and surprisingly large) patch of jungle you’re tasked with developing. You can choose where to plow the soil and plant crops. Harvest them once they’re mature, but before they wither, and you earn a bit of money. You can reinvest this money in decorative items for your jungle farm, a variety of buildings, trees you can use to earn some extra cash, or the aforementioned jungle animals. Usually the entertainment value of a farm sim lies in how interesting the items and crops are and Funfari is, theoretically, off to a good start here. The game’s main problem is that it unlocks new crops, pets, and items for you very slowly as you level up. 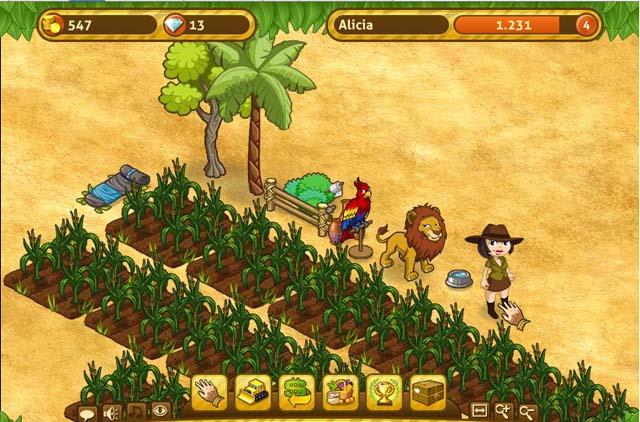 Since you don’t get access to many crops or pets early on, earning money is slow at first. You can’t really afford to do much but plant tons of crops. If you take this approach, you’ll begin amassing money more quickly than you can spend it, due to how slowly certain decoration items and buildings unlock. Since you don’t have a lot to work with, it’s pretty hard to start designing an interesting farm for yourself right off the bat in Funfari. Access to a better selection of items right off the bat would make the experience a lot more engaging. Funfari gives the impression that it would let you design an interesting farm, but the idea of playing for weeks just to get a decent selection of animals to choose from is a little depressing. 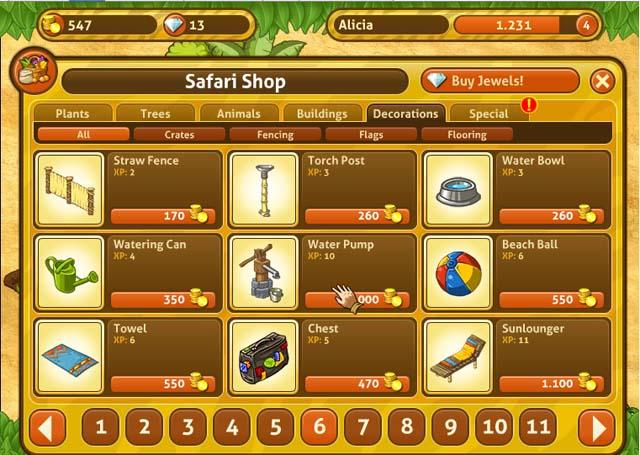 Funfari‘s interface is well designed and the graphics are extremely bright and pleasing. The controls for positioning items are more intuitive than in many other farm sims. The one nagging problem, aside from the pace, is a tendency toward server instability as of this writing. Funfari appeared to be down, or at least incapable of running well, for nearly 24 hours of the review period. It’s very early in Funfari‘s lifecycle, so hopefully this problem will be eliminated before Gamezebo’s second look at the game. There’s little obvious reason for a game using pure 2D graphics like Funfari to be running poorly. 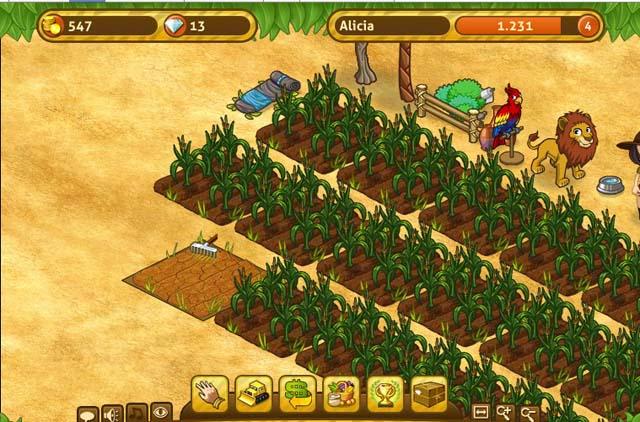 Right now Funfari doesn’t have a lot of social features beyond visiting your neighbors’ farms. This is clearly something that will change after future game updates, since Funfari is still young enough that certain features (like achievements) haven’t been entirely implemented yet. It would take only a little bit of rebalancing to make Funfari memorable, it’s just a game that proceeds too slowly right now.