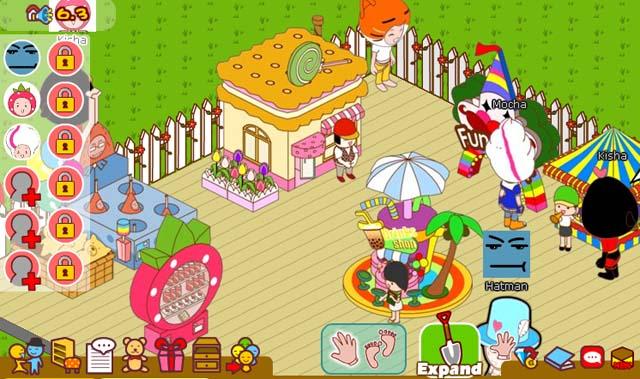 Fun Park offers a very original and cute take on the theme park simulator, provided you bring a lot of friends with you.

A common criticism leveled at social games is that they are not, in fact, very social. After all, few Zynga games let you interact with other players aside from sending gifts or using them to power up yourself. Fun Park is one of the rare games to actually be social, practically demanding that you play it with, ideally, at least six friends. The game is so reliant on having friends that it provides you with three CPU “default” friends, because without any friends it is literally impossible to make any progress in the game. Fun Park gives you chat and in-game mail systems so you can make the experience even more social, but at the cost of making it completely uninteresting for a solo player.

When you start up in Fun Park, you’ll go through a bunch of tutorial quests that explain the interface and basic game concepts to you. Essentially, you want to use your money to build up a “theme park” that is really a bit more of a fairground or arcade, full of games to play rather than rides. You build your park up by buying new games, attractions, and decorations. You earn money by inviting guests into your park, letting them stay awhile, and sending them home. You can give guests drinks or do other little things to earn more money from them. While guests mill around your park, you get to see them chatter to each other (and most of what they say is quite funny). This is great fun when you have friends in the game, because you can see how they’ve decked out their avatars. All of Fun Park‘s avatars are bizarrely cute anime-like persons wearing enormous hats or cakes animal heads that have a lot of charm. 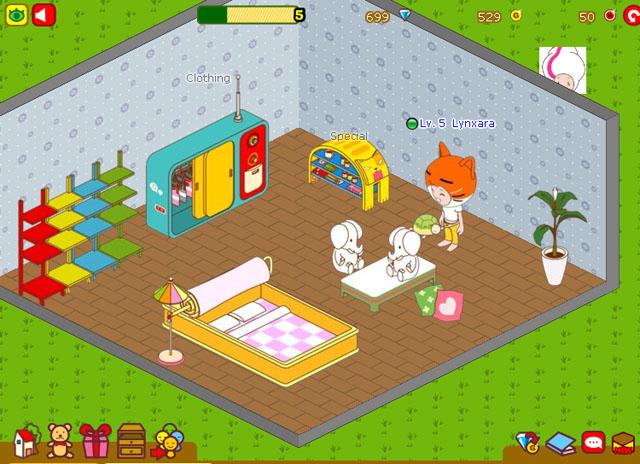 A problem quickly rears its head as you play the game: there’s just little incentive to play it very long. The stuff you buy at higher levels doesn’t feel very different from what you buy at lower levels, since you mainly interact with guests rather than the attractions. It’s a pity, because otherwise the game does some things to make even browsing the menus fun. Instead of a little drop-down menu of items you have, you can go to a customizable virtual space that lets you interact with your collections by clicking on furniture. The game’s cash item shop is set up the same way, as is the shop full of stuff for customizing your avatar. The shop where you buy new attractions is just a simple menu, though.

As of this writing Fun Park has some localization, interface, and stability issues that hamper the game’s fun factor. Every time you log in you seem to get tutorial balloons informing you what things are, which can actually make otherwise navigating through the game difficult if you aren’t in the mood to do what the tutorial wants. Some quests were completed and then the progress lost multiple times due to apparent server instability. The localization is mostly very good, but a few quirks here and there impact usability. Some elements of the game either aren’t explained well or should’ve been explained better. For instance, the game has three virtual currencies and it’s hard to tell the difference between the two that aren’t the cash-based currency. 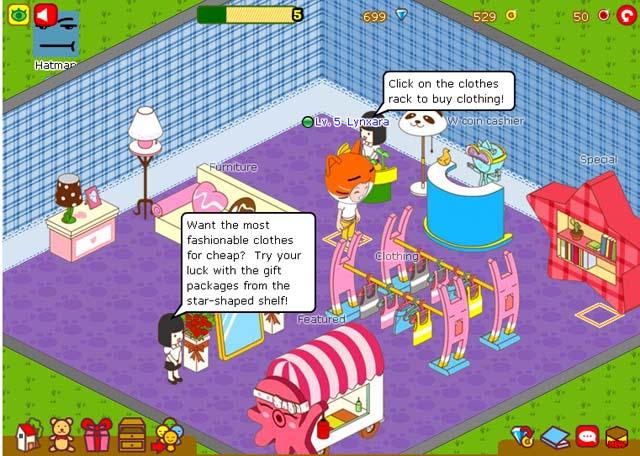 It’s hard to say if Fun Park could be improved through iteration, since the fundamentals of the gameplay are so completely uninteresting. It would be nice to see Fun Park address its problems and offer more of a solo player’s game, though, because its visuals really are striking and memorable. It would be a terrible shame if one of the most visually interesting games on Facebook never had gameplay to support its charming look.