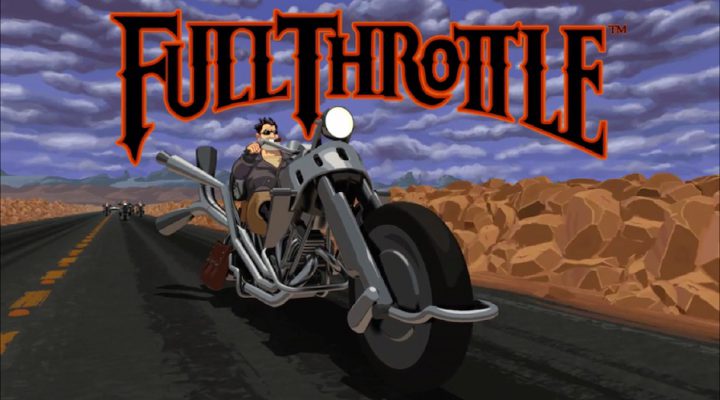 Still holds up after more than 20 years

Some remastered interface changes are annoying

I’m really into this classic adventure game revival thing. It got off to a slow start with the Monkey Island games a few years back, but seems to have picked up speed thanks to Double Fine remastering Grim Fandango, Day of the Tentacle, and now Full Throttle. It’s a trend I’m definitely into, provided the companies behind these various re-releases keep the remastering focused on visual touch-ups and control tweaks rather than going overboard with additions — and in that spirit, Full Throttle is a roaring success. 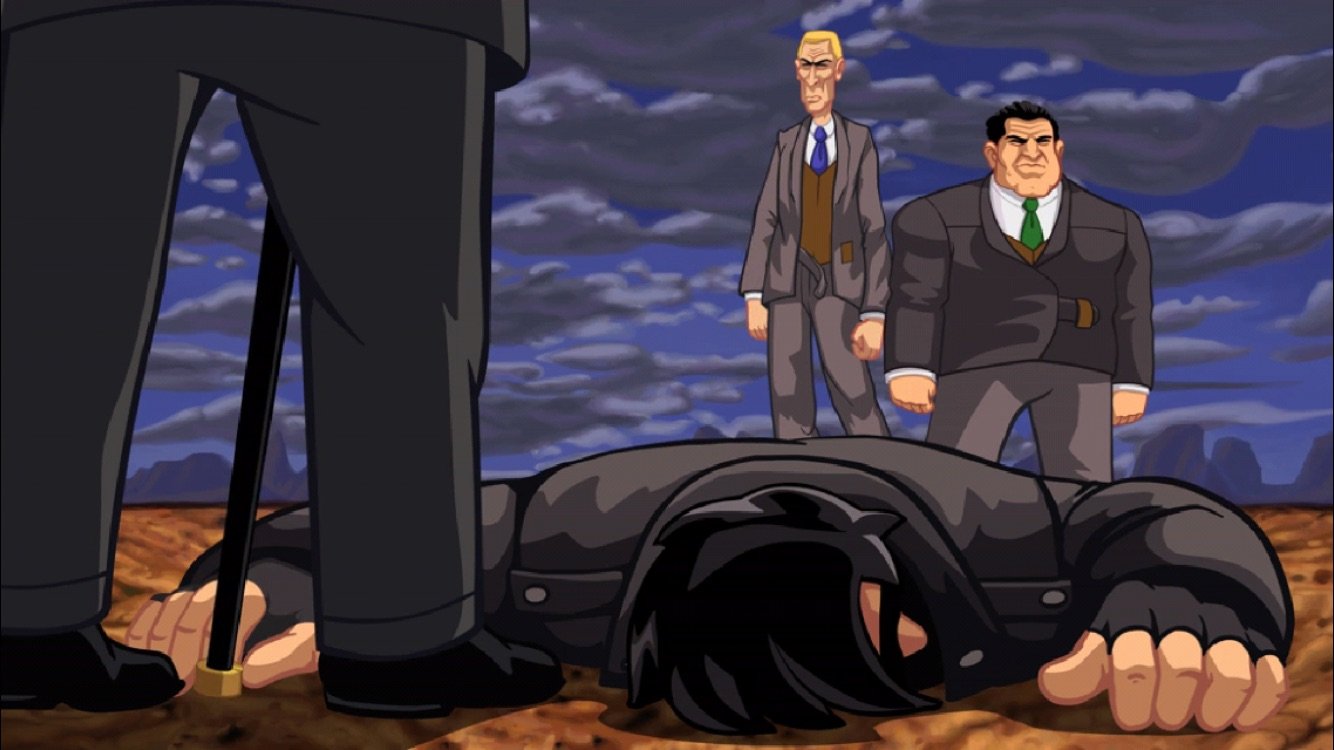 Full Throttle never quite held a place in my heart like Day of the Tentacle or the first three Monkey Islands, but I still think of it fondly. It’s a story about Ben, leader of the Polecats biker gang, and his exploits as he gets caught up in the rather messy corporate takeover of the last motorcycle manufacturing company. There’s some attempted murder, some actual murder, framing for murder, still more attempted murder — suffice it to say this one’s a bit more mature than you might expect given the pedigree. 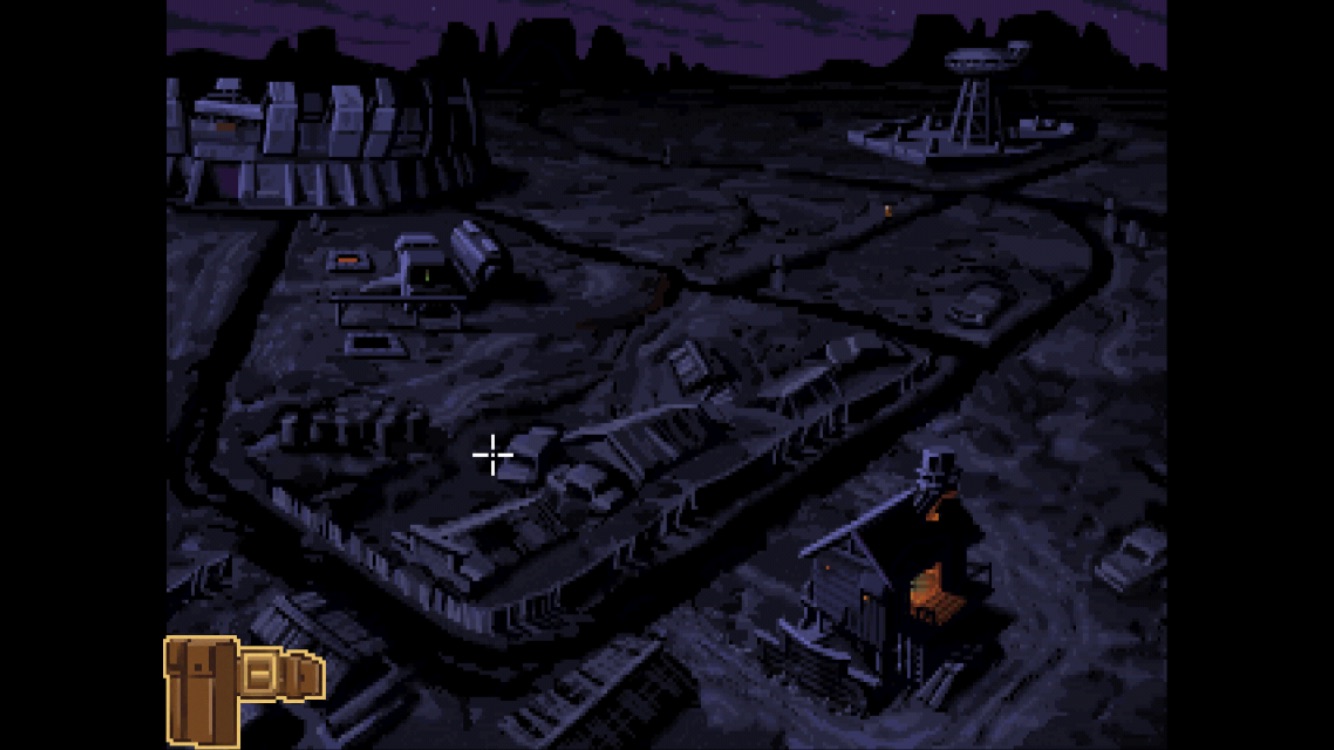 This remaster, like many others, includes some noticeable visual improvements. The pixel art for characters in cutscenes and during gameplay has been replaced with smoother illustrations (they still retain the same overall style), the backgrounds have been given a similar treatment, and the aspect ratio has been adjusted so that all the slightly improved prettiness fits comfortably on modern screens.

I want to be clear about what I mean when I say “slightly improved.” It’s not that the graphical adjustments are lacking in any way, it’s that the original visuals were just that good. Swapping back-and-forth between the original and remastered graphics (something that can be done on the fly, as is the norm) reveals that, yes, the original game had pixelated graphics but it still looks damn good even more than 20 years later. Yeah, it’s been more than 20 years. Yikes. 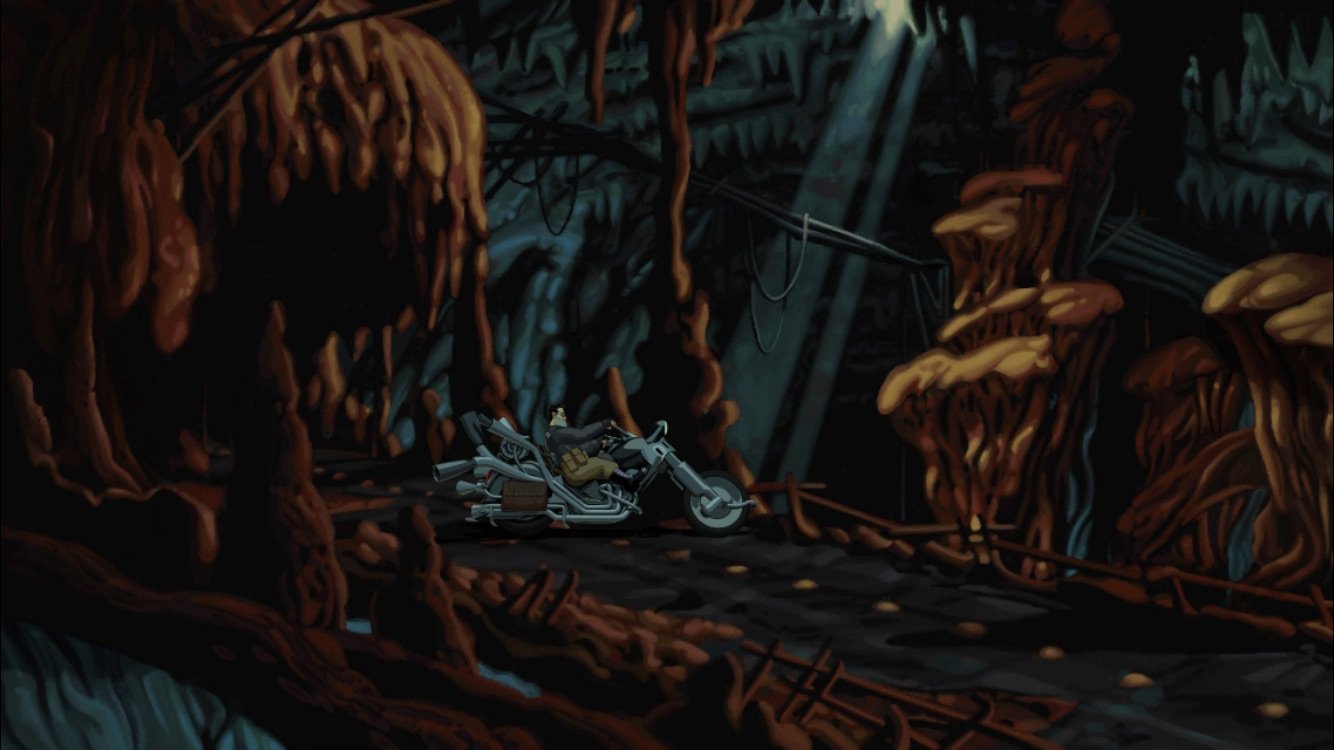 Even after all that time, Full Throttle still holds up. The bizarre mash-up of semi-Road Warrior style biker gangs coupled with semi-futuristic technologies and flying cars is a setting that feels every bit as plausibly implausible as it did in the mid-90s. The dive bar rock and roll soundtrack is still great. The acting is solid overall, with some very recognizable voices sprinkled throughout – Mark Hamill’s not-quite Joker voice is a clear standout, but it’s also great to hear Maurice LaMarche (Pinky & the Brain, Futurama, Rick and Morty, etc) in there. 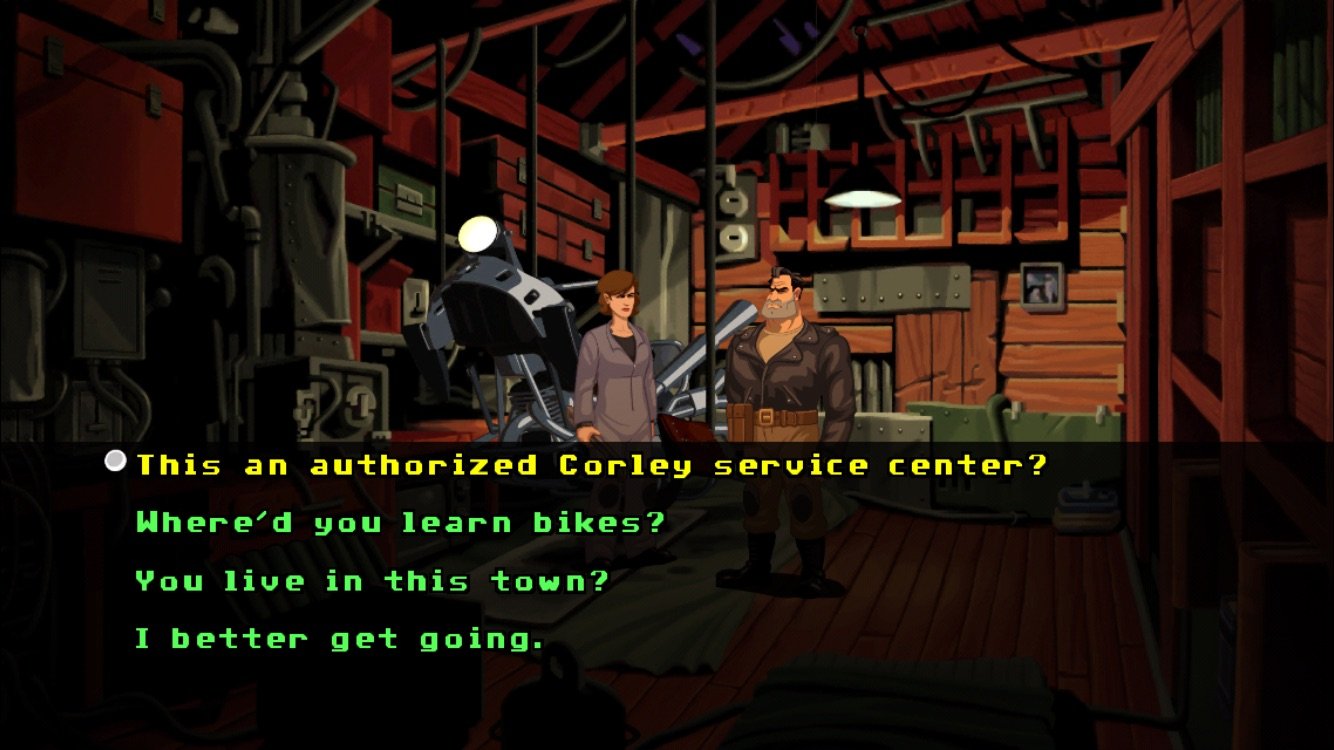 The game itself, as a game, also holds up well. The puzzles are not quite as wacky and obtuse as other similar adventure titles, though they can still make you scratch your head for a bit (or give up and consult a walkthrough). Mostly, though, the puzzle solutions make logical sense. The pop-up interface wheel that lets you select an object and then choose between using Ben’s hand, foot, eyes, or mouth (contextually different depending on the item/person, of course) also works quite well. I did start to get a little irritated with how the logistics of this interface resulted in my finger obstructing the interact menu all the time, but the menu is at least big enough that it’s not difficult to tell what’s being selected.

Also, shout out to the “touch and hold the screen with two fingers” option to highlight interactive elements on the screen. It’s extremely helpful, even if it fails to highlight spots where you can move to new areas. 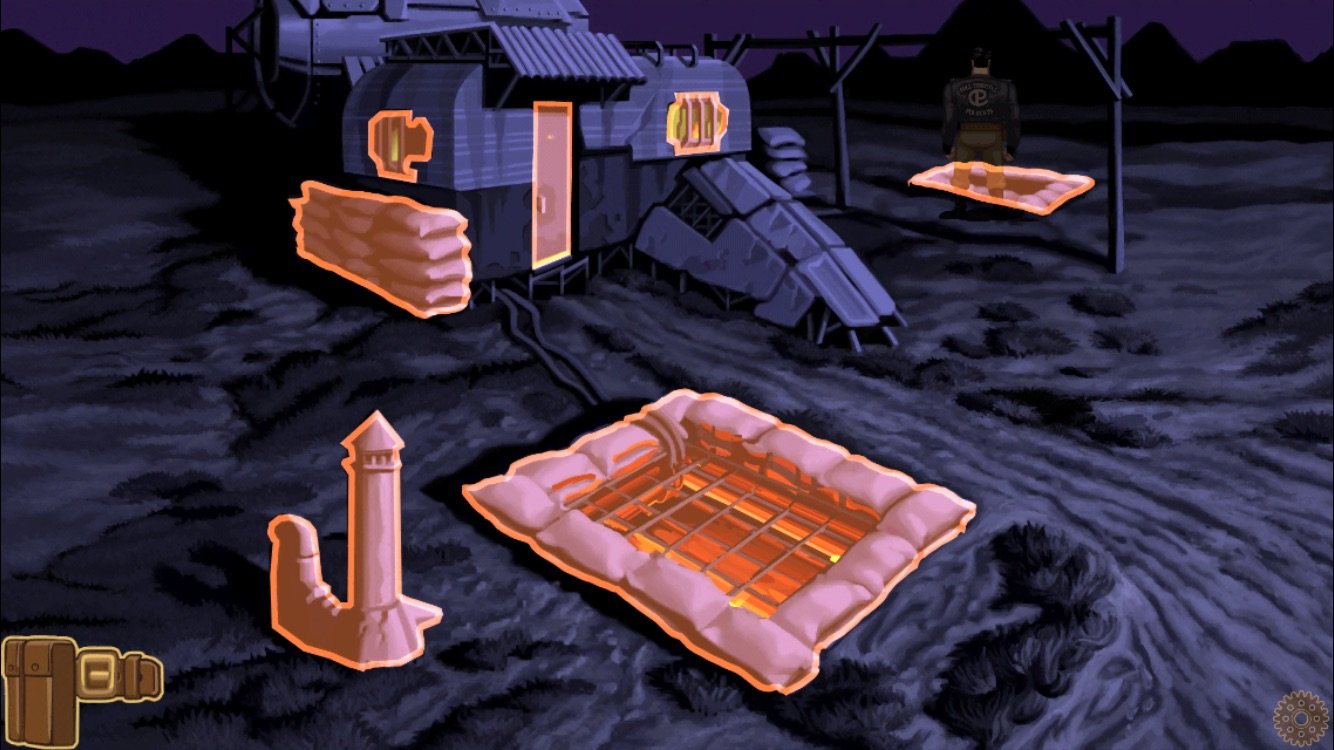 I do have a couple of other issues with the remastered interface, unfortunately. First off, actually opening the menu is extremely hit-or-miss. Sometimes I can tap the little gear in the bottom corner of the screen right away and everything is fine. Other times I have to tap it repeatedly before it’ll register, and this often results in Ben trying to walk to the location the game thinks I’m tapping but I’m really not trying to tap there I just want to open the menu why are you like this??

I’ve also accidentally skipped more than a couple story bits when I didn’t mean to, thanks to the “touch and hold to skip” mechanic. I’m not too happy about that either. 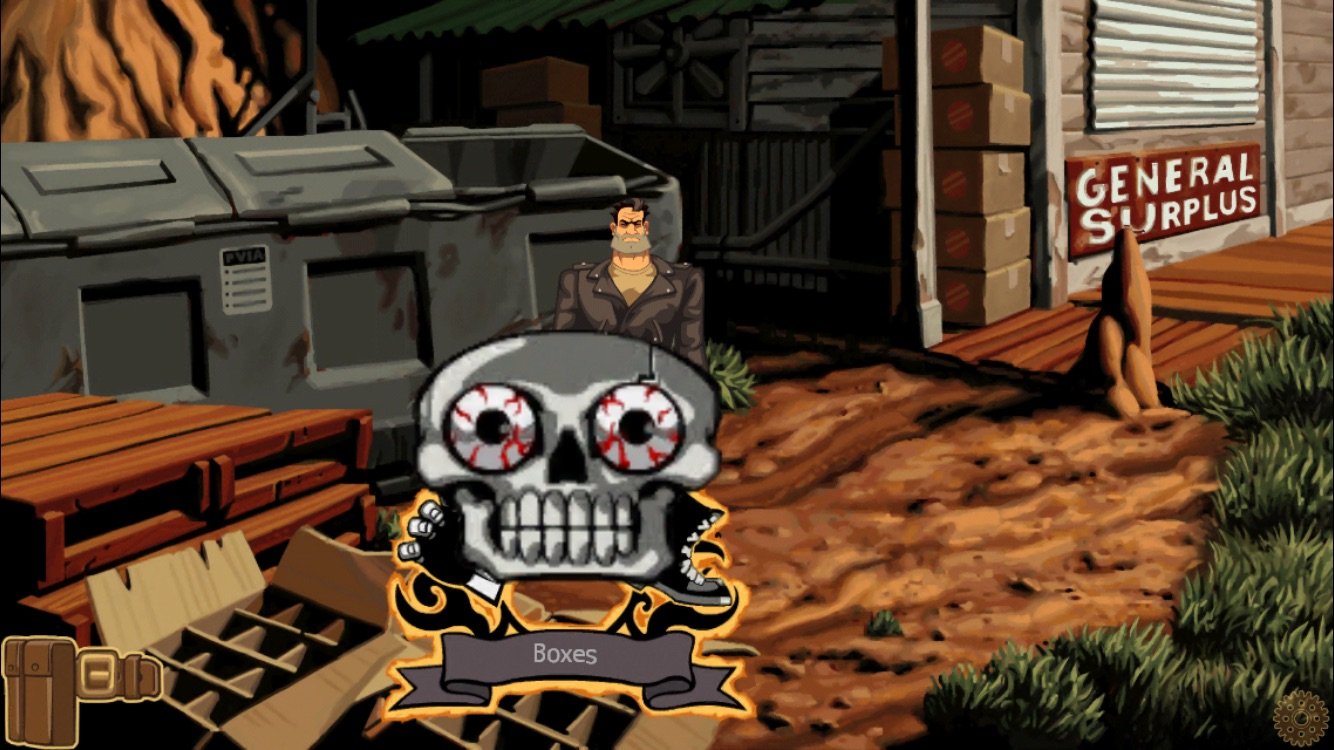 By far the weakest part of Full Throttle Remastered is the part that I didn’t like even back in 1995: the bike combat. It makes up a very small portion of the gameplay, but when you have to do it to progress it can be very frustrating. The touch controls not being able to tell the difference between trying to move the bike and trying to hit the enemy biker absolutely don’t help matters, but these segments are a pain either way. Lots of trial and error (or walkthrough consultation) with which weapons work best on which rival gangs, lots of mistimed moments leading to a wipeout, and lots of obnoxious waiting for Ben to pick himself back up after said wipeout.

I’m super grateful that a wipeout doesn’t result in a Game Over, but when you need to take down a specific type of gang member, fail due to the fiddly controls/gameplay, have to wait for Ben, then need to hope you randomly encounter the same type of gang member again… I’m not a fan. 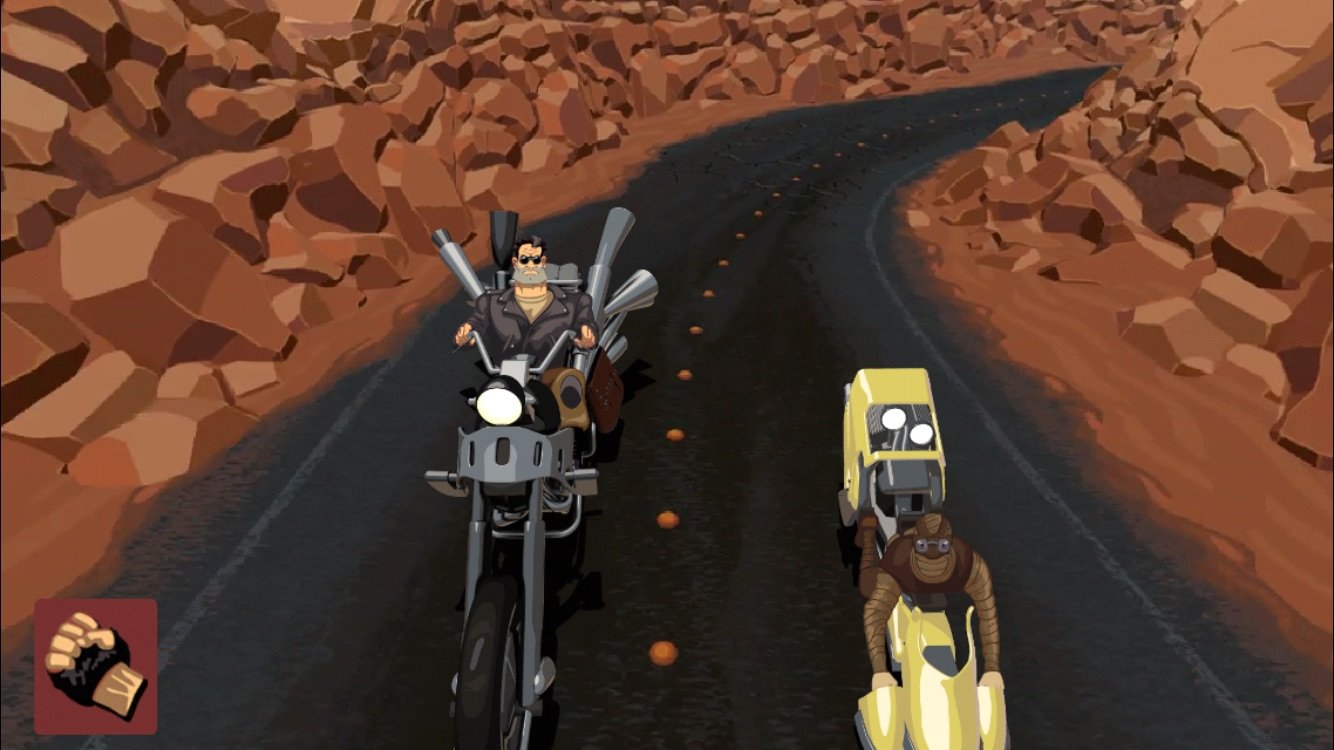 Full Throttle Remastered isn’t perfect – nor was the original Full Throttle – but it’s a great adventure game in its own right. If the name LucasArts fills you with nostalgic adventure gaming warm-and-fuzzies you should definitely check it out. Especially if you haven’t already.

Darkness and Flame: Missing Memories Review – Into the Abyss