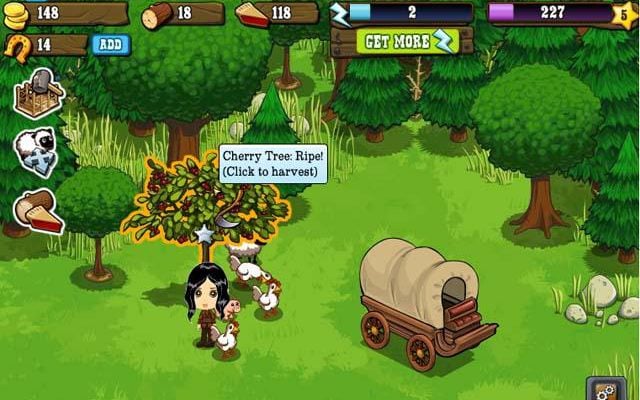 FrontierVille combines everything good about almost every Zynga game to date into something special.

FrontierVille appears to be Zynga’s best and most original game to date. Oh, that’s not to say every single thing in the game is completely original. That is rarely the case with any game. FrontierVille instead combines a lot of the best gameplay mechanics from a lot of the best Zynga games into something that does not feel particularly like any single Facebook title this author has ever played before. 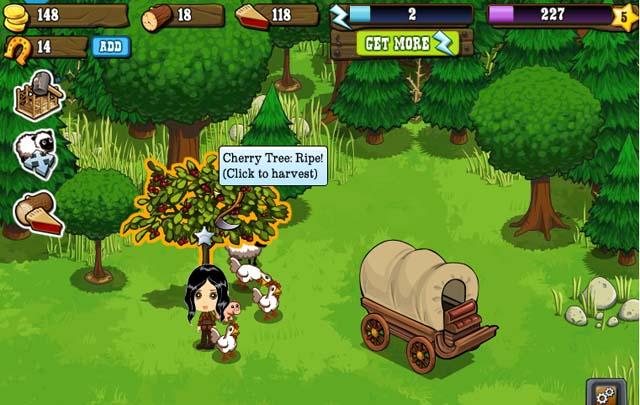 You plant and harvest crops like in FarmVille, but the process feels more streamlined. You collect items as in Mafia Wars, which have a chance of appearing any time you complete an action as in Treasure Island. Your avatar has the look and feel of YoVille‘s, with the same emphasis on completing tasks and a streamlined way of getting help from friends.

Where most Zynga games are relatively single-minded, though, FrontierVille is complex. There is no single goal that clearly dominates the game the way that, say, Café World is clearly about making money and Mafia Wars is clearly about amassing power. FrontierVille wants you to take care of your homestead, develop it, build up your reputation, make lots of money, get married, start a family, and keep your household well-fed (in no particular order). There is no singular activity that you repeat to progress, the way Treasure Island is just about digging up tiles. You’ll need to chop down trees, feed animals, harvest crops, clear away grass, chop down trees, fight wild animals, and help take care of your neighbors’ homesteads (again, in no particular order). Attempting to monofocus in FrontierVille just ends in tears. 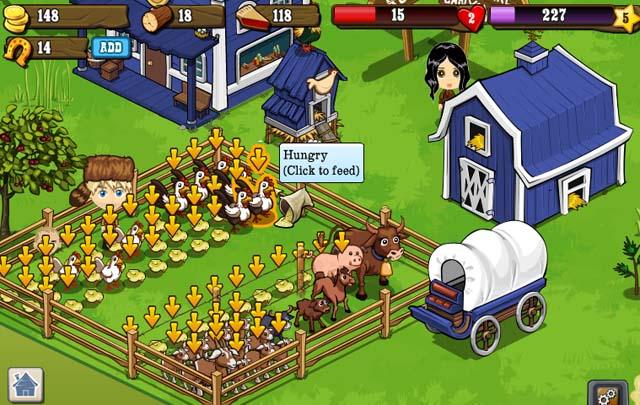 Typically Zynga games don’t have much structure, beyond achievements that suggest a few things you might want to do. Otherwise there’s no reason not to spend your entire tenure in Café World flipping burgers. FrontierVille is complex enough that it’s introduced a mission structure intended to help players get on their feet. Missions encourage you to begin clearing land, buying livestock, and amassing resources like wood. As you complete them, you progress through an actual storyline tree that lets you marry a virtual spouse and begin having a virtual family.

All of this would make FrontierVille a very good social game, but it’s the social features that make it exceptional. Simply put, everything you wish you could do in most other social games that let you visit friends is actually possible in FrontierVille. You can actually hire neighbors to do jobs for you when you’ve run out of energy. You can actually go do useful work at a neighbor’s homestead, like feeding animals or watering crops, and gain substantial rewards from it. Doing stuff for neighbors builds up a stat called reputation that influences how much other people want to hire you and appears to offer other small in-game rewards as well. 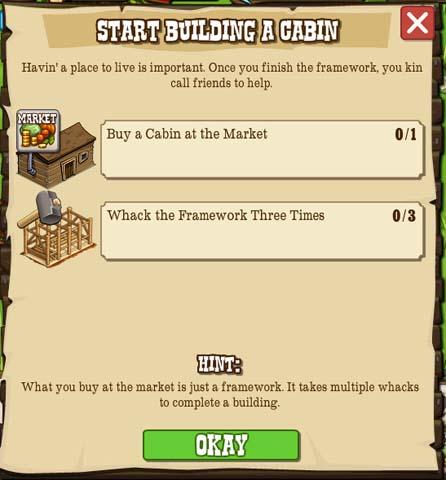 At this time, there is very little to be said about FrontierVille that’s negative. The game is quite willing to spam your Facebook into oblivion if you let it post as frequently as it would like, but you can easily prevent this. The servers are a little unstable right now, leading to some reports of lost progress, but this author experienced little more than the occasional server disconnect. If FrontierVille is this good at launch, it’s hard to entirely grasp the idea that it’s likely to get even better over time as most social games do.

Brunhilda and the Dark Crystal Review