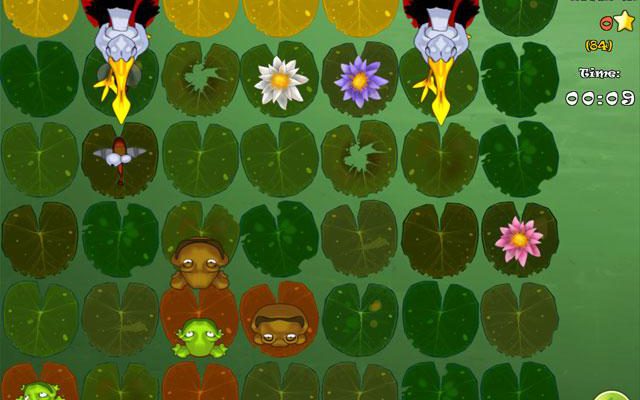 We tend to think of storks as the bearers of little bundles of joy, but it turns out that they also have an appetite for frogs. Frogs, not surprisingly, don’t want to be eaten, and there you have the premise for Frogs vs. Storks, a puzzle game where you’ll help lead your frogs to safety while avoiding the giant birds. 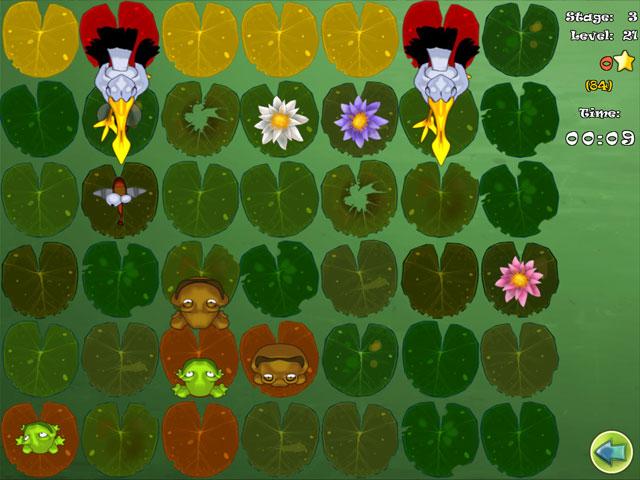 Your goal is to get your frog to the yellow leaf without being touched by the stork. If you want to rack up a better star ranking, you can also grab all the insects and flowers along the way. Completing the level in fewer moves and less time grants additional bonuses.

If it sounds simple, it doesn’t stay that way for long. For example, if a stork happens to touch the insects or flowers then the stork eats it and you lose out on the bonus. Storks can also lay eggs, which net bonus points if touched. There are obstacles too, like torn leaves that return whatever steps on it (whether frog or stork) back to where they started from, and slipper leaves that cause anything that steps on it to continue sliding in that direction.

By the time multiple frogs and storks are added into the mix, not to mention fat frogs that can’t move on their own and need to be pushed, the game becomes quite complicated indeed. Which means that although 48 levels might not seem like a lot for a puzzle game, you’ll need all of your wits and strategy to complete each one – to say nothing of achieving a perfect score. 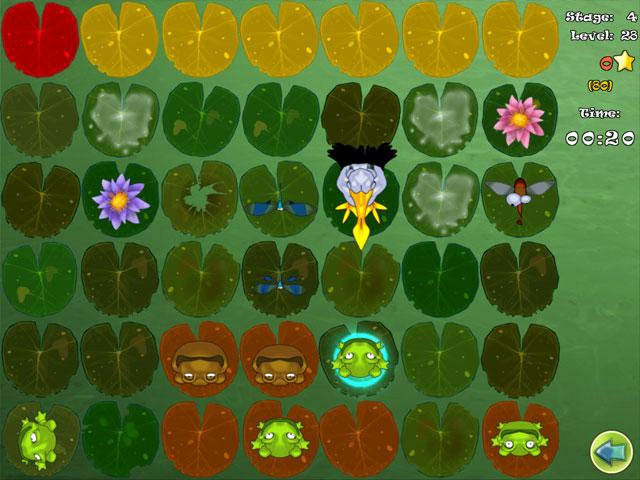 The one gripe I had with Frogs vs. Storks is that the levels are even timed at all. The strategic nature of the game would seem to lend itself more to taking as much time as you need to plan your moves out instead of being rewarded for trying to go as quickly as possible. Granted, the timer is counting up, not down, so you’ll never actually run out of time, but players who don’t like any kind of time pressure at all might find the presence of a timer distracting.

That aside, Frogs vs. Storks is a fun little puzzle game for players who are looking for something challenging. If you’d rather play this title on the go, there’s also a version available for iPad and iPhone.