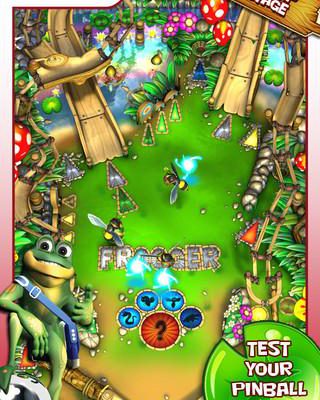 Frogger Pinball is a solid pinball outing, but they could have gone further with the Frogger theme

Video pinball comes in one of two varieties, realistic and fantastic. The realistic ones are the ones that, in theory, could exist in the real world, with layouts and mechanics grounded in reality. Fantastical ones push the limits of imagination, with tables and designs that could never actually exist. Frogger Pinball wanders into fantastical territory, but I wish it would’ve ventured further. Still, it’s a very enjoyable game.

The story mode is the main game and plays out on three different pinball tables (though more are promised). Each one is similarly designed and you need to “complete” each one by finishing various tasks. Some pinball games require you to hit certain ramps or make other trick shots, but here that’s not the case. 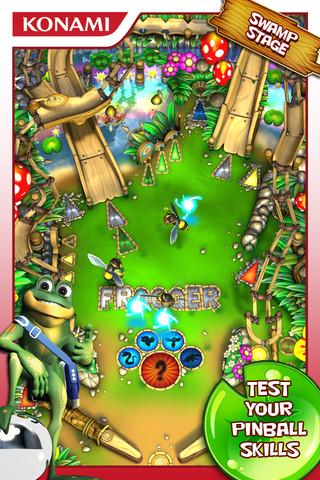 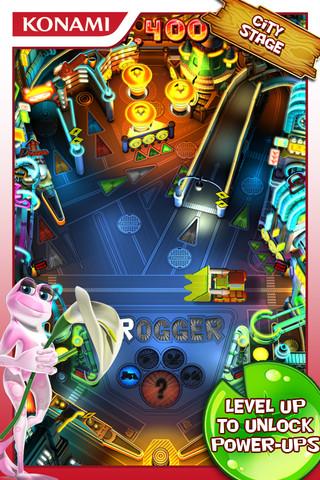 Each stage has targets that, when hit, will summon other targets that move around the table that you’ll need to hit to destroy. You’ll summon stronger and stronger enemies until you get to the boss, and once he’s defeated the stage is over. In the swamp level, for example, you’ll see different animals like snakes and wasps. In the city level it’s cars and such.

The storyline (such as it is) revolves around you saving your sweet Lily from the hands of the evil RoboCroc, and is told through some sparse comic book looking screens before the boss battles and in between levels. What all that has to do with you jumping and turning into a pinball I have no clue, but it really doesn’t matter one iota.

The tables are all similar to each other layout wise, with only some minor table changes from one to the next. The themes are totally different, however, and they all look fantastic. They’re not really based in reality since there are creatures and cars and what-not moving around the table, but as mentioned, we’d have liked to have seen them take it further and more fantastical.

And then there’s the “challenge” mode. It plays out exactly like the arcade mode, except with less balls and you never progress past that level, you just play for score. Other than that there’s only one other difference between the challenge and story mode, and that’s a somewhat shady implementation of in-app purchases.

There are tons of different power-ups and a variety of balls with abilities that can all be unlocked with “power.” Power is something you get from gems, and you get gems with real world dollars. You can earn very low levels of currency through the story mode, but nowhere near enough to unlock anything worthwhile. Just enough to teach you that buying is the only way to go. 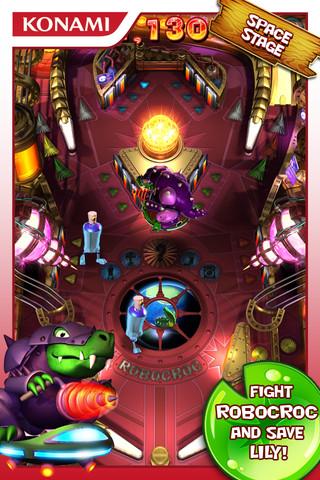 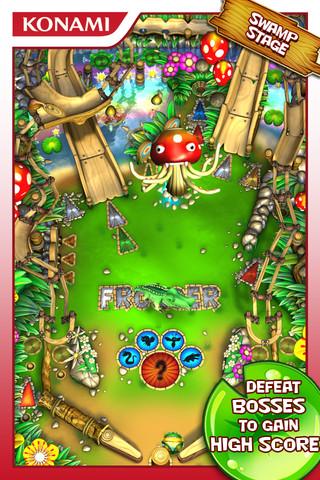 Being that there really isn’t a ton to buy, it’s unclear to me why you’d need two forms of currency, the power and the gems. Ultimately, it’s just confusing. At the end of the day challenge mode felt like little more than a scam just wring a few bucks out of you, so I just stayed away from it and enjoyed the story mode.

If there’s another complaint to be had, it’s that the game really doesn’t have enough to do with Frogger. It would’ve been awesome to incorporate some of the old game into the tables somewhere, avoiding traffic or hopping on logs. I also wouldn’t have been the least bit upset is they updated the iconic music and used that as well. Alas, the connection to Frogger is tenuous at best.

Staying away from the challenge mode, I still felt pleased with Frogger Pinball. I like that I can tap anywhere on the left or right side of the screen to activate the flippers, which keeps me from having to just hold the device with my thumbs along the bottom of the screen. Beautiful graphics and reliable physics just round out the package. I just hope we see more tables soon!