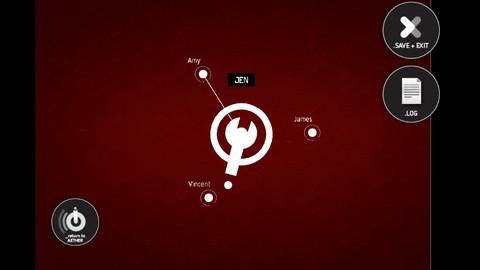 I wonder if we’ll still have prank calls in the future.

I was pretty intrigued by the concept of FREEQ when I first had a chance to preview the audio adventure game for Gamezebo last week, and I loved the emphasis that Psychic Bunny put on the mysteriousness of those old radio detective shows from the early twentieth century. But how does the ambitious radio frequency storytelling hold up now that I’ve had a chance to listen in on the future for myself?

The game starts off simple enough, with you obtaining a FREEQ radio disruptor device that lets you listen in on conversations from the distant future, and intercepting a random call between a man named James and a woman named Amy. But soon after this, a mysterious voice from the future intercepts your own transmission, and says he knows that you can hear him. Where the game goes from here is a whirlwind of sounds, secrets, and a plot about the end of the world. I don’t know if it’s because there was nothing for me to look at or to distract me as I really focused in on the characters’ voices, but I thought FREEQ had some of the best voice acting I’ve ever heard in a video game. Seriously, every character is fully breathed into existence through their own words and speaking patterns, and they are all introduced in just the right ways. Before you know it, you’ll have a very strong idea of who everyone is in this future society, and their illicit relationships with one another: all of which really makes you feel invested in the many decisions you’ll ultimately have to make.

To say that FREEQ is a video game would be somewhat of a misnomer, as Psychic Bunny has clearly labeled their latest offering as primarily an “audio adventure.” As such, don’t expect to find much here from a gameplay perspective. The player’s interaction with the adventure can be broken up into two different stages: tilting your device to find the next frequency signal in a field of static; and dragging a white line to connect each caller to one of several recipients. Each caller has an intended recipient for their respective transmission, which is represented on the game screen by a thin white line. But the game will also give you several unintended options as well, so you can effectively alter the course of the future as you see fit, by deciding who will speak to whom. Neither element is exactly captivating or adds to the overall experience in any way, and they come across as a somewhat arbitrary means to get to that next piece of anticipated story.

I thought the story was extremely enticing from the moment I first started playing: it’s got politics, love affairs, and even sappy poetry readings at an Open Mic Night! But then I finished the first act of the story, and something went haywire with my FREEQ device, and allowed me to listen to different events from the characters’ pasts (though still in the future), and learn how some of them first met. This narrative element of time was something completely unexpected, but one that completely blew me away. The story is layered, complex, and everything you could want from an old-fashioned style mystery, and the voice acting is only matched by the pitch-perfect writing.

The more you listen in, the more that certain characters in the FREEQ universe become aware of your presence, and some of them even start to beg you to make specific connection decisions, giving everything a real sense of morality, as you never know what the right choice might be or who you should really trust in the game. I don’t want to give too much from the story away, but some of those scenarios with the dynamic Vincent Crabapple are fiendishly delightful. I only wish the game had an option of utilizing several different save files, so I could go back and listen to alternate events unfold without having to start the entire adventure over from scratch.

One nice feature included in the game that I did appreciate was a recorded log of events, which highlights all of the important plot points that you have picked up from the beginning of the game in a simple text format, and is great if your roommate won’t stop blasting his techno music when you’re trying to play, or if you just have a really short attention span like I do. You can also easily pause, rewind, or fast-forward a phone conversation as it plays out in case you missed something, but this feature becomes unavailable after the entire transmission has finished. 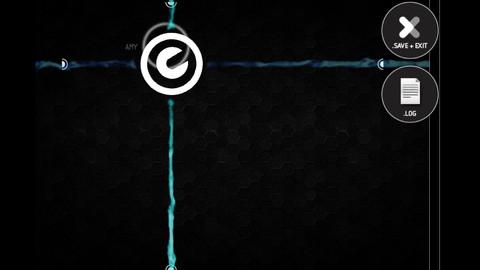 But where FREEQ soars above the rest in terms of storyline and narrative structure, it falls a bit short in its visual presentation. For some reason, all of the text in the game was extremely blurry and pixelated for me, with tiny chunks of letters almost missing at times. There were a few instances where I couldn’t even read the different options I had to connect to, and was forced to make some blind decisions that might have affected my story’s eventual outcome. The main graphics in the game that appear when you search for transmissions and connect the different callers are also nothing special, and they become largely forgettable by the time you reach the end of your audio adventure.

Even though FREEQ might not be the nicest thing to look at, the game is an absolute joy to listen to, and for a full-fledged audio adventure such as this, that’s the only thing that really matters. With a gripping narrative and brilliant voice acting throughout, I can only hope that the actual future will be this exciting. And if there’s one thing I do know, it’s that I’ll probably never listen to a phone conversation the same way again!