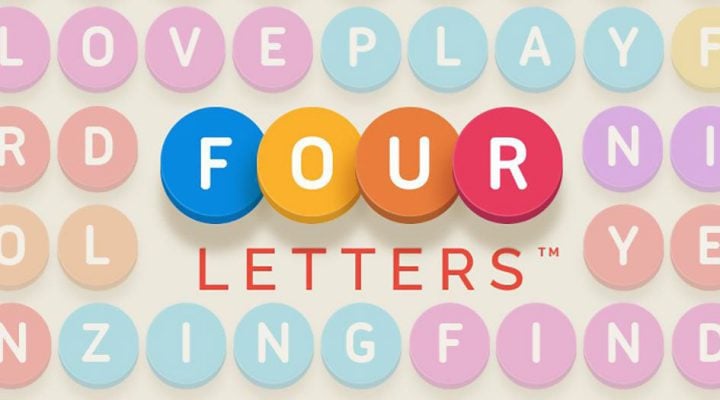 Incredibly easy to learn, but challenging to play.

Four Letters from PikPok is a game about spelling four-letter words.

But you can’t spell that word.

Four Letters is the kind of game that makes you feel very clever as you approach it, especially if you’ve spent hours with the likes of Bookworm. You sneer, “How hard could it possibly be to make words by re-arranging four letters that are provided to me? This is going to be easy.” 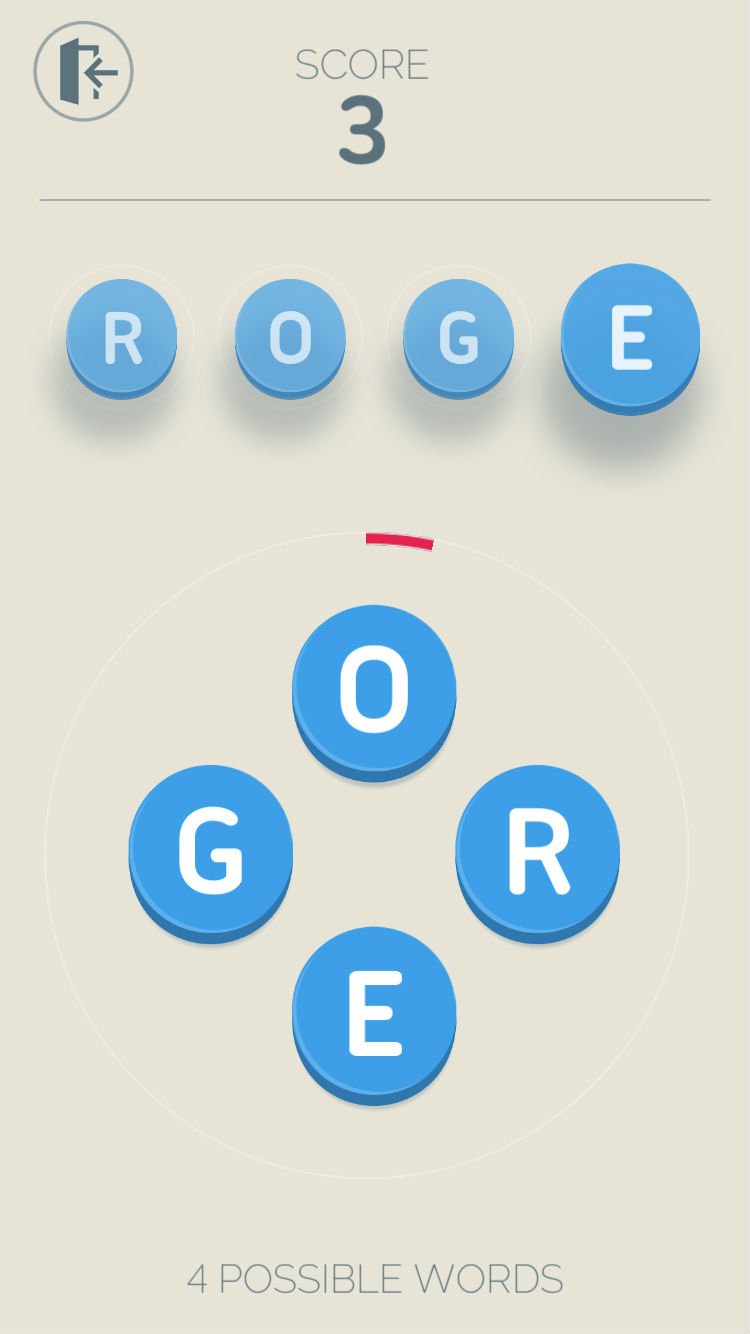 Sure, concept-wise, Four Letters is as easy as a word game gets. Each round places four letter tiles in front of you. You simply need to tap them one-by-one to make a word (Little protip here, the word has to make sense).

The point is to make as many words as possible. Your number is tallied as you spell, and when you mess up you start over in hopes of beating your previous record.

Four Letters starts off easy enough, but the countdown you’re racing against slowly begins to make itself more apparent as it gets faster. You barely notice it at first, but in time you’re spelling as quickly as possible to gain a precious extra second.

Inevitably you panic, and “CATS” becomes “STAC.” You swear it’s a real world, but it’s no good. You fall behind, and you lose. Four Letters smugly informs you that you could have spelled “CATS,” stupid – in addition to several other words.

In fact, you’re informed how many words you can spell with each jumble of letters that pops up. This is a devious little addition because, again, it preys on your inflated sense of self-worth. Even though your brain instantly picks out “PLAY,” you pause and wonder what else you can spell.

You’re not rewarded for taking the extra time necessary to identify and spell the less-obvious word, but you can’t resist challenging yourself. Then you become flustered, you spell “YALP” out of desperation, and you hate yourself. Then you do it all over again. 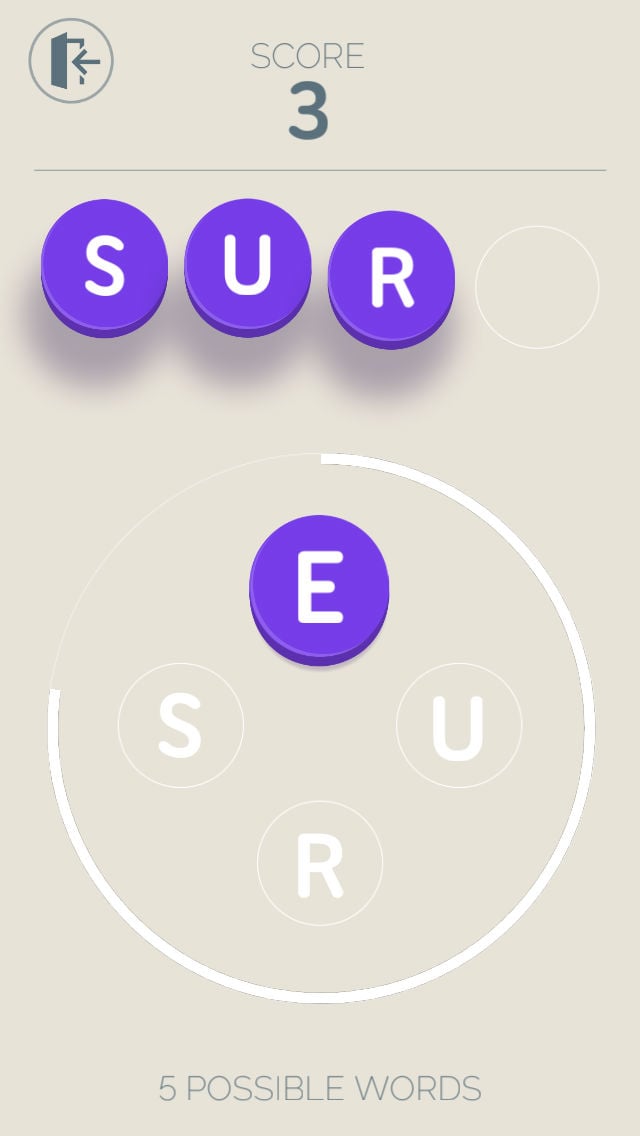 Four Letters’ graphics are as simple as its core mechanic, and its interface is extremely clean and easy to use. There’s one small issue: You have to tap letters, and some word game veterans are going to automatically try sliding their finger across the pieces. It’d be nice if the sliding option was present (and it’d be super-duper nice if there was a Game Center leaderboard), but it’s ultimately a small thing. Besides, tapping the letters issues a satisfying musical tone that tells you “You pushed the button. Good job, champ.” It denotes progress.

Four Letters has no levels, and no hints on what you ought to spell next. It has no themes, no trips around the world that challenge you to solve word puzzles related to the Eiffel Tower or Mount Rushmore. But its simplicity makes it fresh, clean, and worthy of replaying over and over again.