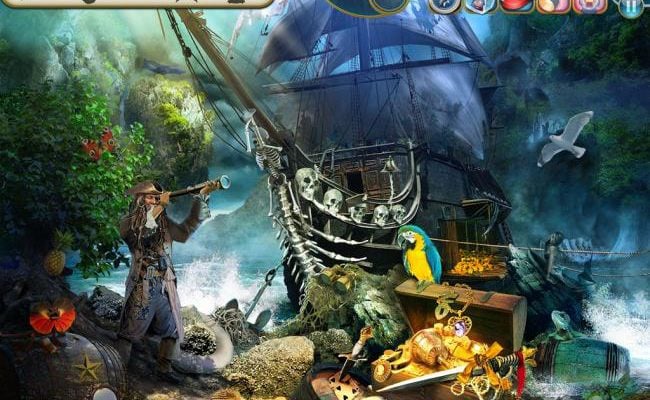 Lose yourself on a mysterious island in Found: A Hidden Object Adventure

Adventure ahoy! Treasure and intrigue lie in wait at every turn in Found: A Hidden Object Adventure by Big Fish Games. In the wake of an unexplained plane crash, you are left to fend for yourself on a strange tropical island. It’s up to you to discover the secrets behind the island’s many peculiar inhabitants, as you traverse sunny beaches, pirate ships, ancient temples, and even a vampire castle in this free-to-play hidden object game. 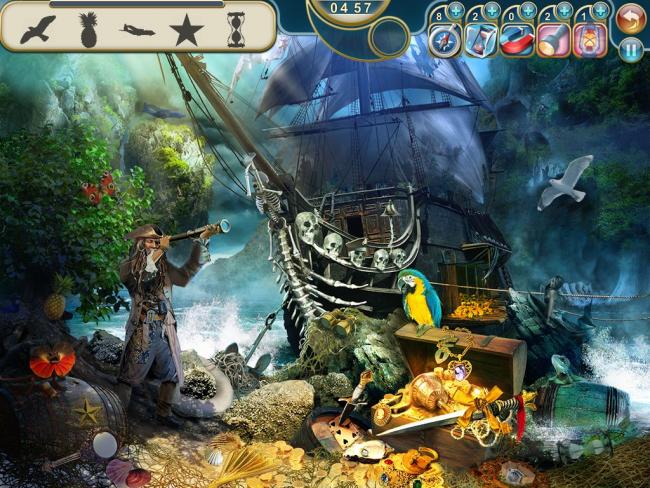 After crash landing on a mysterious isle with no other survivors but the scantily clad stewardess Jessica, you’ll need to learn how to survive and uncover the island’s many secrets. Unfortunately, any attempt at maintaining a storyline after this point all but vanishes once you complete the brief tutorial. You’ll encounter aliens, swashbuckling pirates, and even vampire bats, but none of the characters really seem too fazed by any of these oddities, or even bother to give an explanation for what’s going on around them. I found myself skipping through what little dialogue is offered just to get to the next objective, which mostly involve retrieving an item here and there for no real reason in particular. None of your quest givers are all that interesting either, especially Captain John, who speaks with such a pirate speech impediment that it’s difficult to even read.

But Found makes up for its lackluster story with breathtaking visuals and fun hidden object gameplay. While there may not have been as many initial locations as I’d have liked, the sheer variety of them is astounding. You’ll be scouring a pirate ship one minute, and then find yourself at a UFO crash site or a towering School of Assassins the next. Each one of these diverse locations is beautifully laid out across the moving island map, which is a true testament to the high level of design in this imaginative game. Another nice touch is a sense of movement in many of the search locations that really brings the detailed artwork to life: crackling fires and splashing waves are a few of my favorites. 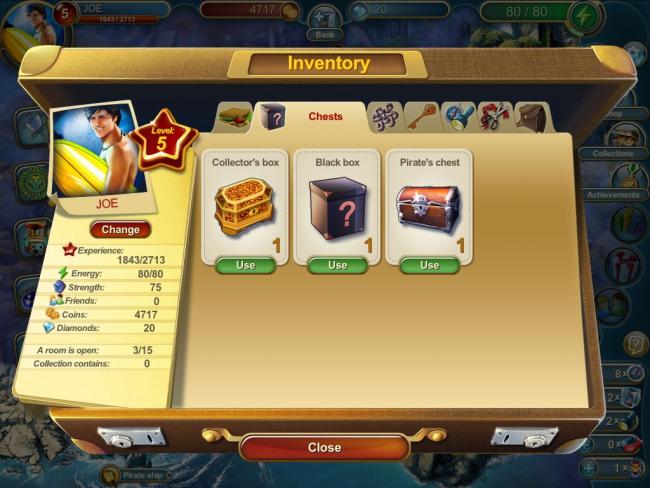 However, I was a little disappointed in the lack of tools you have to help you on your searches. You can make limited use of a compass, a magnet, and an hourglass that slows down time, but that’s about it. Coming from a game that puts a Vampire Castle next to a Submarine, I just expected a little more creativity in this area.

As an interesting touch, you’ll actually have to touch the bonus items you earn (like experience points or money) in order to pick them up while you frantically search. It’s a minor detail, but one that really brings an added layer of challenge to the gameplay. The game interface is also extremely well done, and your inventory and shop pages resemble the inside of a suitcase.

The controls are quite smooth for the most part, but they can get a little stuck sometimes during night levels, when your searchlight will randomly stop moving along with your finger, and cost you some precious combo points.

The game maintains a nice balance of hidden object and social gameplay, with hundreds of search quests and a vast leveling-up system. You can also input your name and choose your own avatar, to make the adventure a little more personal (I’m that surfer hunk over there in the inventory screenshot). As the game goes on, you’ll encounter a number side missions that serve as a great distraction from the main quest lines, and range from bartering with pirates to providing a germophobic alien a green protection suit. 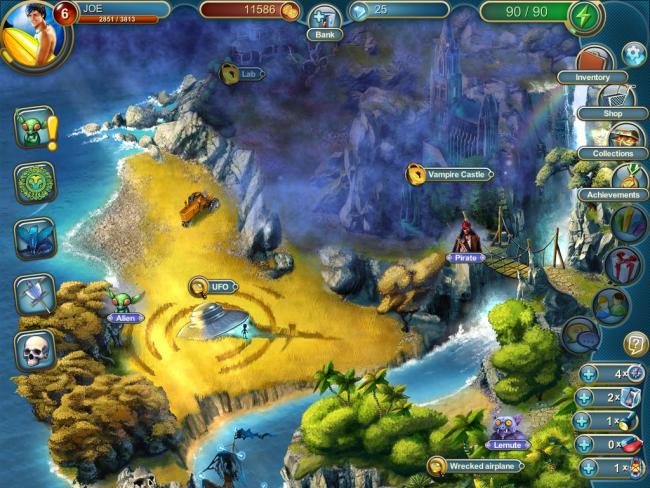 But no all aspects of the game are a hit: the freemium model is a little too greedy for my taste. Players will need to use a certain number of energy points every time they want to search a location, and once those are depleted, they will need to buy pricey food items like croissants or pizza to slowly replenish their energy. And while your energy bar slowly gets refilled over time and slightly extends each time you level up, the energy cost of searching later levels is so high that most will have no choice but pay if they want to keep playing.

Even if its story isn’t quite all there, Found: A Hidden Object Adventure still offers a fun blend of social and hidden object gameplay, with great visuals and intriguing locations. It’s an exciting journey for adventurers of all ages, but one that puts too much emphasis on the “pay to play” model of a “free to play” game.

Death Upon an Austrian Sonata: A Dana Knightstone Novel Review