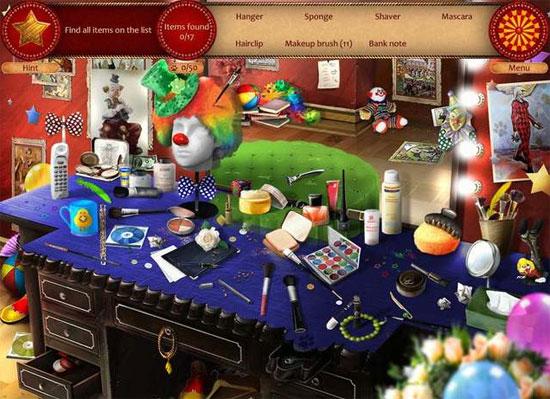 Have you ever had a dream of such power and intensity that it left you knowing in your heart that it was more than just a dream? In Forgotten Places: Lost Circus, such dreams are strong enough to drive a young woman to leave her life behind and embark on a search for the truth about memories she can only glimpse out of the corner of her eye. It’s a risky choice that leads to a world of adventure and a very good game.

In Forgotten Places: Lost Circus, players take on the role of Joy, a woman who dreams of a circus so intensely that she becomes convinced there’s more to it than just a dream, so convinced in fact that she leaves her husband to seek out what she calls her “abandoned fate.” Guided by instinct, she comes upon the dilapidated remains of an old, forgotten circus, where her dreams begin to enter her mind even while she’s awake. In flashbacks, she sees the circus as it once was as well as what she believes is a way to discover once and for all where these memories are coming from.

The plot is as simple as it sounds but the game keeps it relevant, holding it front and center from start to finish. It’s a very linear game; you’ll be guided through it step by step, solving hidden object puzzles in one area and then leaving it behind for good as you move on to the next. Gamers who enjoy exploration may be a bit put off by it but I found the approach very relaxing and a pleasant change from the adventure-style roaming that’s become so common in the HOG genre.

It’s a style that’s well-supported by the rest of the game. A simple story isn’t necessarily a bad one and Lost Circus is consistent and even has its moments of wit; I was particularly taken by the Adope Brothers, a pair of acrobats who turn up to help you on your quest. (If that’s not ringing any bells for you, find a computer nerd and ask.) There’s even an unexpected, almost poignant plot twist leading to a conclusion that is – dare I say it? – actually heartwarming. I was honestly grinning like an idiot when the big moment finally arrived.

Lost Circus is a visual treat and the music is excellent, combining to create a magical, almost dream-like atmosphere that’s perfectly appropriate for a circus. Two modes of gameplay are available, casual and expert, and in that regard it’s all very straightforward: Hidden object searches take place in both the real and remembered circus, while a secondary “find the paw prints” challenge spans both but doesn’t seem to add up to more than bragging rights. 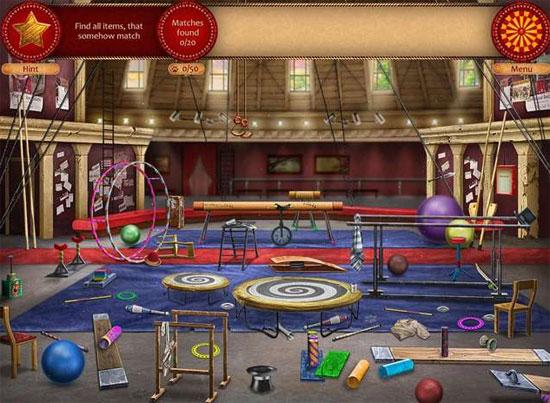 There are a few downsides. The biggest potential pitfall, and this is strictly a matter of taste, is its relatively shallow nature. Gamers looking for the relative depth of a full-on hidden object adventure or the freedom to wander and explore may find the relatively straightforward gameplay and tightly-directed, step-by-step progression a little too rigid and confining.

Even so, Forgotten Places: Lost Circus is a wonderful, magical game with a lot to offer anyone looking for some relaxed, low-pressure hidden object fun. It’s a tight, well-produced package that makes simplicity a strength and serves up a pleasant change from murder-solving and world-saving, without sacrificing quality or engagement. This is definitely one game that hidden object fans don’t want to miss.