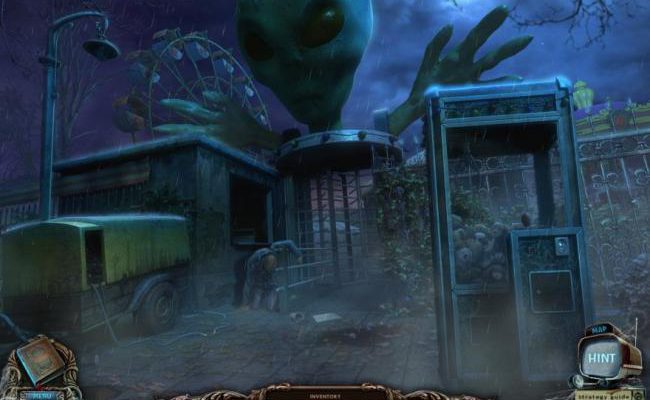 How was this not the plot of an X-Files episode?

As a biosafety agent working for the US government in the 1960s, your life is more about scientific explanations than supernatural phenomena. Your job is to investigate the cause of diseases and stop them before isolated incidents turn into national disasters, but when the townsfolk of an entire city freeze in their tracks and are neither living nor dead, science won’t come close to helping you explain what has happened. In Forbidden Secrets: Alien Town, the game’s name may unfortunately provide a major spoiler for the true cause of this outbreak, but getting from beginning to end is still worth the ride.

Forbidden Secrets: Alien Town takes place in the small town of Fort Nightingale, formerly home to a military base and scientific research facility. These days, it houses only those who couldn’t afford or otherwise didn’t want to leave when the government funding ran out. The town’s major focus over the past ten years has been a set of infants that were mysteriously left abandoned on the porch of an orphanage. While adults have been stricken immobile and “unconscious” during this outbreak, the orphans have remained unharmed. The storyline in Forbidden Secrets: Alien Town is instantly gripping, as it’s a unique offering in a genre full of ghost stories or unresolved nightmares. 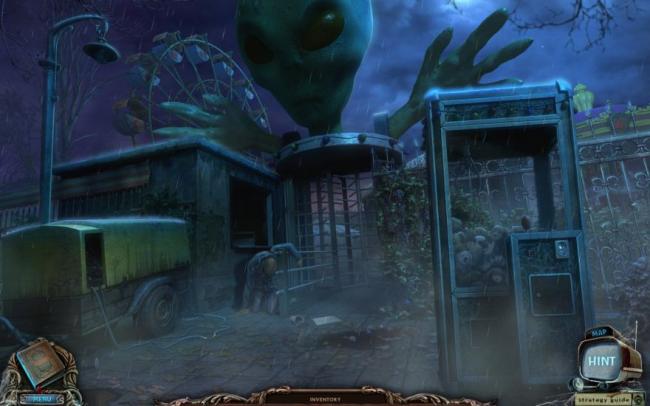 While the gameplay of Forbidden Secrets: Alien Town sees you investigating dozens of individual locations, the world loses its scale via the inclusion of a map with fast travel and action markers, telling you where you can currently complete a task. This map is incredibly helpful, and in no way harms the overall quality of the game (quite the opposite, actually), but it does create a bit of a weird sensation when you’re required to travel to a location that was originally visited at the very beginning of the game, but you haven’t seen since. Likewise, some inventory items will remain in your possession for far too long, creating clutter and a sense of confusion as though you’ve missed something along the way.

There are plenty of hidden object scenes to complete here, with some being reactivated multiple times throughout this 3-4 hour experience. Thankfully, the scenes are presented in a different way each time. One may have you finding items via text-based lists, with hotspots requiring further action in each, while another may see you dragging images of items up to the screen based on items they’re associated with (a baseball would be matched with a baseball glove, for instance). Most of these associations make total sense, but others are a bit illogical, like dragging an electrical heating element into a cup of tea to warm it up.

There’s additional variety in only a few extra scenes, as you may need to spot the similarities between two scenes (rather than the differences) or use your found hidden objects to manipulate others within the same scene. These are great additions to the standard hidden object gameplay, so it would have been nice to see them included in more than just a single scene each. 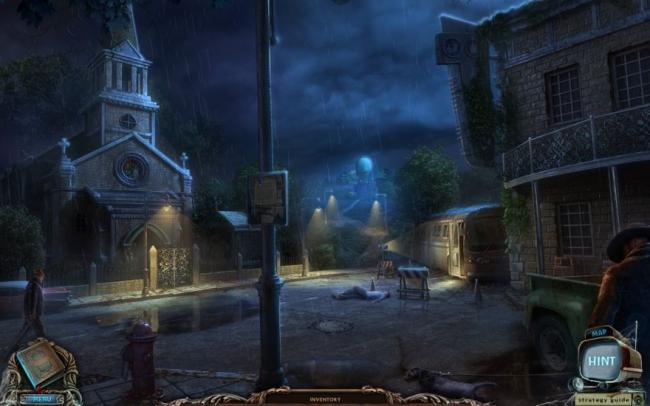 The majority of Forbidden Secrets: Alien Town‘s puzzles come in the expected varieties of tile-sliding or rotation puzzles, jigsaw puzzles and so on. There are only a few that really stand out, but they stand out for the wrong reasons: they’re overly complicated or require you to constantly open and close the journal to look at images that you’ve jotted down long ago. One puzzle, for instance, takes place late in the game but has you scrolling back through your journal to something that happened within the first 15 minutes. It’s nice that this amount of depth is here, but in these cases specifically, these puzzle markers should have automatically been transferred to somewhere on the outside of the puzzle board to make these instances more user friendly.

Overall, Forbidden Secrets: Alien Town comes with a really interesting story that only gets really cheesy towards the end. The inclusion of multiple hidden object scene types is definitely appreciated, as are the task markers and fast travel options within the game’s map. It would have been nice to see better (faster) voice acting throughout, and to see those aforementioned one-off scene types be given more of a focus, but as it stands, this is one Alawar game that’s easily worth the purchase price.