Home / Reviews / For The Win Review

For The Win Review 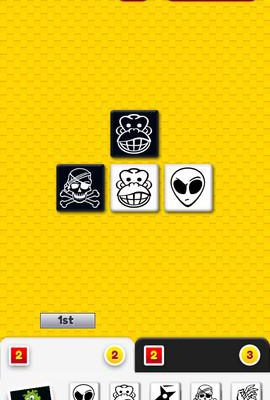 It’s easy to forget in the dazzlingly varied world of modern board gaming that for most of history, the favoured board games were all abstracts (a game which lacks a cohesive theme and places a heavy emphasis on strategy). From famous classics like Chess and Go to half-forgotten pastimes like Nine Men’s Morris, they ruled the roost for thousands of years. But modern designers like the paradigm too, and the newer abstracts are starting to make the shift to iOS. Enter For the Win.

At first glance you might mistake this for something other than an abstract, featuring as it does zombies, pirates and other classic gaming tropes. But they’re just pictures on tiles which two players take turns laying down on a grid with the aim being to make a set of their own tiles connect together. Sounds easy. It isn’t, of course: you can’t lay your tiles adjacent to one another, only move them a space or shunt their row after they’ve been placed. And each turn you’ve only got five actions, so they need to be spent wisely.

To add further interest, each type of tile has a special power. Ninjas, for instance, can move to any empty space on the grid, while Aliens can force other tiles to move closer to them. But this renders the tile inactive, and only active tiles count toward victory. You can flip inactive tiles back to active, but that takes one of those precious actions.

I don’t much care for abstracts personally, but there’s little doubt that For the Win ticks all the necessary boxes to make play as interesting and accessible as possible. It’s easy to learn and teach, aided by a well-written and clear tutorial, and plays rapidly so you can wrap up a game in as little as five minutes.

There’s a decent amount of depth and complexity to the strategy, with the limited action pool injecting some needed tension into the experience. But the game really shines when those special powers come into play. Used properly they can transform the game state in an instant, and much of the planning revolves around setting up situations to maximise their utility, while stopping your opponent from doing just that. It reminds me a lot of Hive, another abstract game with variable piece power that’s made the journey across the digital frontier.

To further ensure that the game retains variety and therefore interest as long as possible, the developer has included a wealth of AI options. Not only different ability levels as you’d expect—and the highest setting of which is perfectly capable of playing a solid game—but in play style. Five options are offered, a usual balanced opponent and four others who specialise in different aspects of the game. So if there’s an area of your strategy you want to practice, or just have a favoured style of game, you can tweak the settings to maximise your enjoyment.

As well as solo play there’s the choice to mix and match up to four human and computer opponents for hotseat play. This is a very worthwhile addition. Not only does playing with more than two spice up the game a little, it’s something most physical sets of the game can’t accommodate, the majority having only enough components for a duel. So the app functions very well as an alternative to an actual boxed copy. 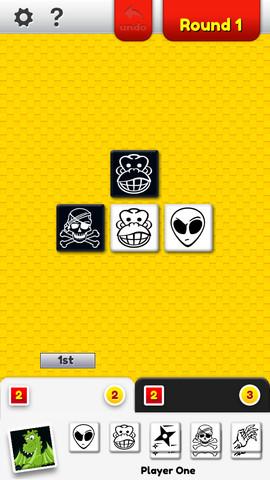 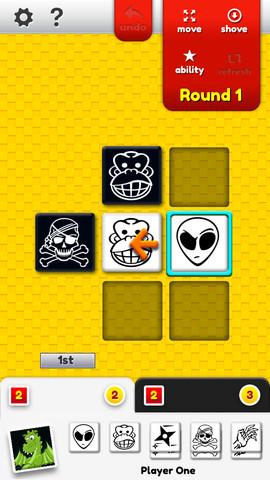 Sadly all that effort in developing the AI hasn’t been replicated for network play, asynchronous or otherwise, which is wholly absent. In this day and age that still counts as a serious omission, even with all the work that’s gone into making the solitare experience worthwhile. Inevitably you’ll get to grips with the AI and want to play against your friends. But unless there’s an update in the meantime, you won’t be able to.

Presentation and usability are really pretty slick. Abstract games are fairly resistant to serious multimedia overhauls, so we can pass over their absence here. The game and its interface look pretty enough, and the music is pleasingly jaunty. All the major functions you need are easy to find and use and the app auto-saves games for your convenience. There’s a nice tooltip-style help function that will remind you how bits of the interface and game work whenever you need it, a great feature that should be more widespread in iOS apps.

For the Win is a well-polished package with an interesting and unusual, if occasionally anodyne, game at its core. A slew of recent, high-profile board game adaptations that have demonstrated poor usability and serious stability and presentation issues could learn a lot from this solid, approachable, feature-rich translation from board to mobile. Given how well it’s been programmed in all other regards, the lack of online play is surprising and unfortunate, but the solo play is rich enough to provide plenty of entertainment while you wait to see if one arrives.