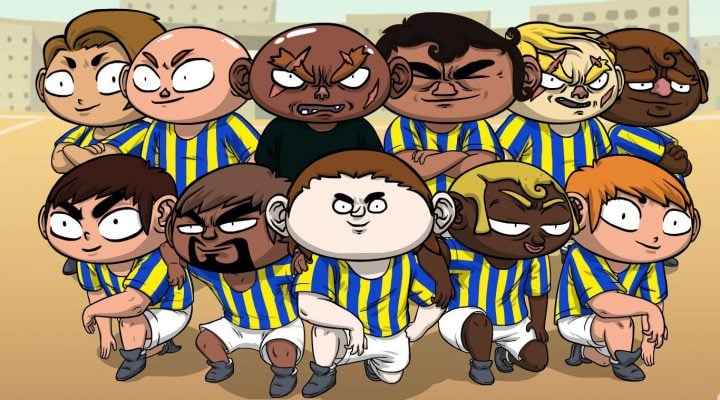 Requires much less time commitment than many soccer sims.

No real gameplay in the matches themselves.

Only one league match per day means seasons take a while.

Some mobile games can’t help but intrigue you. Take Football Maniacs Manager, for instance. There’s that provocative name, its stealthy release that seemed to come out of nowhere and its unusual timing, coming a few weeks after the World Cup ended. It’s also a remarkable shift for 5 Ants, the studio that did Tiny Thief. Alas, this is no Tiny Thief, just a humorous attempt at simulating the beautiful game with plenty of sizzle but less than a full serving of steak.

(Note: I’m going to use the terms “football” and “soccer” interchangeably as I see fit. You’ve been warned.)

If you like sports games of any type, you’ve almost certainly played something with the same ultimate goal as Football Maniacs. As the manager of your own fledgling football club, your job is to build it into a powerhouse capable of winning the cup at the toughest possible level of competition, the Maniac Division. You get to name your club and choose your kit colors from a decent selection, after which, it’s time to hit the pitch. 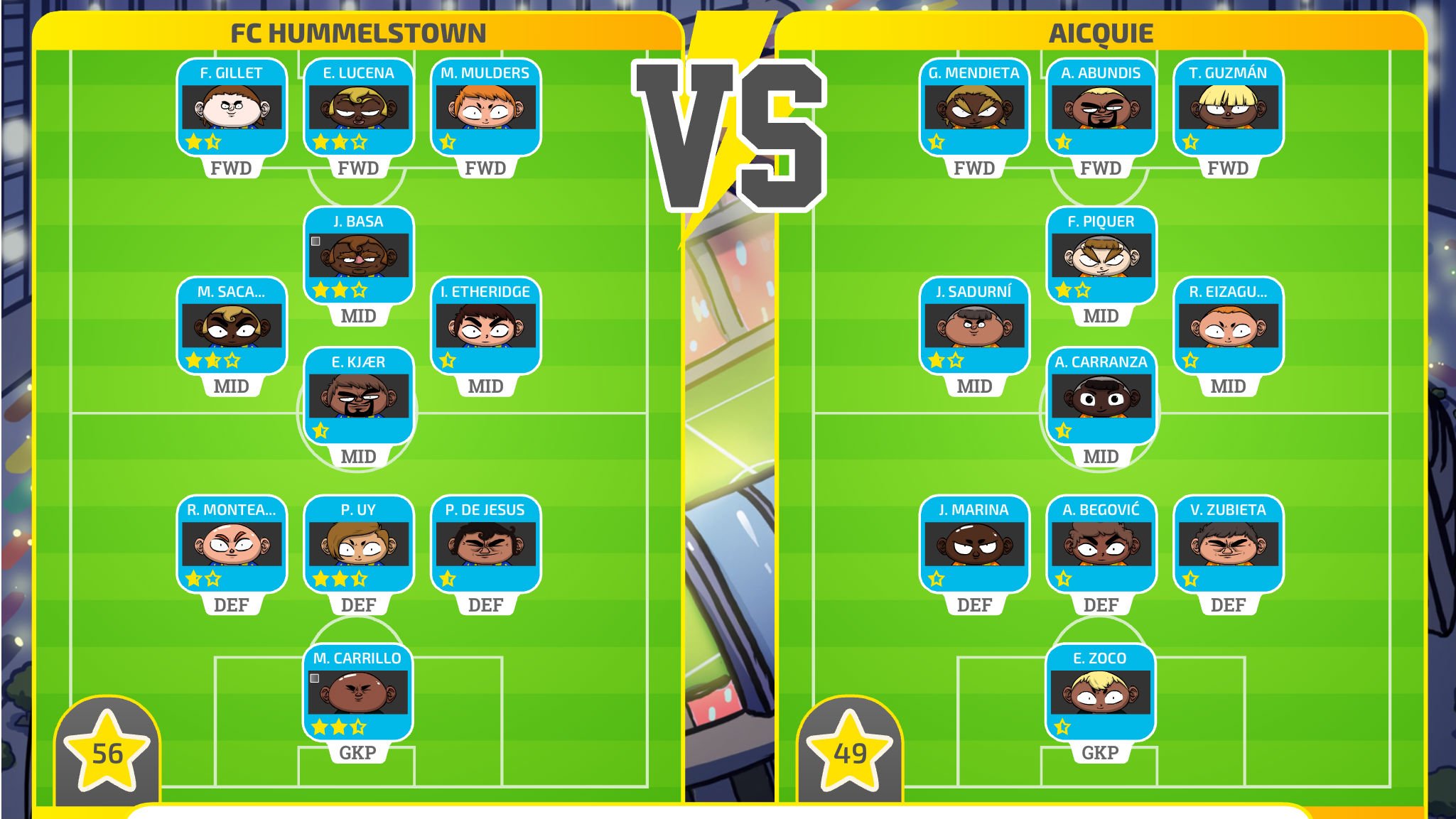 For the sake of full disclosure, I need to mention here that you only manage the team, so the soccer action plays out with no input from you other than setting the starting lineup, choosing free kick, corner and penalty takers and assigning some basic team tactics. You watch the results unfold in a series of animated sequences representing key plays that shows off the game’s awesome art style, but other than that, there’s no gameplay per se. If you have small children, prepare to ask them why you aren’t doing anything.

While the player designs are a treat and the action scenes provide for some good fun, they only go so far. Play about a dozen matches and you’re going to feel like you’ve seen them all. It’s also not like you can make substitutions or strategy adjustments; the die is cast once the first ball is kicked. Football Manager this ain’t. 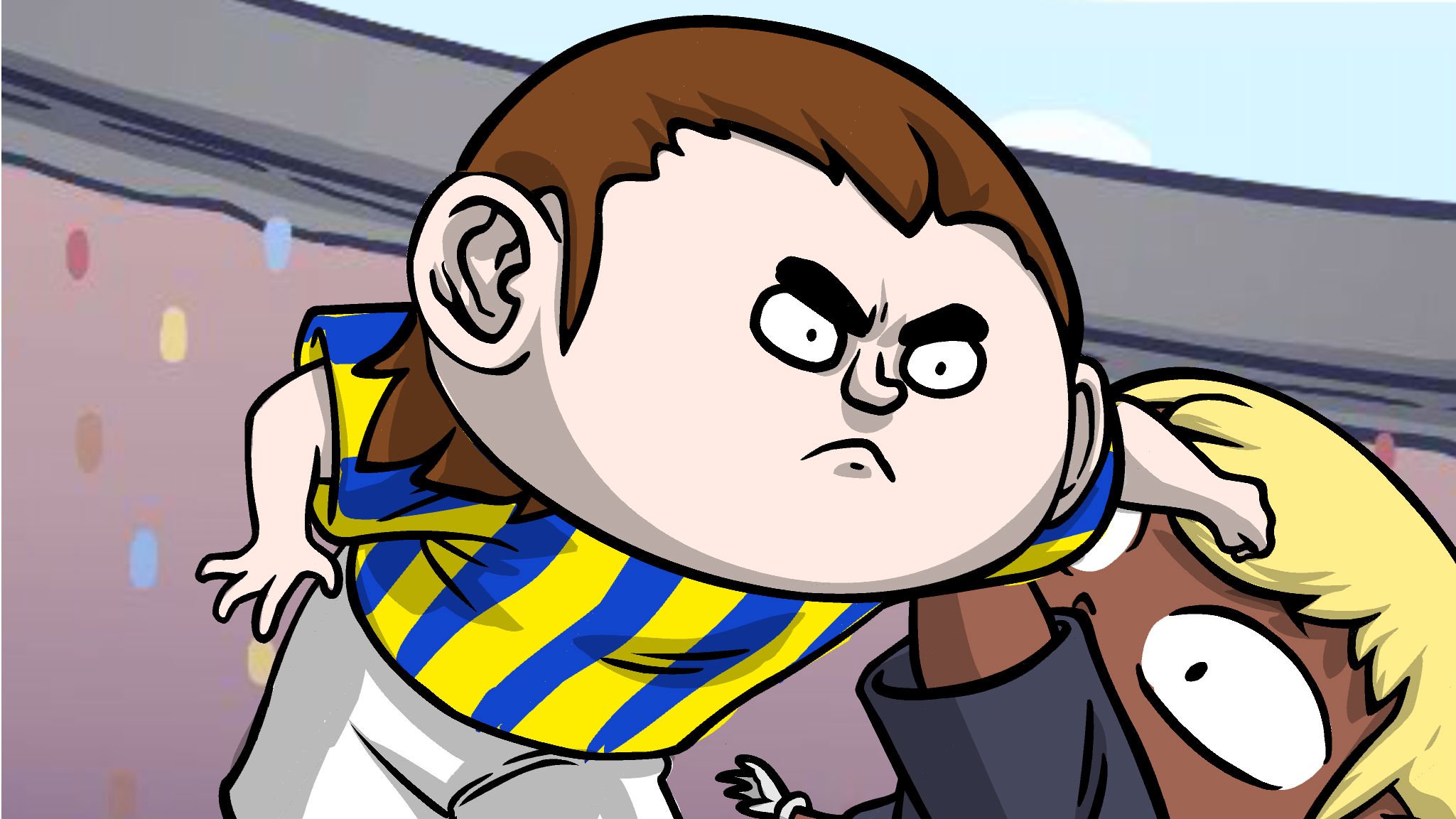 Happily, there’s a surprising amount you can do to improve your team in-between matches. Every game played gets you skill points in the form of soccer boots you can assign to any player on your squad. Players have eight attributes and an overall number of stars that ranges from one to five representing their maximum potential. Some also have special abilities making them particularly good at one thing or another, and there’s a nice degree of customization options with regard to appearance, nationality and the like.

While increasing attributes is all well and good, you can also hit the transfer market with coins won on the field to find athletes with more upside. One free search by position is available every hour, though you can find better players with the game’s premium currency — which you can also earn by completing achievements or winning your league.

And just like in real football, victory in regular matches against random teams is great, and a good way to build your team, but league play is where it’s at. Football Maniacs assigns you to a random group of teams (six in the lowest level, the Junior Division) and gives you one league match per day. Your team will play with the lineup that’s set when the matches are played, and while there are injuries and suspensions due to yellow card accumulation, that’s about the extent of the strategy involved. Have your team leveled up as much as you can, grab a look at the opposition to decide on tactics and take your chances.

If you’re a really big soccer fan who doesn’t take the game too seriously (and yes, that’s probably an oxymoronic formula), Football Maniacs Manager is a good way to smile a bit and put yourself in the manager’s role with a minimum time commitment. Other people are going to shake their heads and not get this game at all, kind of like non-football fans react to the sport itself.