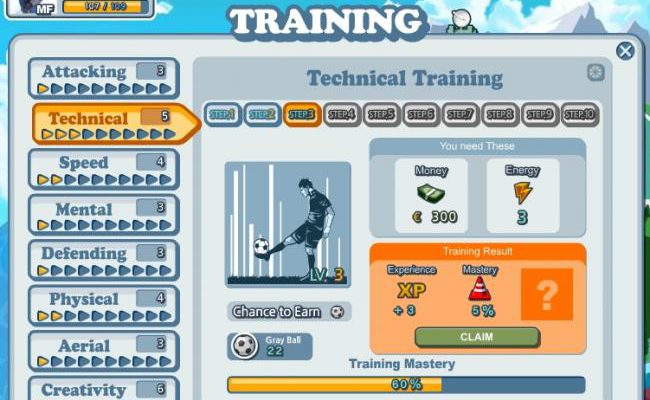 Football Life may lack an official FIFA license, but it’s a fun and satisfying soccer sim.

Football Life is a lot like a much cuter version of EA Sports FIFA Superstars. You’ll build up a team and enter into tournaments, training along the way and moving from the junior leagues all the way up to the pros. The big difference here is that, in addition to managing a team, you also get to shape and mold a specific player, and that helps make up for the lack of real world superstars. 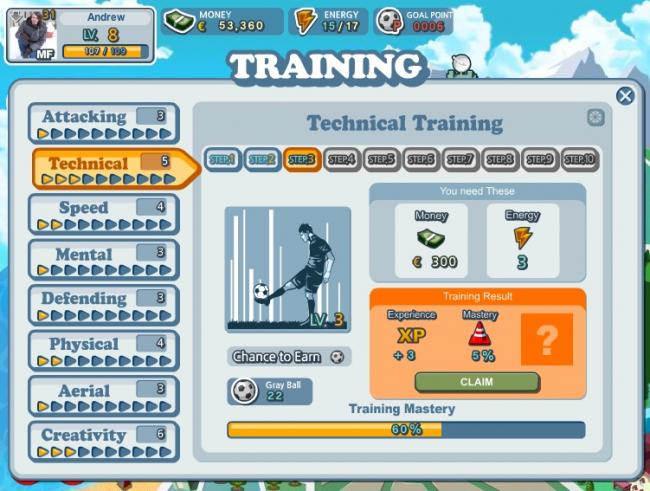 A good percentage of your time in Football Life will be spent training. Your character has a number of different characteristics to work on, which includes everything from attacking and defending to creativity and speed. Working on these skills not only improves your character, thus making your team better, but it’s also one of the more common quests so training is a great way to earn some experience. It does require energy, however, so you’re limited to how much you can do in any given session.

And what are you training for? To play some matches, of course. You can enter either quickplay friendly matches or multi-team tournaments, which pit you up against other players’ teams. Like EA Sports FIFA Superstars, the matches are simulated, so you can either watch the highlights or skip ahead to the results, but you don’t actually participate. The results are based entirely on the skill level of each team. The problem is that the matchmaking isn’t all that good, so you’ll regularly find yourself against teams either much weaker than you are or, when you’re still at a lower level, much stronger. The game also deals with draws curiously. Sometimes when a game ends up in a tie score you’ll be awarded a win, and othertimes a lost. But it’s never explained why you win or lose. 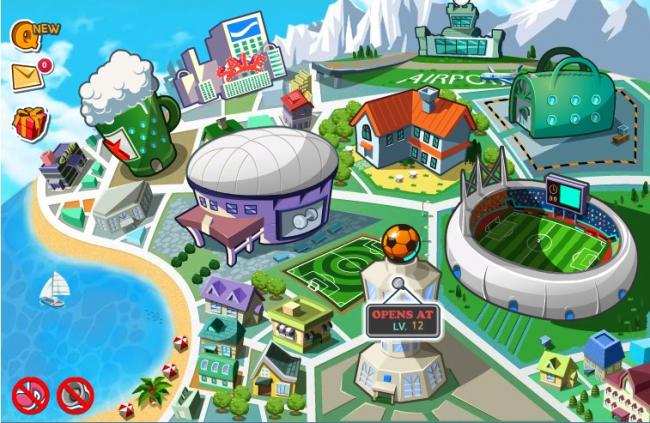 In addition to your own player, you’ll also earn cards as you play, which feature the players that will fill out the rest of your roster. You can either assign these players to different roles manually, or let the game select the best fit automatically. The players you collect become better the more you play, which comes in handy as you move up the ranks into more difficult leagues.

Football Life may not sport the FIFA license and real world players that its biggest competitor does, but it makes up for it with a cute, cartoony sense of style. Everything is big, colorful, and exaggerated, which makes for a very visually appealing experience.

But aside from some matchmaking issues and the lack of a FIFA license, Football Life is a surprisingly fun soccer sim. You may not actually get to participate in the games, but building up the best possible team is surprisingly satisfying, even if you can’t have a dream team with Messi and Ronaldo.