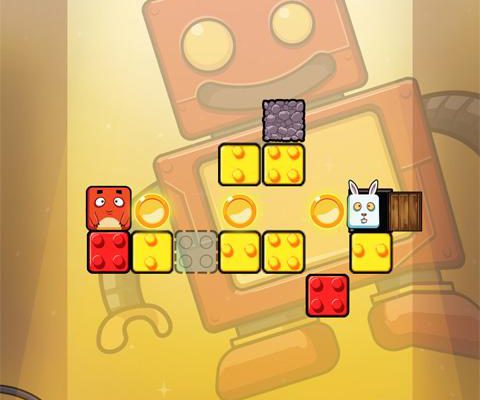 Have you ever tried to catch a rabbit? In my experience, it’s pretty much impossible. Mind you, I can’t remember why I was chasing one, but the point remains. As luck would have it, though, that only pertains to the real world. I managed to catch a couple in Super Mario 64, and yet another in Follow the Rabbit for iOS.

Now don’t get the wrong idea: I’m not the kind of guy who goes around chasing rabbits for no good reason. In the case of Mario, it was because I wanted to unlock extra content; in Follow the Rabbit, I just wanted him to return the money he stole. As far as I’m concerned, those are pretty valid reasons. And besides, I was having a lot of fun.

And with that, I’m done bringing up Super Mario 64. Maybe.

Follow the Rabbit consists of 125 levels, with the promise of more on the way. They start out simple enough – gather a few coins, dodge an enemy or two, and make your way to the door. In true puzzle game fashion, though, things get difficult really quick. You’ll have to control more than one character in some instances, or dodge different enemy types whilst ascending via balloon. And that’s only the half of it.

Fortunately, the game’s control scheme is on your side. Moving left or right or jumping requires but a swipe of the screen, making it easy to react quickly in some of the more danger-filled areas. There’s nothing worse than taking on a spike-headed foe to your side and a hungry bat above you and not having the necessary control to escape the situation.

With such responsive controls and a ton of well-designed puzzles, I had a really hard time trying to find something wrong with Follow the Rabbit. In my mind, it’s everything a mobile game should be. You can easily kill a few minutes with it here and there, but it’s engrossing enough to warrant much longer play sessions.

In fact, I made my way through half the game in about two sittings. It was one of those “one more level” situations, wherein I’d clearly lost all control and couldn’t stop playing if I wanted to. Which kind of works out, because I didn’t want to stop. In fact, I felt motivated to 100% each level I played – a feat that requires picking up the three coins scattered throughout each one. 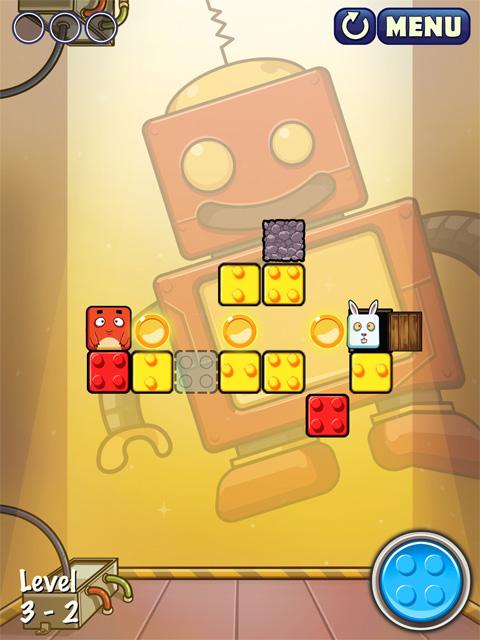 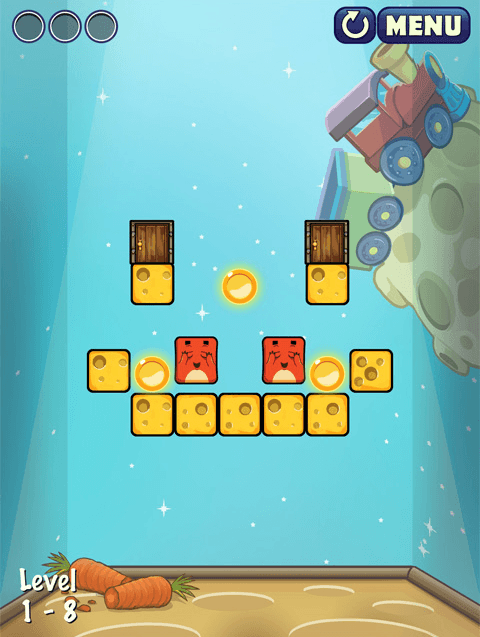 To put it simply, Follow the Rabbit is just plain captivating. It feeds you new mechanics at a speedy rate, and does everything it can to ensure that you’re still having fun. There were moments of frustration, inevitably, but they only strengthened the feelings of triumph that followed.

That does bring up one important caveat, though. If you’re not a dyed in the wool puzzle fan, you may find yourself unpleasantly irked with some of the later levels in the game. In certain ones, it’s difficult to figure out what you need to do to gather all of the coins and safely make it to the exit; in others, it’s tough to react quickly enough to dodge certain enemies. Both of those things are my proverbial bread and butter, but it would be remiss to ignore the crowd who may not enjoy that.  And to those of you, I say: That’s totally alright.

Follow the Rabbit is one of the best physics puzzler games I’ve played in a good long time and, as a fan of the genre, it hit pretty much every note I could want it to. The catharsis that comes with finishing that last puzzle is palpable, and the means that lead to that end are a whole lot of fun. Just try not to drive yourself crazy in an effort to nab every single coin.