By Mike Thompson | 8 years ago 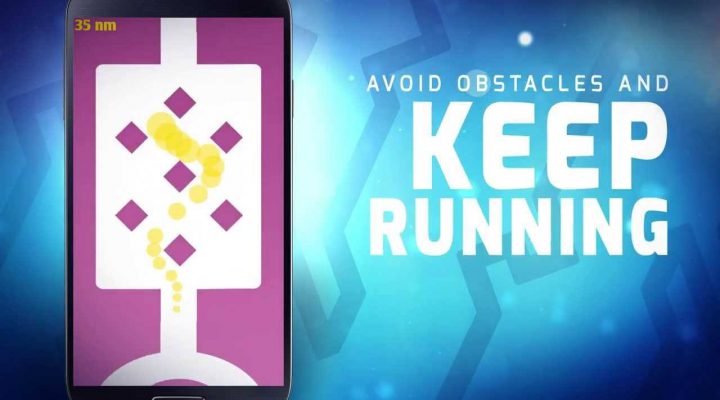 Gameplay isn't as much fun on larger screens

No way to get rid of ads

Crimson Pine Games, the developer behind the popular Solitaire Champion, is back with Follow The Line. At the time of writing, the game is one of Google Play’s top-performing free apps. This success is easy to understand, as the game’s got to very strong attributes going for it: It’s incredibly simple and fun.

The game is a part of the “finger runner” genre, where the player puts their finger on the display and then guides the associated dot through a randomly-generated maze that scrolls across the screen. The further one progresses through the endless maze, the faster it moves until one’s finger inevitably hits the edge and ends the game. Additionally, new maze sections are unlocked as new distance milestones are reached, which continues to provide fresh content for players. 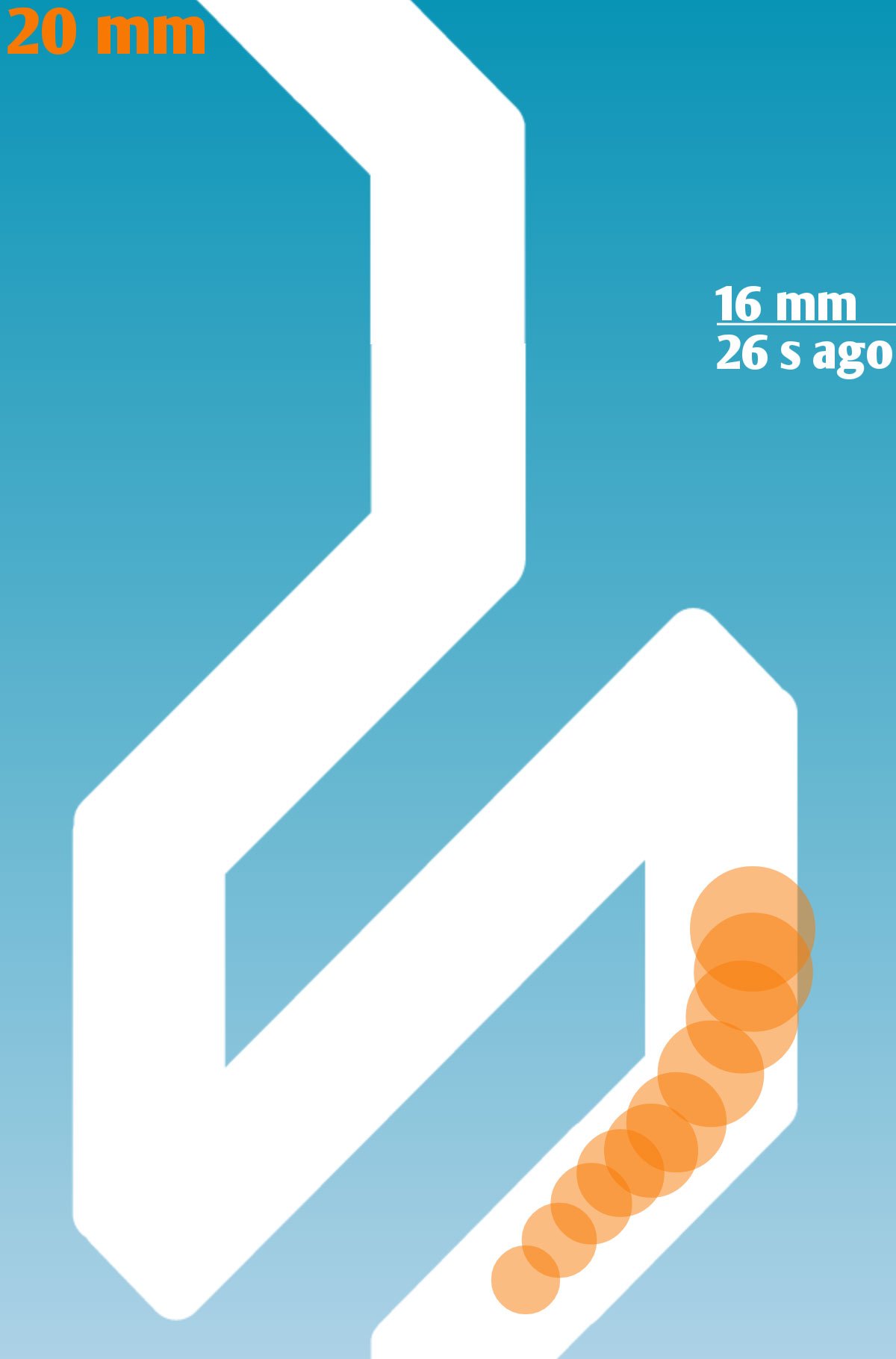 This is a very fast game, one that’s great for killing time in short bursts. So far, average play sessions last less than two minutes (even that’s a rarity).  It’s also a title that plays better on a smaller screen. Playing this on a Galaxy Note Pro 12 proved to be a little bit of a hassle, as the larger display means the player has a lot more space to physically move across. On a Nexus 7, though, the reduced screen size is close to perfect.

As previously noted, simplicity is the name of Follow The Line’s game. That policy extends to its production values. Visually, this is about as simple as you can get; the maze area you wander through is white, full of crisp lines and shapes, while the outside area is filled with a solid color that gradually shifts shades as one plays. It’s a nice style effect that keeps things interesting while the game is going, though the maze edges looked a little blurry as things sped up on the larger screen of the Galaxy Note 12. Likewise, the music feels fairly minimalist yet appropriate to the gameplay itself. In fact, the best way to describe the audio is “action muzak”; it’s kind of weird to listen to, but it works pretty well. 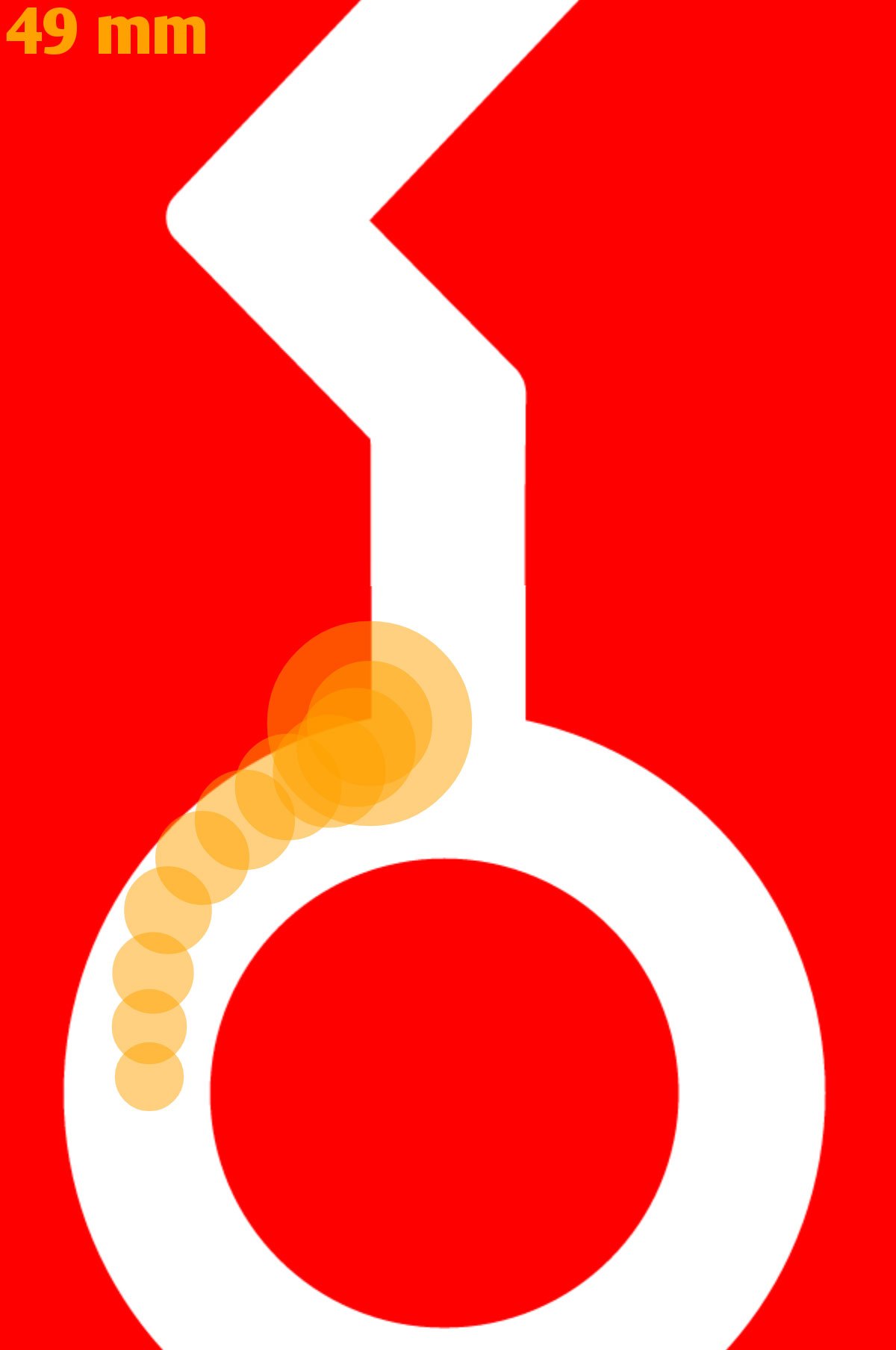 There is one thing to note: Follow The Line is free to download on the Google Play store, which means it’s supported by ads. This means that between every play session, the game throws up an ad for another app. This is all well and good, but the game seems to have trouble registering a touch to close the ad. This problem happened on both a Nexus 7 and a Galaxy Note Pro. There doesn’t seem to be a paid option to get rid of these ads, which is a shame.

Follow The Line is an example of how much fun a game can be, even without deep gameplay or high-gloss production values. It’s both delightful and challenging, and whoever developed it over at Crimson Pine Games deserves a high five for it.