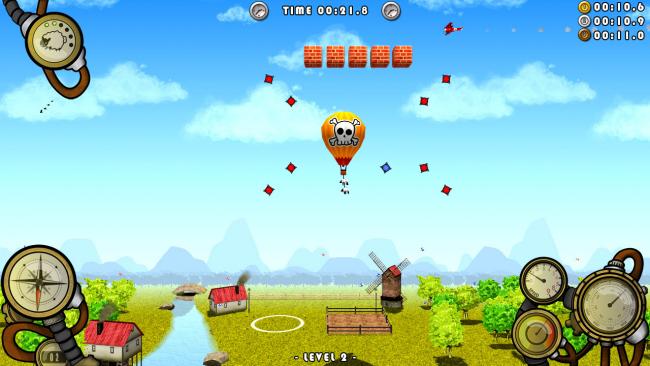 Sheep take to the skies, and it’s your job to bring them back down to Earth!

It’s difficult to tell whether developer Bad Mouse Digital Art purposely used the improper plural of ‘sheep” in the title of its airborne game just to be a bit edgy, or whether English being a second language for the company was the cause. As a journalist, it infuriated me far more than it should have, especially given that the word ‘sheep’ is then used correctly as the plural throughout the entire game!

Correct use of language aside, Flying Sheeps is an amusing puzzler that revels in careful touches and a great deal of patience. There are plenty of interesting ideas packed in, although technical difficulties bring the whole package down somewhat.

Your sheep have gotten out of their pen and wandered off… into the sky. With balloons tied to themselves. How they managed to pull this off we’ll never know, but it’s your job to head up into the blue with your hot-air balloon and bring them all back down.

Grabbing sheep is simple enough – touch them with any part of your balloon, and they’ll dangle from the bottom of your basket. Once you’ve picked them all up, it’s a case of lowering them down to the pen on the ground, and then proceeding on to the next level.

Unfortunately there are plenty of other obstacles roaming the skies, with mines, snowstorms, huge pipes blowing wind at you and, hilariously, wolves with balloons who will constantly chase after you whenever you have sheep in tow. New ideas and obstacles are added throughout the game, leading to an experience which doesn’t feel too repetitive as you draw close to the 50th and final level.

It’s not just the obstacles that provide clever scenarios, as the sheep come in a variety of types. For example, the bomb sheep will explode after 20 seconds if you don’t get him to the pen in time. However, sometimes you’ll actually need to purposely drop the bomb sheep to blow open holes, allowing you to reach other sheep you previously couldn’t.

The key point to note about Flying Sheeps is that it is rather difficult, especially later into the game, and requires precise movements and a lot of patience. Anyone looking to jump in and throw the hot-air balloon around at breakneck speed will be sorely disappointed, as even the slightest bumps will tear a hole in it and send you packing.

Flying Sheeps is good fun, but is let down by silly technical problems that really should have been cleared up before the game was launched. The game crashed numerous times for us during play, which became quite a nuisance after a short while. 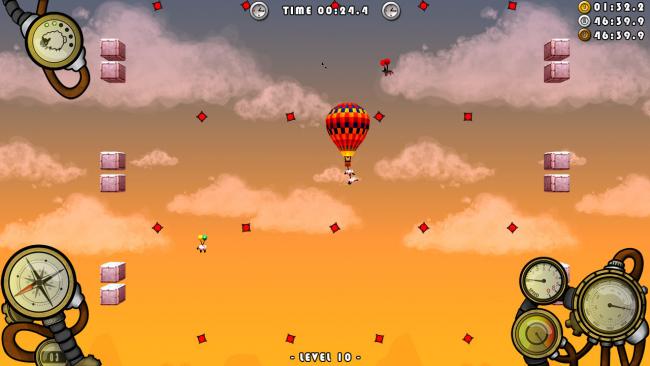 Still, there’s plenty of content to work your way through here, especially when you factor in the level editor, which allows you to create and upload your own sheep-ridden scenarios. Flying Sheeps is a pay-what-you-want release, so you can grab it for free or you can put money down if you feel the developer deserves some compensation for the work they’ve put in (and we’d like to think they do).