When we last left Jessie, the time-travelling heroine of the Flux Family Secrets series, she was stuck in the 1980’s, unable to return to the present day. And The Rabbit Hole picks up right where the first game in the series left off, further fleshing out the mystery of the Flux family while offering up a enjoyable blend of hidden object and adventure game.

The Rabbit Hole begins with Jessie face-to-face with a much younger version of herself. With the help of her younger counterpart, she’s able to find her grandfather who agrees to aid her in her quest to get back to her own time. In order to do so, she’ll first have to travel even further into the past and correct some mistakes caused by her prior time travel. Along the way she’ll come into contact with real-world historical figures like Abraham Lincoln and Henry Ford, helping them live the life they were meant to. After all, what would the world be like if Henry Ford made watches instead of cars? 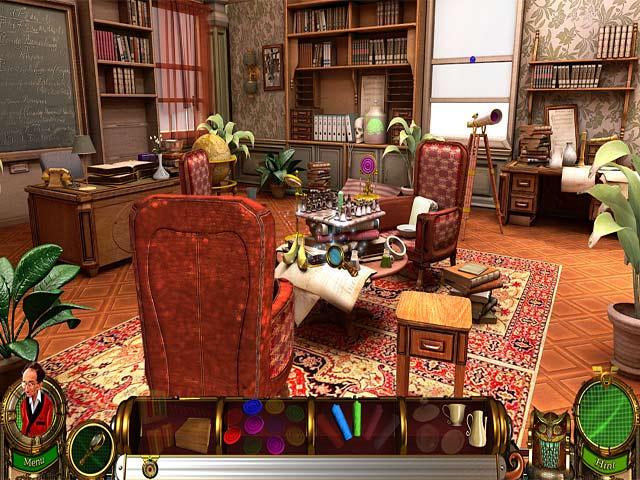 The game feels much lighter than its predecessor when it comes to the number of historical figures you’ll get a chance to interact with, and has very little focus on enlightening players about the past as the previous game did. Instead, much of the focus story-wise is on Jessie and the Flux family. Throughout the game you’ll come across numerous notes and letters, which help to further explain the story, while at the same time raising plenty of new questions. These notes are completely optional and can be skipped if you choose to, but for those interested in the story they do a good job of expanding the narrative.

The Rabbit Hole plays pretty much identically to its predecessor, featuring a combination of traditional HOG gameplay, fragment object finding, and mini-games. Most of the scenes will have you searching for pieces of objects, which, when completed, will be necessary to progress. Sometimes you might be finding pieces of a railway track, while other times it might be a key of some sort. The environments you’ll explore are mildly interactive, as you’ll occasionally have to push an object out of the way in order to find what you’re looking for. Sometimes you’ll also enter into a more traditional HOG scene, where you’re given a list of objects you have to find. You can move between the scenes freely and there is no time limit. 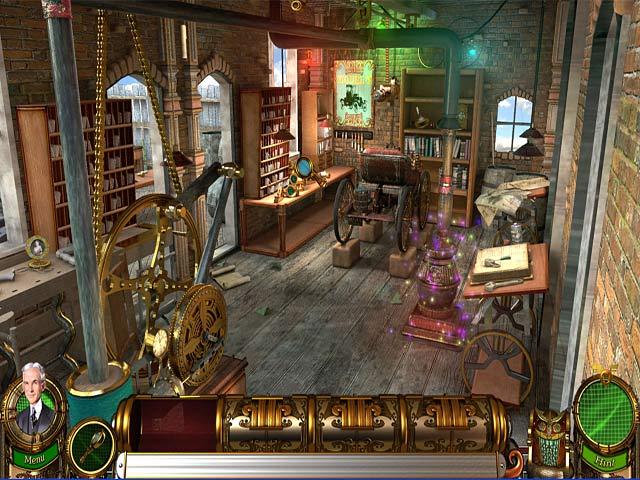 Finding objects is somewhat challenging, as the game often tasks you with tracking down really tiny objects or even the dreaded long, thin object that’s almost impossible to find. But this level of challenge is mitigated greatly by a hint system that recharges incredibly quickly, letting you easily avoid the frustration of getting stuck on a particular object. There’s also a magnifying glass that lets you zoom in on the scene, though in practice it’s of little use.

All of the objects you’ll find in the object fragment sections will be used at some point later in the game. Sometimes it’s as simple as putting a lever back onto a machine, while other times using the item will necessitate playing a mini-game. The mini-games in The Rabbit Hole are a mixed bag, and include some of the most common and overused games out there such as Simon or sliding block puzzles. But there are also some genuinely clever and fun games, such as one that has you actually tapping out a Morse code message. The mini-games are also completely skippable so you don’t have to bother with them if you don’t want to. 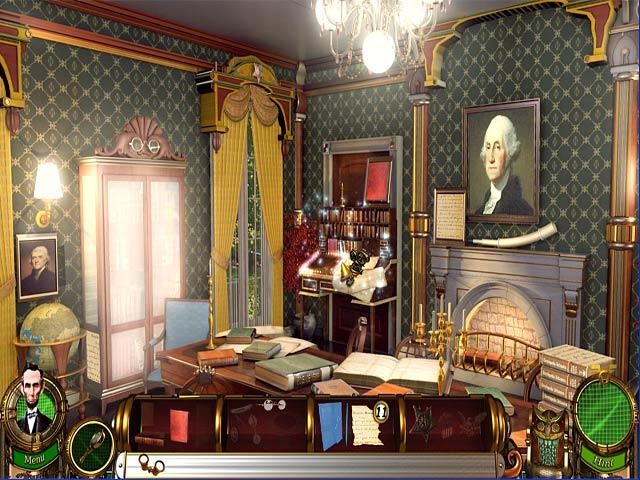 In addition to featuring the same gameplay as The Ripple Effect, The Rabbit Hole also features the same gorgeous visuals. Only this time the game gives you the option of playing in HD, provided your monitor and video card can support it. The results are beautiful, but even without the HD effects turned on, the game looks great. The only issue with the game visually is that the flat, cartoon style characters don’t quite fit in with the richly detailed environments.

The Rabbit Hole doesn’t do much that you didn’t already see in the first Flux Family, instead it builds upon that foundation, helping to further expand Jessie’s story and the mystery of the time travelling Flux’s. It also offers up quite a lengthy adventure, encompassing 12 chapters that will take several hours to finish. And what it loses in originality it makes up for with quality, offering a fun adventure that sure to please HOG fans.