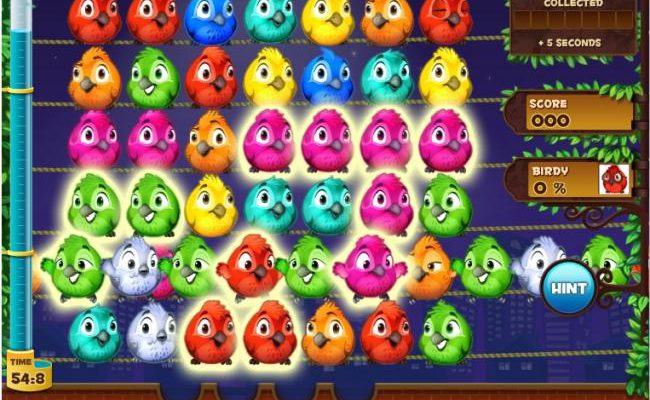 Casual games must be going to the birds. You’ve seen the feathery protagonists angry, you’ve seen them gadding about with rockets strapped to their back, and now you can find them being, well, fluffy. Fluffy Birds Flash isn’t entirely a bird of a different color — it’s hard to shake the impression that the developers used Bejeweled as a foundation — but it spreads its wings far enough to yield a style of addicting gameplay that’s distinctly its own.

If only it were clear how to play it. 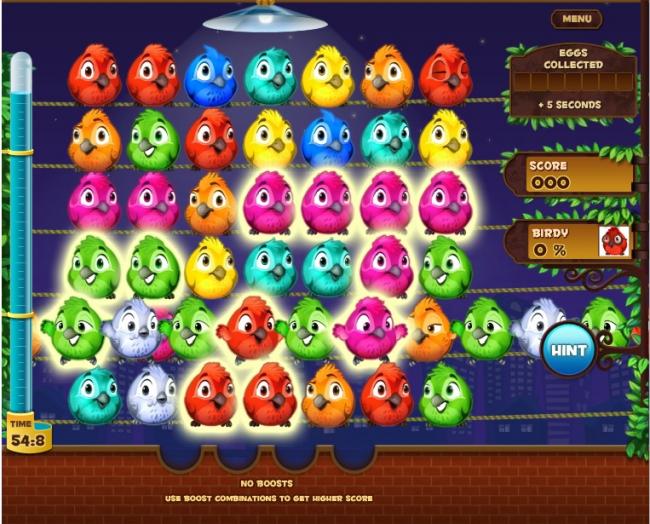 Fluffy Birds Flash doesn’t provide much in the way of a tutorial (and consulting the iPhone/Android version isn’t much help), so learning any strategy beyond the basics requires several rounds’ worth of trial and error. Thankfully those basics are simple. The board itself features six rows with seven birds apiece, and selecting one bird allows you to move its entire row either vertically or horizontally. If you can match the bird with three or more birds of the same color, they’ll vanish from the board and new birds will flock to their place. Making matches occasionally creates an egg, and you can collect these eggs to fill a meter in the upper right that will grant five extra seconds once it’s filled. Matching five or more birds creates an electrically charged bird that detonates all the surrounding birds once you make a match, and building up multipliers swell your score if you start matching birds quickly enough.

As with Pop Cap’s Blitz games, you have one minute to use these tactics to achieve a higher score than your friends during the weekly tournaments. And also like the Blitz games, you can spend the golden eggs you receive for finishing a round on boosts to help you achieve a higher score. Most of these will be familiar — a free multiplier, a 10-second extension of your gameplay, a power-up that explodes every egg on the screen — and you can purchase more for a handful of Facebook credits if you run out. There’s even an automatic “hint” option that will help out if you’re stuck for more than a couple of seconds. Fluffy Birds Flash seems to have everything necessary for a successful social puzzle game. 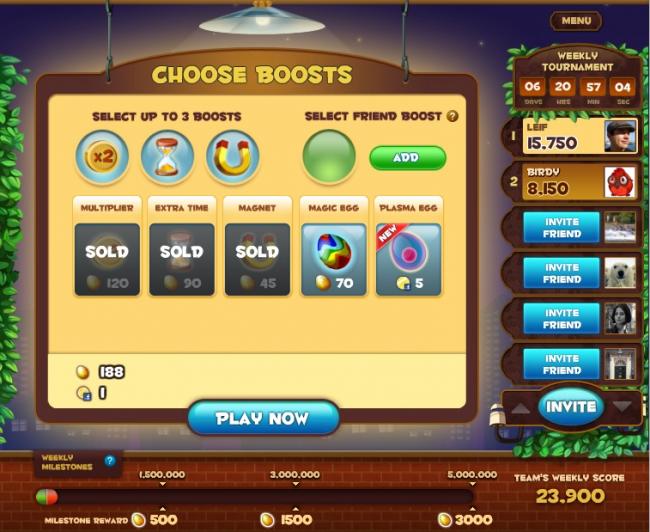 It’s not until you compare the mobile version of the game that you realize what’s missing. The Facebook version of Fluffy Birds Flash lacks both music and full sound effects; additions that add both excitement and extra layer of cuteness to GameDuell’s already sugar-coated adventure. The squawks and dings that make up most of the game’s current effects aren’t bad, but the effect is akin to eating a chocolate cake without icing. But, thankfully, these aren’t game killers. If you’re willing to look past the bird-brained tutorial and missing audio elements, we’re sure you’ll enjoy joining this new title’s already soaring numbers.