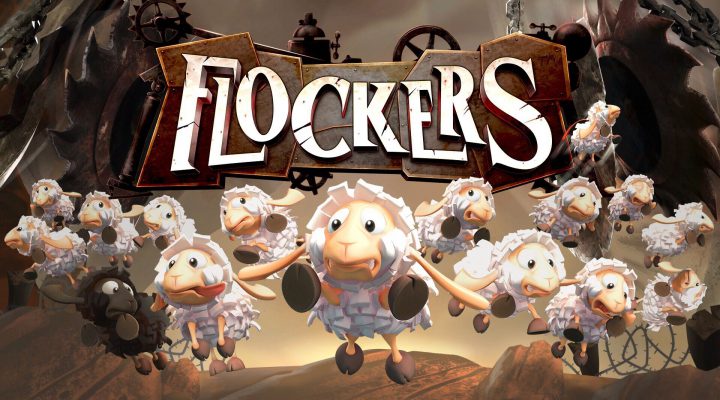 A fun spin-off of the Worms franchise.

The gameplay was repetitive, not much variation.

It wasn’t until very recently that I first played a Worms game. My friends insisted I pick up Worms Reloaded during a recent Steam sale and join in with them. Reluctantly (how exciting can a game called Worms be?) I purchased it, booted it up, and spent the rest of my night having a blast battling against my friends.

In Worms, players control a handful of worms attempting to destroy their opponent’s team of worms. The game is very tongue-in-cheek, with the worms launching RPGs, shooting shotguns, or punting exploding sheep at the other worms.

Over time the exploding sheep became a popular aspect of the Worms games, making appearances throughout the series. There were even Worms sheep stuffed-animals for a short period of time.

Worms developer Team17 has taken their fan’s adoration of the fluffy weapons and created a puzzle game that puts the sheep in the spotlight. Flockers is all about saving (rather than slaughtering) the fluffy farm animals while still retaining the charming absurdity that fans have come to expect from Team17’s games.

Flockers has players guiding a group of sheep through levels filled with all sorts of sheep-killing machinery. As I played through the game, I envisioned I was guiding the sheep out of the factories in which the worms stuffed them with explosives to use in the Worms games. But maybe that’s just me thinking about it too much.

Regardless, the steampunk-ish level design seems a bit odd for it being a game that is based in the same universe as the Worms game (there are Worms in Flockers). Where Worms is bright and colorful, Flockers is metallic, rusty, and depressing.

Luckily guiding the sheep through the grim environments is simple thanks to the easy-to-use tools that are displayed along the bottom of the screen. Only objects that are of use are ever displayed, so you don’t need to worry about not having the right items to get the job done.

The sheep traverse through the levels on their own, mindlessly heading in whatever direction they are facing (like Lemmings). It falls to the player to safely guide them from the drop-off point to the end zone. Players can survey the level as much as they need to beforehand, in order to formulate a plan of action before tackling the level, and the game can be quickly paused if further reassessment is needed once the sheep are brought into play. 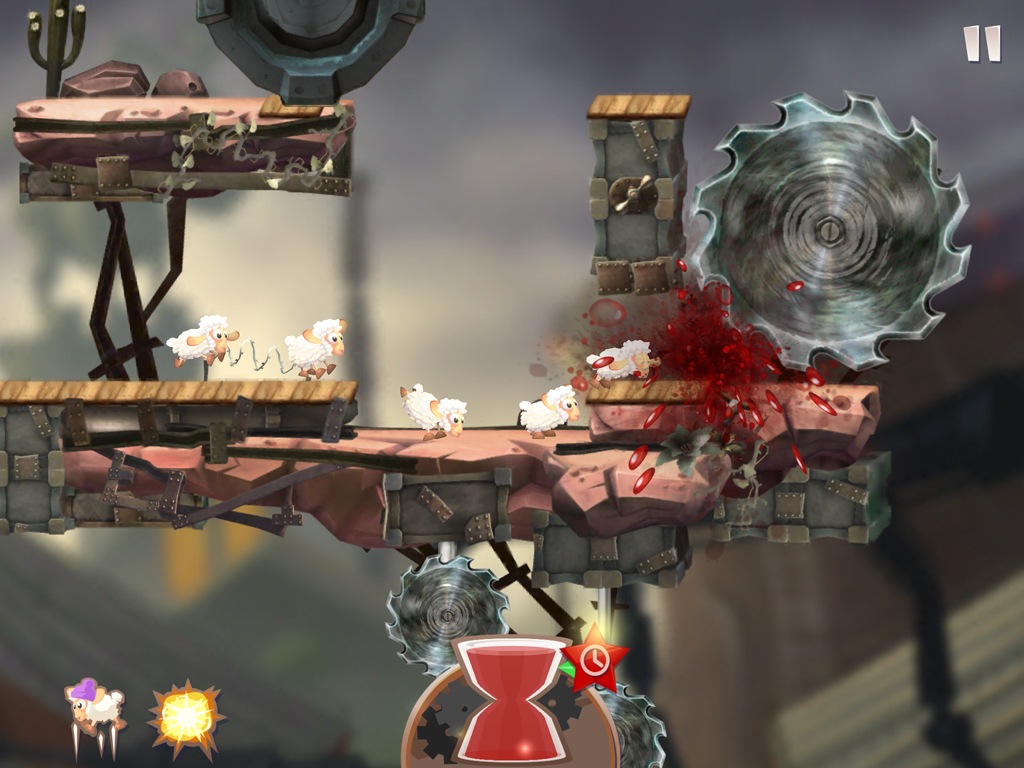 The tools mixed with the applicable abilities allow players a good range of options for use in each level, but at the end of the day there is largely only one way to proceed through a level. What determines the various degrees of success is the player’s efficiency in each level. You can beat a level by only getting a single sheep through the level, but you’ll get more points for shepherding a larger number through the end-zone, and if you do so without wasting any time and scooping up the caged sheep along the way, more points to you.

The reward for doing well is wool (which you can also buy directly through in-app purchases). Wool is used to purchase additional cosmetic skins, as well as allowing the player to pay a wool-toll to bypass levels they are having trouble with. Some of the skins are pretty cool; my personal favorite was the pixelated sheep.

For me, Flockers began to feel repetitive around halfway through the second (of six) zones. The game just wasn’t giving me enough incentive to keep playing. The “fun” of watching cute little sheep massacre themselves on a saw blade dulls after witnessing it a few times, and the depressing environments just nudge the game towards feeling like a chore to complete.

Apart from the cosmetic skins, there is no motivation to go back and repeat levels (unless you get extra mileage out of beating your own scores for the sake of it). Because wool is only used for the skins and to skip over difficult levels, I figured if I’m only collecting wool just to skip over parts in the game…what’s the point in playing?

Flockers is a good game that just wears out too soon. With a bit more early-game variation (more abilities or changes in level design) Flockers could have kept me engaged longer. If you can ignore the rust, Flockers is a solid puzzle game that you’re sure to get some fun out of.

Socioball Review: Rollin’ With Your Homies