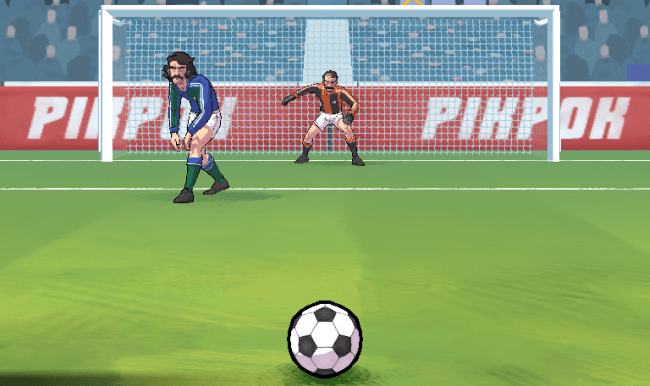 We don’t all want to watch football for the commercials

Soccer, or football as they call it everywhere but here in America, is a funny game. Sometimes you lose sight of how humorous it can be until a game reminds you, which is what Flick Kick Football Legends does so well.  The gameplay isn’t too shabby either, but a veritable barrage of ads kills the mood a bit. Actually, the onslaught kills it more than a bit, which is rather unfortunate.

You won’t find a more pleasantly surprising set-up for a game than this one, which places you at the helm of a football squad seeking to reclaim some of its lost glory. The thing is, the rebuilding is only necessary because one of the star player’s power-up shots went awry, killing the old manager in a fiery explosion. It’s a clever bit of poking fun at video game conventions that’s presented in comic book style, and as an added bonus, the tutorial is woven into it too. 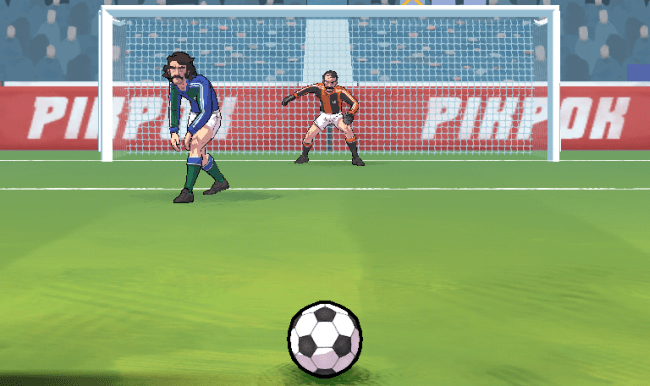 As you’ll soon discover, the ghost of the old skipper is still around to help mentor you. With his help, you set off to advance back up through the league system in what appears to be a fictional 1970s England, building up your team with better players and winning promotions to ever tougher leagues. In between matches, you’re offered some choose-your-own-adventure style decisions which could lead to added funds or bonus experience points for your players if you pick right, and cost you coins or debuff your stars if you don’t.

The actual football is proof that complicated mechanics aren’t necessary to make a fun sports game. When your team has the ball, you simply flick (hence the game’s name!) to pass to an open teammate, hopefully advancing up the field. If you get it to a man close to the opposing goal, he can take a shot in the same fashion. Misplayed balls cost you possession, and though they’re rare, there are even free kicks, corners, and penalties. Tougher opposition tests you with tighter marking and defenders who move to block your passing lanes.

Defense is much the same, as you have to time your swipes to steal the ball or intercept passes. Even your keeper gets a final chance to save shots headed for the net, though these tend to have the smallest margins for error. Successful plays on both sides of the ball earn XP for your players as well. Games are quick, taking just a few minutes to finish. 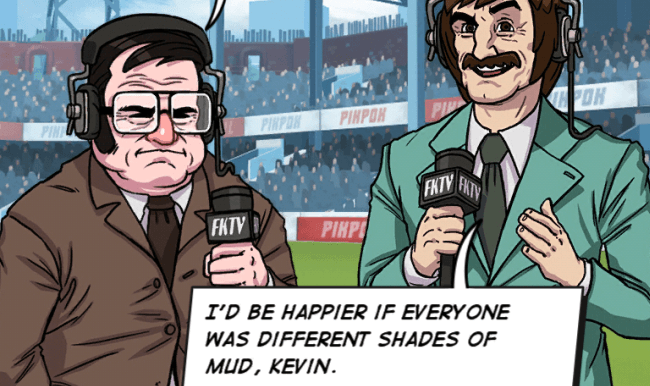 In between matches, you’ll have a chance to check on the progress of your players, who level up with enough experience and can learn some useful special abilities. The one that expands the size of the net is especially useful, as you can probably imagine. Coins won on the pitch can buy you packs of new players, but even better athletes can be found in packs purchased with previous cash. You can get your hands on some green by winning league titles or buying it via in-app purchases (IAPs).

Cool, that’s how the developer PikPok chose to monetize the game, right? Well that’s one way. Another way is ads, and they are everywhere.  We’re talking banner ads up top during matches, some kind of “reward” system after games, and pop-up commercials, complete with video. They’re not even close to being in the same format either, meaning you’ll have to search for where to tap to dismiss them. I’ve been reviewing mobile games for almost two years, and I can honestly say that Flick Kick Football Legends has the most invasive advertising I’ve seen so far. 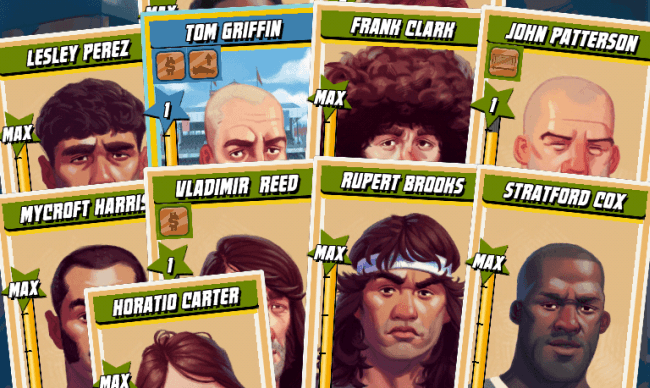 And yet, I still find myself teetering on the edge of recommending the game anyway because the rest of it is so good. The story blends sports clichés and surprises in equal parts, and the commentators are legitimately hilarious – particularly if you’re a football fan, but still good for some laughs if you aren’t. The gameplay is just interesting enough not to get too repetitive, and it’s fairly challenging to boot. The promised infinite league and multiplayer also hold plenty of promise.

Consider my score something of a compromise then. If you can shrug off those ads, which would take shoulders of steel, Flick Kick Football Legends has a lot to offer. But I’m probably not alone in thinking I would have gladly paid a few bucks to play this game and saved myself some misery in the process. Make of that what you will.