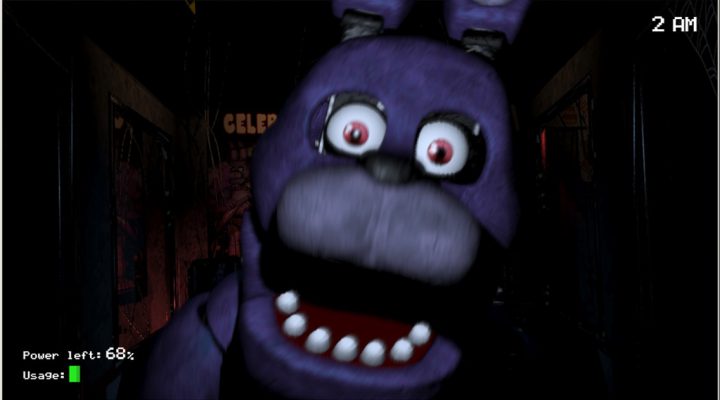 The use of paranoia to frighten the player, not just jump-scares, is utterly brilliant.

Nil - If you like a good scare, we really can't find a single thing you'll be unhappy about.

You control the nightwatchman at a Chuck-E-Cheese-esque restaurant, Freddy Fazbear’s Pizza, working the 12am-6am graveyard shift. There are several animatronic creatures that wander around, and they’re out to stuff you in one of the empty creature suits because they think you’re one of them. So you have to monitor the security cameras, keeping an eye on each one, locking the doors when they come near. But there’s a limited electric supply to trigger the doors, lights, and monitor the cameras, and if you run out of power before 6am hits, then Freddy will try to get after you. The goal is to last five nights – in what I suppose is a statement about the current economic climate, after night 1 of dealing with murderous animatronic creatures, you return for more. You must really need that paycheck. 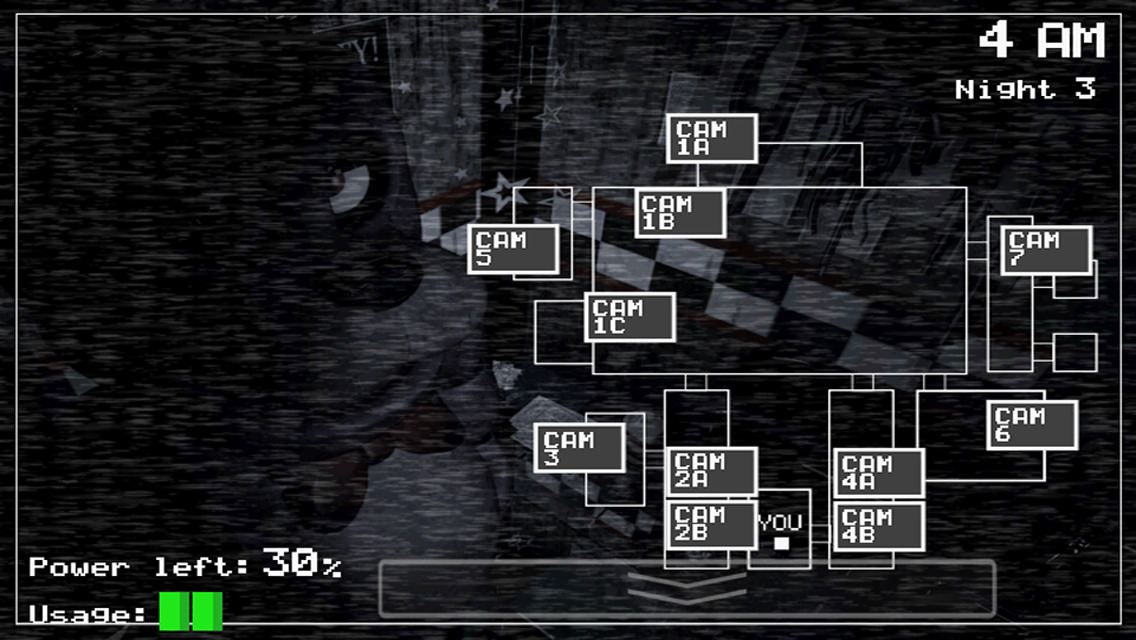 The game is an absolute master of paranoia. The scares are primarily jump-scares, where something suddenly pops out of nowhere, and a grisly demise is heavily implied. But the real fear is in making sure that doesn’t happen. You’re constantly checking, looking to see where the creatures are, discerning if that shadow is a creature on the move or if you’re safe. And the power constantly draining means that you’re always worrying about that too.

The creatures out to get you are governed by certain rules, but figuring them out takes time and practice. And because you just don’t know, and the game introduces a new twist each night for you to manage. You can never be comfortable, never feel safe.

The game’s limited production values wind up only adding to the dread. You don’t see everything moving around on the screen, just the static images that periodically change. Not being able to clearly discern everything is part of the fear. And then one of the faces of the creatures suddenly shows up outside your window, illuminated only by the light that you have to turn on. Play this game with headphones, not just because there’s excellent sound design, but also because you need to be able to hear what’s going on to detect when creatures are near.

The scariest part about the game is how every single way that you have of protecting yourself and monitoring the situation drains your power even further. So sometimes you just have to sit there, only draining the power ever more slowly, hoping that 6am comes and you’ll still have some power. Or that if you run out, that Freddy’s song he plays before your demise is the long version. And then the game, because it is a phenomenal jerk, leaves you hanging for just long enough so that you don’t know if you’re going to live or die. 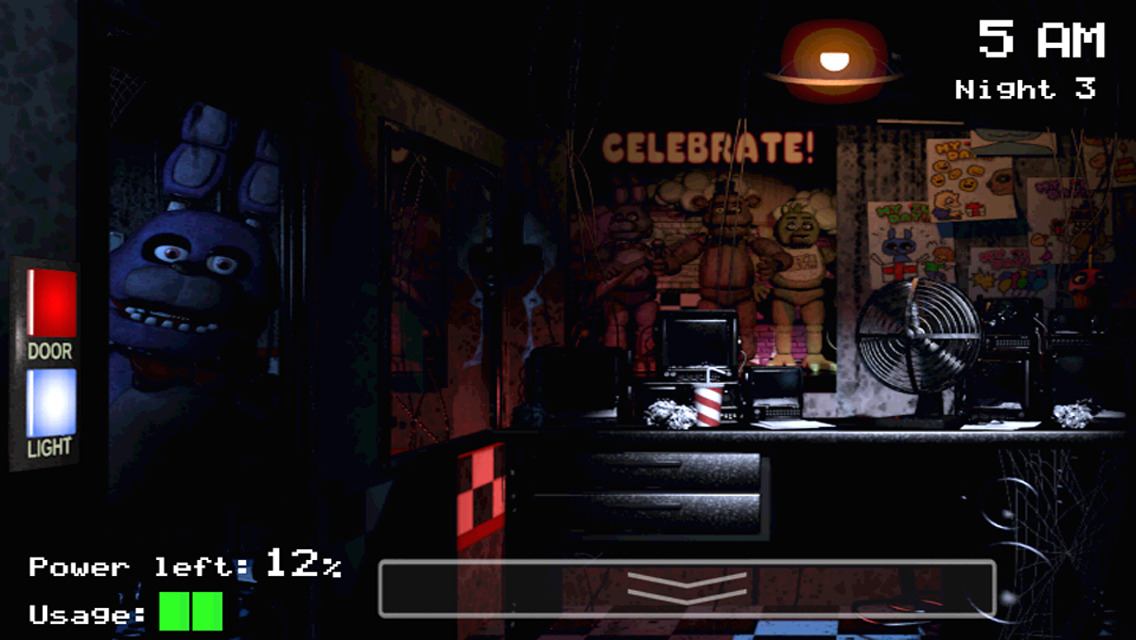 It’s easy to see why this game has become a sensation. It’s brilliant at inducing a fear of the unknown. The game is so random, so different each time, that it’s always a fresh experience and leaves you on your toes. As well, there’s a great air of mystery surrounding the game, from the creepy phone calls to the hints of just what makes the creatures so murderous. Looking online reveals a lot of people chatting about the lore and trying to discover more about the game and how it works. And I can see why – when presented with a mystery, people want to figure it out.

So if you’re curious about this game after hearing about it over the past few weeks, or even just am wondering why this game with the ugly bear icon is so high up in the charts, check it out. It’s a brilliant horror experience.

Need some help surviving the night? Be sure to read our Five Nights at Freddy’s Tips, Cheats and Strategies.

Plunder Pirates Review: These Be Fine But Familiar Waters