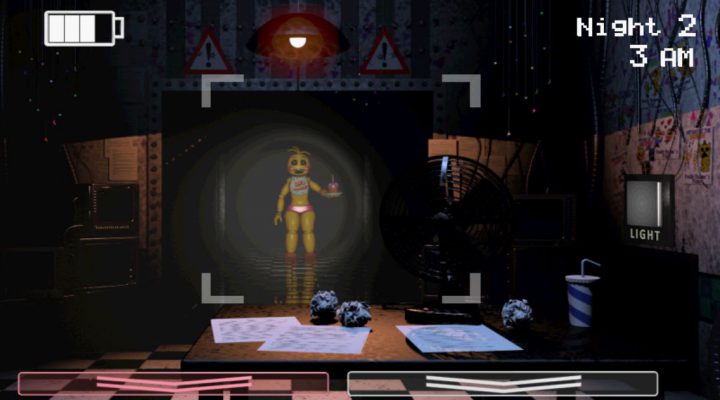 Relies more on psychological horror than blood and gore.

Tons of buried lore and Easter eggs to look for.

Game gets very difficult in later nights, dampening the atmosphere.

Even after tons of retries, game is quite short.

Uh, hello? Hello hello? If you’re reading this, chances are you’re interested in Five Nights at Freddy’s 2 and everything it offers. Here’s what you can expect: A perpetually elevated pulse and nights of uneasy sleep from an onslaught of subtler psychological terrors.

Like the first game, Five Nights at Freddy’s 2 puts you in the uniform of a security guard that’s been hired to keep an eye out on a kids’ pizza joint during the night hours. And, like the first game, the venue’s Chuck E Cheese-style animatronics will gnaw on your head if you give them half a chance. 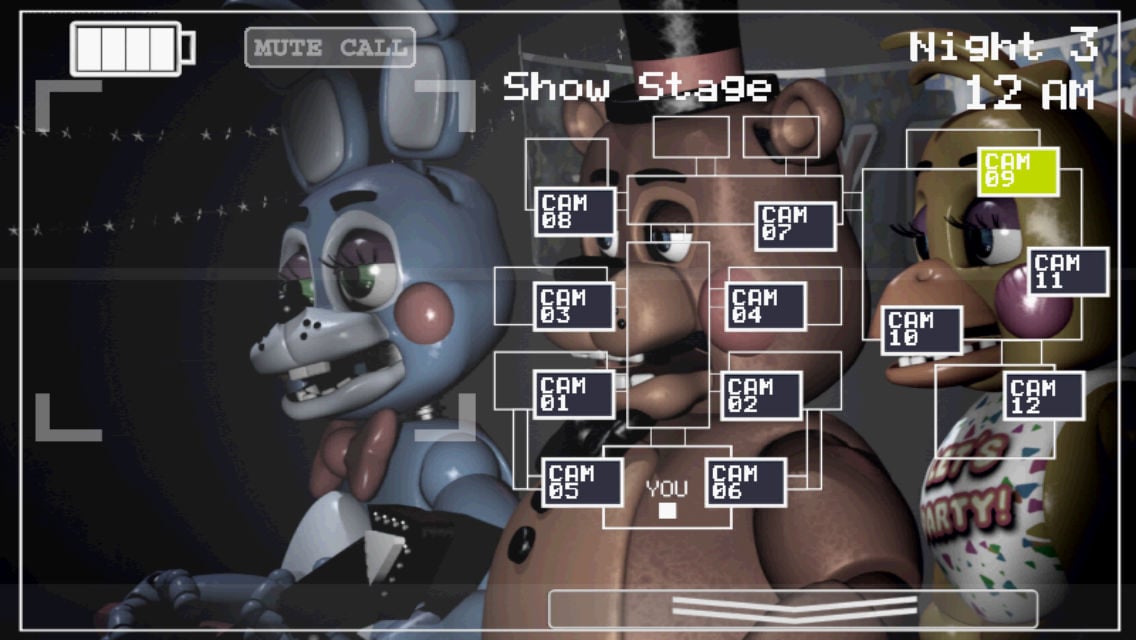 The number of animatronics on the prowl has been bumped up considerably in Five Nights at Freddy’s 2, which understandably does a number on your blood pressure. They’re in the vents. They’re at the door. They’re leering at you from the end of dark hallways. They’re everywhere you don’t want them to be.

Whereas the original Five Nights at Freddy’s let you shut the door on undesirables, the security office at the new Freddy Fazbear’s pizzeria lacks any kind of barrier. Instead, if one of the animatronics wanders in to say hello, you can (try to) fool them by slipping a Freddy Fazbear mask over your head. With luck, they’ll believe you’re one of their own and leave you alone.

Unsurprisingly, the mask doesn’t fool all the animatronics. For that reason, the task of surviving becomes pretty hectic by night four (there are five nights in all, plus “overtime” and customizable levels). Five Nights at Freddy’s 2 is far more intense than its precursor to the point that things get ridiculously overwhelming. While the intense challenge is appreciated, it also mutes the game’s spooky atmosphere. You’re so busy, you forget to be creeped out.

Not to suggest for a second that Five Nights at Freddy’s 2 isn’t scary, because it most definitely is. Jump-scares are a major source of freakouts, but it’s the quieter shocks that are worth mentioning: Putting down your security monitor to find Freddy himself staring directly at you, mangled animatronics taking up residence on your ceiling, the thud-thud of your foes slithering through the ducts – it’s all here. 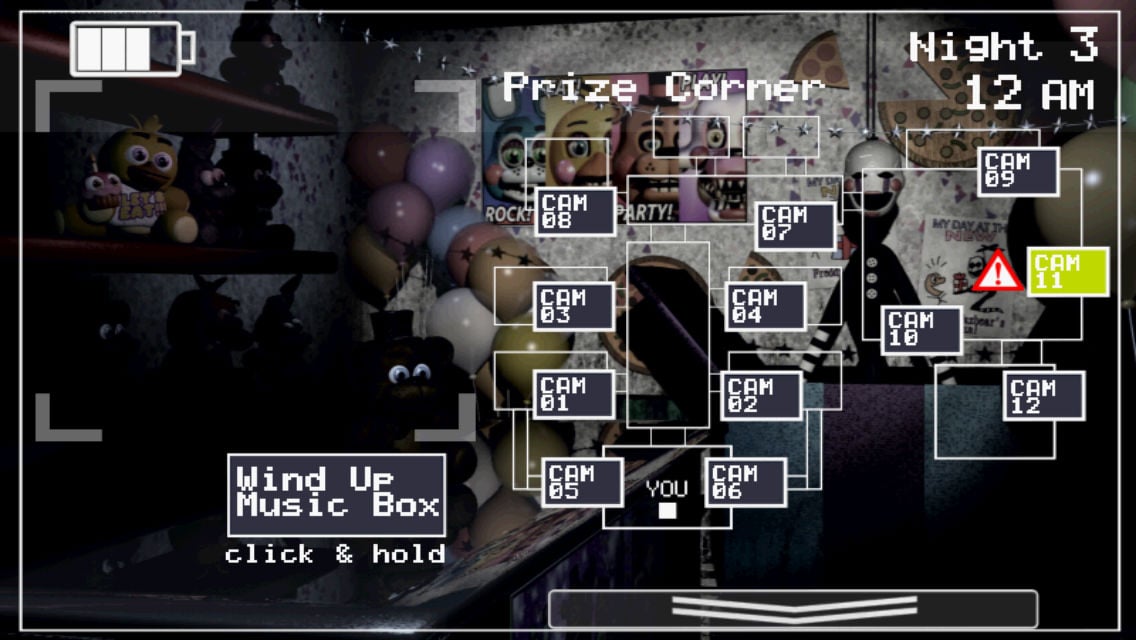 And just to top things off, when you think you’ve experienced every scare the game has to offer, it throws something completely horrible at you. The first time you shine your flashlight down the main hallway and spot the half-legendary animatronic “Golden Freddy” staring back at you with empty eye sockets, you are well within your rights to pee your pants a little bit.

The pacing of Five Nights at Freddy’s 2 can use some fine-tuning, as things just get frustratingly crowded in the later nights. That being said, it is certainly a must-play for fans of the first game. Newcomers may want to start their adventures with Freddy’s at the old location first, but both Five Nights at Freddy’s games are worth pulling a double shift for.

Need some help surviving the night? Check out our Five Nights at Freddy’s 2 Tips, Cheats and Strategies.